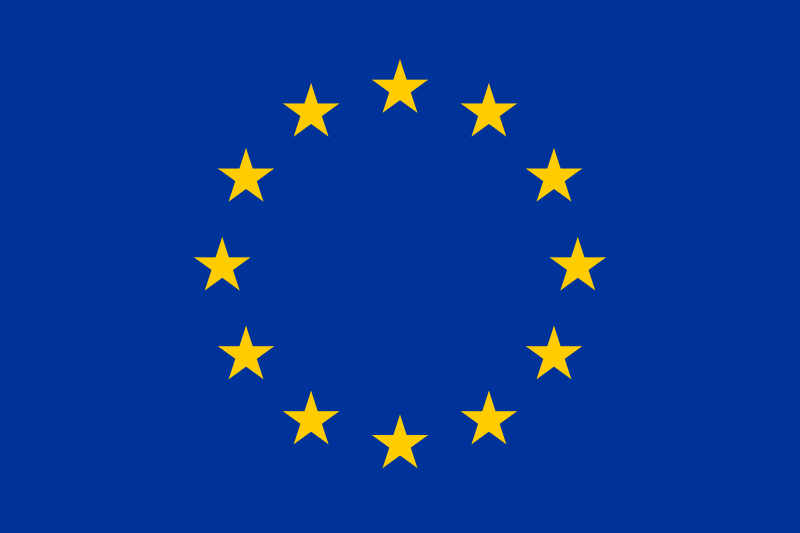 There’s nothing like a crisis to get people together, is a theory quite applicable to nation-states also and is being exhibited currently by the EU. The EU, with its lack of cohesion, has barely been able to make its impact on global issues so far, however, its resurgent, post-COVID mould is taking firm steps to remind the world of the influence that EU can unleash in geopolitics and also international trade. However, can India bank on EU in an adverse situation? The author elucidates.

Europe has been a geo-political non-entity since the 1990s. With the largest economy in the world, 450 million people, and defence spending comparable to Russia’s, the continent could be a colossus. Yet, Europe has never come close to equaling the combined clout of its constituent countries. Beset by chronic economic, political, and institutional limitations and crises, the European Union (EU) has, for the last three decades, exerted remarkably little influence on global affairs. Europe’s most powerful member states, meanwhile, have either seen their sway diminish, as France has, or, like Germany, resisted taking up the mantle of international leadership.

Analysts have come to see European fecklessness as a given. Not only has Brussels disappointed by refusing to share more of the burden of collective security but it has punched well below its diplomatic weight on matters of global import. The EU for geopolitical observers has always been fragmented and restrained by a hybrid political system; part federal state, part multilateral organization. The main weakness in the organization was that the EU HQ was not empowered. Once empowered (rarely did all 27 members agree unanimously) they were effective like playing a big role in regulating the global markets, but consensus vital to respond to a global/European crisis including foreign policy decisions was always missing.

The COVID-19 pandemic appears to have awakened the continent from its decades-long economic and political slumber and reinvigorated the EU integration project. Jean Monnet, one of the founding architects of the European Union, famously said that “Europe will be forged in crises.” A more confident and assertive EU wants her legitimate place on the world stage. After a disastrous start, the EU and its member states largely handled COVID effectively and started speaking in one voice.

In recent months, EU has made a series of uncharacteristically assertive moves;condemned China unequivocally by calling China’s new national security law on Hong Kong ‘deplorable’, banned exports to Hong Kong of all sensitive technology and equipment specially those usable for surveillance; on 20th July, imposed cyber-sanctions on China, Russia, and North Korea; in August, condemned the fraudulent election in Belarus and are pressuring Russia aimed at forestalling Russian intervention.

EU members have understood the dictum ‘perform collectively or perish individually’ in this multi-polar, multi-domain, the volatile and insecure world (especially once the USA refused to police the world, and other illiberal contenders like Russia and China emerged to fill the vacuum). They took a momentous step of passing a $2 trillion economic recovery package, which closed the chapter on a decade of crushing economic austerity, which fanned rise of populism, reduced support for the EU, and put the euro perpetually on the verge of an economic crisis. Combined with the enormous stimulus spending of individual European states, the rescue package puts Europe on course for a strong economic recovery. It will act as the ‘magic mantra’ to ensure the expansion of EUs federal powers. EU can now borrow, tax, and spend like an actual state; and most importantly generate resources to respond to any future crisis.

Leaders, especially of the larger nations want to reinterpret EU rules, like seek a ‘qualified majority’ against a ‘unanimous verdict’ hitherto fore required. As JosepBorrell, the EU’s Foreign Policy Chief, explained, “It would be better to adopt a strong and substantial position by a majority rather than unanimously adopting a weak position with little substance.” While this has not been formalised, COVID crisis has made it realistically attainable. Germany’s Merkel and France’s Macron are already clamouring for major reforms within the EU.

It’s Obvious: EU Needs to Look after Herself

President Trump unequivocally verbalized the obvious, that USA would no longer protect Europe, which necessitated the implementation of ‘strategic autonomy’ which calls for Europe to defend its sovereignty and advance its interests independently from the United States.

For EU too, China is the Game Changer

Like most nations, the EU viewed China through the economic prism and hoped that openness and trade would lead to political liberalisation and even to democratisation. In actuality, China became more illiberal, imposed harsher internal rules, indulged in unfair trade practices; but the decisive turning point was COVID 19.

China’s aggressive behaviour using all domains of PDIME (political, diplomatic, intelligence and influence, military and economic operations) needs no elaboration and has put the world on notice. It has certainly alarmed EU and created a conflict of interests between economic cooperation and ideological differences, with a looming prospect of an emerging dominant illiberal hegemon who does not conform to established protocols of the existing democratic world order.

Chinese domination could derail the dream of EU converting into a federal union, with fresh internal challenges, the impetus to populist politicians and extreme rightists; increasing economic asymmetry between north and south, and encouragement to illiberal policies and mindsets. Concurrently, EU emerging more cohesive post COVID leading to a stronger global player is good news for the USA, India and the world. EU will have to play a stellar role for the continuance of liberal democratic values (effective diplomacy, largest economy, rising joint military power and influence).

President Xi’s actions post-COVID may achieve the dubious feat of alienating the Europeans faster and further than even President Donald Trump. China’s strategy is to prevent the European Union and the US from ganging up against China. Xi is hoping to make a breakthrough during the EU-China summit scheduled on 20 September, for which he despatched Foreign Minister Wang Yi to five EU nations to do the preparatory spadework.

The visit did not proceed as expected (cold receptions compared to platitudes and eager voices for economic reasons), and to top it all, during his stopover in Berlin, he was outraged at the President of the Czech Senate, Milos Vystrcil’s visit to Taiwan on 30 August, and thundered in a joint press council that Czech Republic would “pay a heavy price,” and that the Czech’s “betrayal” made him “an enemy of 1.4 billion Chinese people.” The attending German EAM responded strongly condemning the threats, which was quickly supported by most EU countries.

The days of looking the other way at Chinese human rights abuses of Uighurs, wolf diplomacy, bullying in world institutions and forums, unfair trade practices, intellectual property theft, Hong Kong law, belligerence in China Seas are over, as the list had become too long, and EUs strategic autonomy was at stake. EU like USA, India, Australia and a few others have started restricting China.

However, ‘realpolitik’ is the final arbiter, on how far EU is willing to go against China. EU is not yet ready to decouple from China like the USA but diversify. EU understands the need for cooperation with China for global common challenges (climate change, disasters) as also bilateral and collective economic benefits. EU ultimately wants to create its own meaningful space in the multi-polar world.

In 2018, the EU released a new strategy for cooperation with India, ‘calling it a geopolitical pillar in a multipolar Asia, crucial for maintaining the balance of power in the region’. Paris and Brussels have been actively pushing Europe to see India as a strategic partner. EU’s statement on the current India-China face off calls for a peaceful resolution which is crucial for regional and global stability.

Some of the important takeawaysbased on a sound relationship being natural partners are:-

·        Countering China: EU can be a reliant partner for India to counter China. EU is an important market for China and can effectively use its influence to moderate Chinese belligerence.

·        The EU has its own connectivity strategy, providing around €414 billion in aid globally, and is already partnering with Japan and the US to provide alternatives to BRI. India can form a partnership.

·        India must exploit the opportunity to approach the European Investment Bank,especially for its growing infrastructure expenditure and expertise needs.

NATO’s views will be synonymous with EU’s and reacting to Chinese belligerence, NATO’s Secretary General Jens Stoltenberg on 20 June, warned about China’s increasing influence in geopolitics that has led to a fundamental shift in the global balance of power, and that China is coming ever closer to Europe’s doorstep, and exhorted NATO allies to face the challenge collectively.” India cannot expect anything substantial from NATO except for calls to de-escalate tensions.

The Way Forward for India: Pragmatism and Realism

BhanuPratap Mehta in a recent article summed up the current realism in global geopolitics succinctly when he said, “it is an odd moment in global affairs, where there is recognition of a common challenge emanating from China, but no global appetite to take concerted action.”

Though China is currently everyone’s favourite villain, few countries are going to put their money where their mouth is. In all probability, the international community will throw platitudes regarding the India-China conflict as they don’t perceive direct stakes. The USA and her allies currently want ‘China down and cut to size’ based on their own national interests, and India must exploit this global outrage. The more belligerent China gets or attempts to escalate the LAC standoff, India must not hesitate to collar world opinion in words and deeds to stymie China. India has to handle both China and Pakistan on its own, and must build its CNP (comprehensive national power – all domains to include economic, military, diplomatic) accordingly.

About the Author: Lt Gen PR Kumar (Retd) served in the Indian Army for 39 years, He was the DG Army Aviation, before superannuating from the appointment of Director General of Military Operations (DGMO) in end 2015. He continues to write and talk on international and regional geo-political, security and strategic issues. He can be contacted at prkumarsecurity.wordpress.com and perumo9@gmail.com