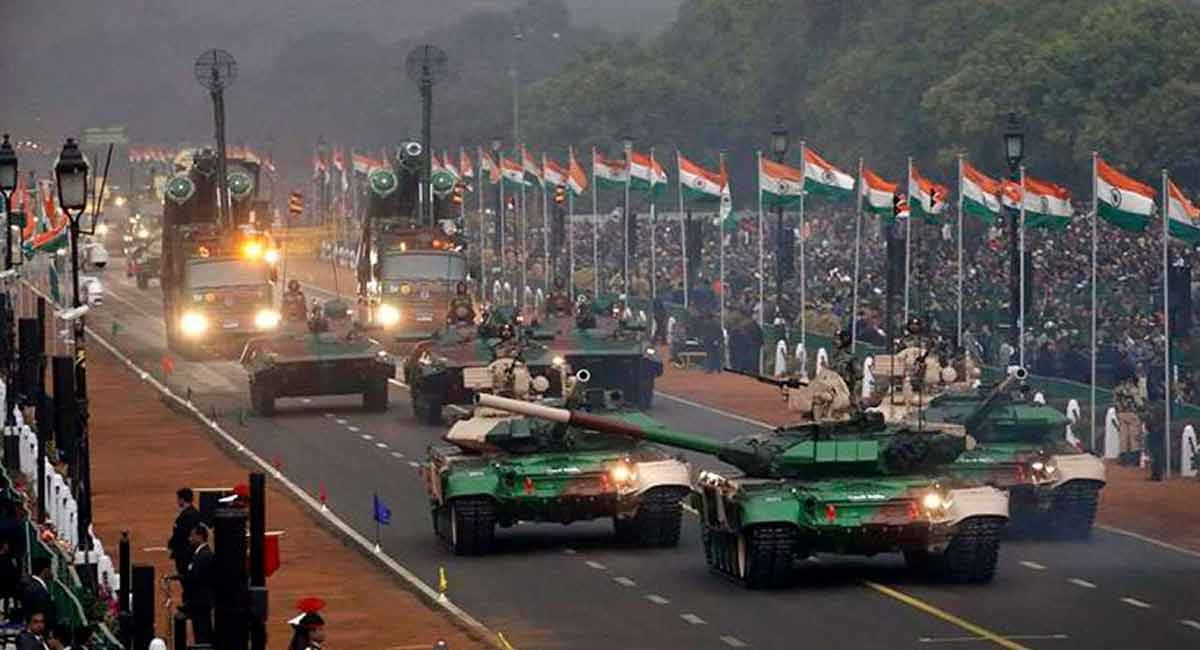 Successive editions of Defence Procurement Procedures/Defence Acquisition Procedure have not been able to transform the acquisition processes to an endeavour that is focused more on acquiring domestic products. There is a requirement to augment our current processes by launching a portal that will provide requisite information of Indian products and capabilities, especially those of our MSMEs and Start-ups. The article provides a model that holds out large dividends.

India has displayed its capabilities in reaching the Moon and has the most innovative ‘Mars’ and ‘Venus’ missions. India is one of the few countries to have designed and produced a fourth-plus generation fighter aircraft, nuclear submarine, successful Surface to Air Missile (SAM) system, Main Battle Tank, an Inter-Continental Ballistic Missile, and an indigenised Ballistic Missile Defence System. Still, India is producing and delivering less than 50 per cent of the requirement for its Military Capability and that too in the low-end technology spectrum. The national leadership is taking bold and long-lasting economic decisions like ‘Make in India’ and ‘Atmanirbhar Bharat Abhiyan’ (Self-Reliant India), yet India remains one of the biggest arms importers in the world.

There are three different entities which are responsible for arming a soldier. These are the Defence Industry, the Military, and the Acquisition Managers, who promulgated its first Defence Procurement Procedure – DPP-2002.  However, within two years DPP-2002 changed to DPP-2004; upgraded to DPP-2006; to DPP-2008, to DPP-2011 and DPP-2013. A new DPP came out almost every second year, maybe because successive DPPs fell short of satisfying the felt need of both; the Industry and the Military.

Manohar Parrikar, the then Defence Minister, took it upon himself and came out with a new version, the DPP 2016, which was transparent and focused on the national vision of ‘Make in India’. However, within 47 months even that DPP underwent 47 amendments, forcing the MoD to come up with a new and more inclusive version of the Procurement/ Acquisition Procedure.

Acquisition Wing released an amended version of DPP-16 as Draft DPP-2020 on 20 March 2020.  Both the Defence Industry and the Indian Military gave suggestions, which were more creative and in line with ‘ease of doing business. All the observations were deliberated upon and finally, in September 2020, the Defence Minister promulgated the Defence Acquisition Procedure (DAP-2020).  Despite a new DAP, presumably in sync with ‘Make in India’, our military hardware import dependency was not reducing and thus measures like ‘Negative Import List’ and ‘Positive Indigenous List’ are being resorted to.

National Capability Building Process requires a Systems Approach to realign the entire ecosystem with the recent and bold national vision and simplify the Acquisition Process. To achieve the national vision, we have to re-create a new eco-system and not resort to a para wise amendment of the existing DPP/DAP.

The DAP aims to ensure timely procurement of military capability utilising the allocated budgetary resources, provide the highest degree of probity, public accountability, transparency, fair competition, level-playing fields and steer the process towards self-reliance in the production of defence equipment and develop India as a ‘Global Defence Manufacturing Hub’.

Thousands of MSMEs and Start-Ups are being encouraged by the Department of Defence Production through various innovative ideas like the iDEX and DefExpos. However, the need of the hour is to directly connect these MSMEs and the Start-Ups with the Military.

Keeping in line with the national vision of ‘Make in India’ and to cater for ‘Military Capability Voids’, the sources of Capital Acquisition could be classified as ‘Indian’ if the vendor sets up a production line in India, technology is owned by an Indian firm, jobs are created for Indians, taxes are paid to Indian govt, supply chain management is set up in India and/or it comes to the market as an ‘Indian Brand’.

The time has come to capture the data of the products being launched/under R&D/ still on the drawing boards of an MSME or a Start-Up and make it visible to the Military through a web-Portal ‘Defence MSME and Start-up Portal’ (DMSP).

DDP should capture every Defence-related product/equipment being manufactured by the Indian vendors and upload the product and the vendor details on the portal after verifying the specifications of the product, per unit cost, pricing mechanism, production capacity, delivery capability, life cycle support and upgrade packages, source of technology, registration details under the Indian Companies Act, it’s balance sheets and source of funding, international engagements for technology, IPR, funding & exports, etc., if any.

Maintaining the sanctity of the DAP, all the delegated power cases should be initiated through DMSP route by according the AoN (Acceptance of Necessity) as per the procedures laid down. The SQRs should be generated by the User Directorate and compared with the specs of the product on portal by a ‘Special QR Comparison Committee’ nominated by the user directorate, to ensure that the capability required meets the operational end-state.  The trial matrix should be hosted by the respective SHQ and invite the vendors for the Field Evaluation Trial (FET). The vendor who passes the FET and is cost-competitive, could be invited for Cost Negotiation. If a vendor fails the FET, the reasons for his failure must be hosted on the portal. The vendor should not be disqualified from future participation, but the reasons for failure should be known to the next CFA prior to the procurement initiation. Justification for disqualification should facilitate the vendor to improve on his product for future participation. The improvement brought about in the product should also be hosted by the vendor along with the revised Specs. After a vendor musters the FET and the CNC is completed, the case, on the Portal itself, should move to the respective IFA (Capital), who should, in a given time frame, carry out his financial vetting as per the guidelines of MoD (Finance) and the CFA could directly place the supply order and make the payment through the portal itself. A Standard Contract Document, as recommended in the DAP, should thereafter be entered into.

The normal procedure of the DAP is not only tedious but also stretches the acquisition cycle, which adversely affects the small investors and the capability voids. DMSP is a revolutionary procedure and would not only speed up the acquisition process to build military capability but also give a direct boost to the MSMEs and Start-ups by connecting them directly with the Military.

For an inclusive approach towards the promulgation of the negative import list, all the defence acquisitions of the previous decade, below a certain amount, from the foreign vendors should be declassified to the industry. The industry could come forward with its capability and the timelines to deliver the equipment. If the product and the timelines suit the Military and the costing suits the Acquisition Managers then the product should automatically qualify for inclusion in the ‘Positive Indigenous List’.   The procurement could then follow the ‘Defence MSME and Start-up Portal’ route.