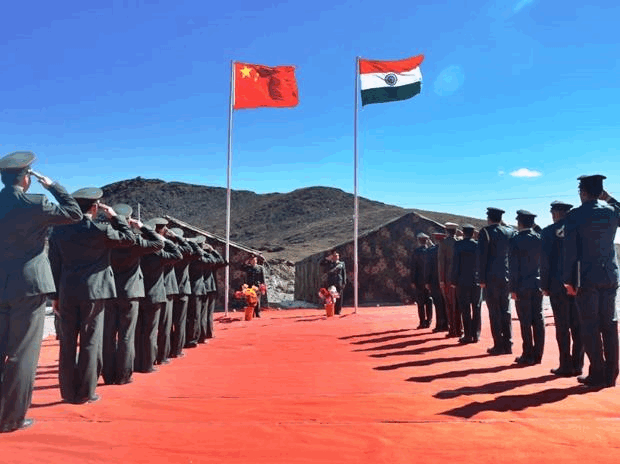 Enough has already been written on the ongoing India – China confrontation. Therefore, this piece will not labour with the timeline of events of the past few months. But it’s important to put into perspective the recently concluded Corps Commander level marathon 14 hours talks on 30 June.

This was the third Corps Commander level talks during the current Galwan crisis. As per reports, exhaustive discussions took place on all contentious issues and flashpoints. Hopefully, it will finally lead to disengagement, de-escalation and de-induction of opposing forces and reversion of both sides to status quo ante. Some progress in disengagement has been undertaken. However, in this context, two characteristics of the Chinese Communist Party (CCP), which are intrinsic to their DNA should be of concern to us and take note off.

First is the lack of transparency in their dealings. Second, is the lack of commitment to treaties and agreements – leading to a huge trust deficit. On both counts, they have an extremely poor track record. Historically, if we reflect on the series of talks that took place between Mao and Chiang post the Second World War in 1945 at the behest of United States to retain a united China, Mao interacted with Chiang for over seven weeks toiling over documents that aimed at creating a democratic China, with a national conference that would establish the rules for elections to a National Assembly.

A joint communique of October 1945 included words such as “peace, democracy, solidarity, and unity.”  However, Mao went back on his words the Civil War commenced forcing Chiang and his supporters to flee from mainland China. A classic example of “Talk – Talk, Fight – Fight”. 1962 was a similar story between India and China.

If we look at the events of past few months since the onset of COVID-19 pandemic when China was and is still being cornered by various nations of the world for its careless handling of the COVID-19 especially by the USA, China approached India seeking support in denouncing the US allegation. But India took a measured and balanced approach and maintained a neutral stance.

The Chinese, thereafter, resorted to testing the waters by carrying out minor border confrontation in Naku La on 10th May. Emboldened further, they commenced their operations to change the status quo in eastern Ladakh in areas of Pangang Tso and Galwan Valley. India was misled into believing that the Chinese would honour the commitment made by them in the talks of 6th June and resorted to unprovoked violence on our unsuspecting troops in the Galwan Sector on 15th June. Colonel Santosh Babu and 20 of our brave soldiers were martyred, but not before the Chinese got the taste of their own medicine. It is now assessed that between 30-35 Chinese soldiers were killed and many more injured. Now the two Asian powers are once again engaged in gruelling marathon talks.

If we reflect upon the course of events it emerges that the Chinese are at their old game of talk – talk, fight – fight. Therefore, these talks are merely a tactic to fool us and strike again at an opportune time. Dean Cheng writing in The Daily Signal on the US-China military engagements has written, “Mao would negotiate, not to “get to yes” and reach a compromise solution, but to buy time, colour his opponent’s views, and influence third parties. The ultimate goal never changed, whatever the negotiating position.”

Please note the highlighted phrase. This statement is loaded with a message for India. We should not doubt Chinese intentions. It will make its position secure in Ladakh for its economic activities along the G-219 highway and secure the waters of Indus and Shyok. China will spare no efforts to rest the LAC along with these two river bodies. But we need to at any cost deny this unjustified intent of China at all costs.

So, India needs to be cognizant of two points, the real Chinese intentions and the approach it will adopt to achieve its intended goal. We must not allow the comity of nations to get fooled by the overt display of eagerness to settle the current conflict through dialogue. Secondly, whatever resolution we achieve, in this case going back to status quo ante, will be a temporary acceptance of peace byXi Jinping who is trying to jettison the Deng Xiaoping’s approach and adopt the more aggressive Maoist philosophy.

Therefore, the outcome of current talks notwithstanding, we must continue our preparations to deal with China with the aim of at least ensuring dissuasive deterrence. Towards this end, the move by the Government of India to enhance its defence capabilities through assistance from Russia, France and the United States are stepping in the right direction. We must not forget that the Chinese respect strength. We need to continuously work towards building our defence capabilities. While we should not seek war but is forced upon us, we must not found wanting. Finally, we need to strengthen our Intelligence – Surveillance – Reconnaissance (ISR) capability, for without this we will not be able to discern the Chinese real intentions in time.

To strengthen this capability our space-based surveillance, technical surveillance, intelligence capability and human intelligence have to be strengthened, otherwise, we will continue to remain in a reactive mode. It’s good that the government of the day and the armed forces are working in harmony to strengthen our defence preparedness. An area where our nation is found wanting is socio-political unity on matters of national security. The Chinese Communist Party (CCP) did a “Da-Da, Tan-Tan” on us in 1962, it is now our turn to turn the tables on China if forced to do so. We must not forget, the Indian Armed Forces are probably the best in mountain warfare and we have proven it over and over again from World War I to Kargil.