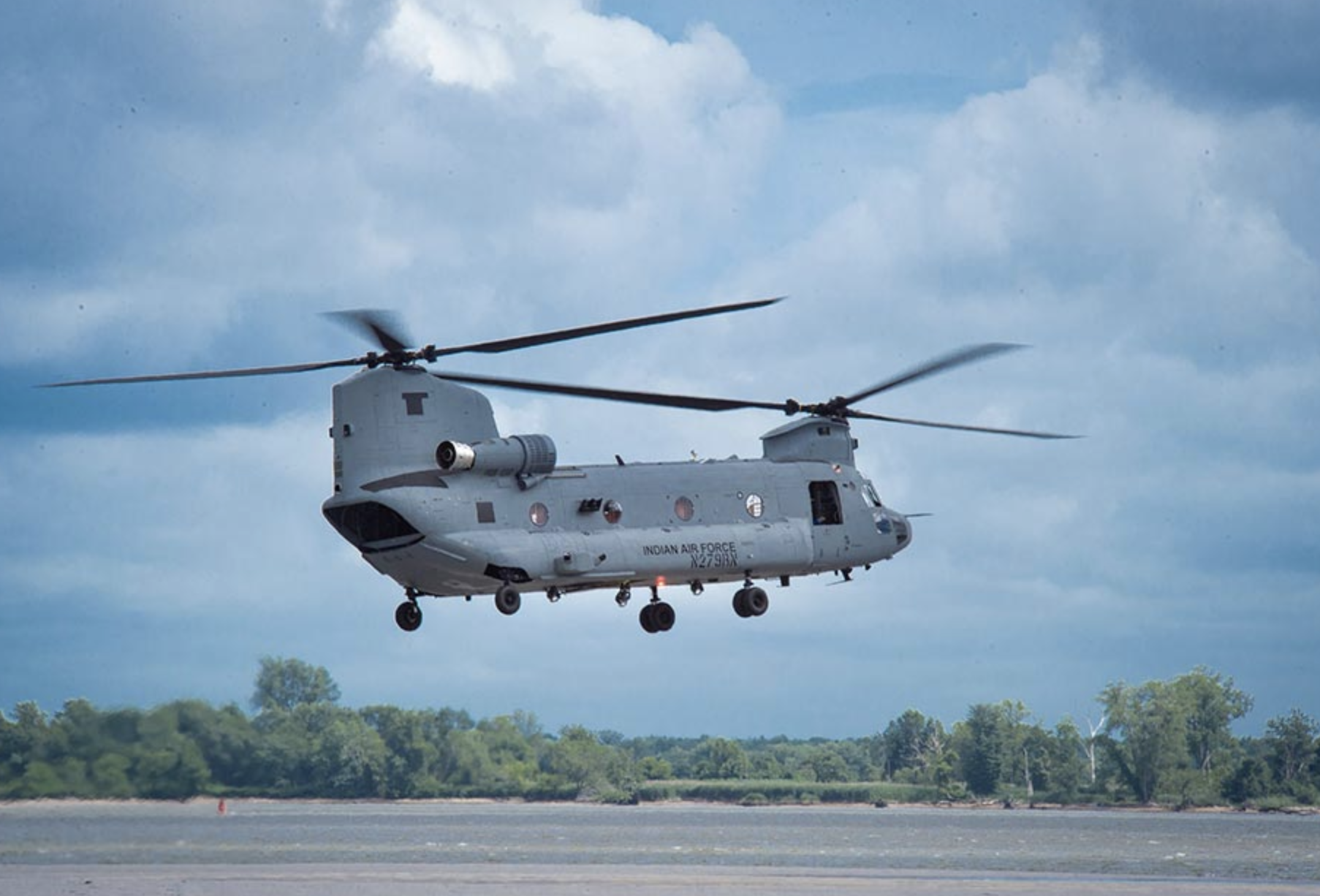 The unprecedented standoff between Indian and Chinese army troops in Ladakh–now in stage I of the agreed disengagement process–has once again highlighted the restrictions that the high altitude terrain can impose on the functioning of both man and machine.

Harsh terrain and climatic conditions in this area impose substantial constraints on both the PLA and Indian Army in its operations. While the summer season is comparatively better except for the extremely high wind speeds, the winter adds to the adverse conditions with temperatures in the region of minus 30 to minus 40-degree centigrade, further degrading the capability of men and material and thus requiring specialised equipment and clothing to keep the force operational – Siachen is an apt example of the same. The constraints of altitude, terrain and climate are most severe in the Ladakh/Aksai Chin region than any other area along the LAC.

The helicopters’ capability gets degraded, more so in summer season due to hot and high wind conditions. However, notwithstanding the punishing and extremely harsh environmental conditions, the helicopter, despite its limitations, remains the best bet for rapid deployment and transportation of troops, equipment, weapon systems, warlike stores including ammunition and fuel.

Redeployment of troops, the direction of artillery fire, forward air controller (FAC), search and rescue and casualty evacuation are some additional essential and critical tasks that the helicopters can carry out, especially during a conflict. It must be noted that a majority of these tasks would require to be carried out during the night and in the mountainous terrain; both being major challenges even though all modern state of art helicopters have night-fighting capabilities. It was demonstrated amply during the Kargil conflict in 1999 wherein similar terrain configurations, the Cheetah and the Mi-17 helicopters diligently carried out all tasks, both by day and night, despite the danger from the SAMs and small arms fire. One Mi-17 was lost to a SAM hit during the conflict.

With tanks and light armoured carriers also inducted into eastern Ladakh region by the PLA, the attack and armed helicopters role becomes very significant, provided they can operate at these altitudes. During the Kargil conflict, the Mi 25/Mi 35 held with the air force were not capable of operating at these altitudes and hence were not used.

Another important facet of helicopter operations in high altitudes is the training of pilots who would require specialised training to operate in these areas. The skills required to fly these helicopters at these altitudes are in complete contrast to those required while flying at sea level irrespective of the pilot’s experience. The main factors which require the pilots’ attention are the drastic reduction in a margin of power available and the sluggish response of the flying controls – helicopter operations in Siachen the highest battlefield in the world is a vivid example where helicopters are operating at their extreme ceiling and landing at helipads as high as 19800 feet, a feat unparalleled anywhere in history.

In the numbers game, China far outweighs India with regards to holdings of all categories of military helicopters and the stark difference comes in the attack category where India is totally outnumbered. India presently holds a mere 70-80 attack helicopters (AH) which includes the armed Advanced Light Helicopter (ALH) – Rudra. The Chinese, as per data available, have approximately 280 AH in their inventory but a large number of these are in the category of Light Reconnaissance and Attack and Armed versions – the Indian holding includes the 28 Apaches being inducted; most of these have been received.

In the light observation category the Cheetah helicopter, though of old vintage and awaiting a replacement for over a decade, continues to be the lifeline of troops deployed in Siachen and other high altitude areas of Ladakh, Sikkim and Arunachal Pradesh. The Cheetal helicopter, a modified Cheetah with a much more powerful engine will greatly boost up its high altitude capability, but these are limited in numbers. However, a major concern is that the replacement of these critical assets is nowhere in sight and keeping this fleet operational itself is becoming a nightmare – a serious security issue in the current scenario.

Cheetah’s main role hinges around reconnaissance and surveillance, the direction of artillery fire, FAC, resupply of critical warlike stores and casualty evacuation. The best feature about these helicopters is that they can land anywhere and do not need a helipad; amply demonstrated during the Kargil conflict. The Chinese, on the other hand, have the Harbin WZ-19 light reconnaissance helicopter which can also be armed, and the Changhe Z-11 light utility helicopter. Both should be able to operate at these altitudes but the capability of the armed WZ-19 is suspect.

The biggest trump card India holds is the ALH in the utility class, capable of operating at altitudes similar to the Cheetah and with greater capacity of troop and load carriage. Being a state of art modern-day helicopter it is equipped with a ‘Self Protection Suite’ with a missile warning and chaff dispensing system, which can give it adequate protection against SAMs. The ALHs in sufficient numbers are already operating in Siachen and Ladakh areas and will be a force multiplier in case of a conflict.

In the Medium Lift Category, both India and China are operating the Russian origin Mi-17 helicopters. It is assumed that like India, China would also be operating the latest upgraded version, the Mi-17 V5 helicopters which have more powerful engines, modern-day avionics, glass cockpit and can be armed with rockets and machine guns. Besides, the Chinese also have the homemade Z-20 helicopter in this category, which has been seen flying in the area of the current standoff. It resembles the American UH-60 Black Hawk. India, on the other hand, has a very large fleet of Mi-17 V5s which have an excellent capability for high altitude operations and are also armed with rockets and machine guns.

In the Heavy Lift category the Chinese boast of the Z-8G large transport helicopter which, as per the Global Times, is capable of operating at high altitudes and is part of the activity in Eastern Ladakh. However, the Z-8G and its predecessor the Z-8 are a copy of French SA 321 Super Frelon which France had sold to China in the late 1970s – the SA 321 Super Frelon is no more in service and the so-called capability of the Z-8G needs to be taken with a pinch of salt. India, on the other hand, has recently acquired the Chinook heavy-lift helicopter which is a time tested warhorse and is in operation with 19 countries. It is a multirole platform used for transportation of troops, artillery guns and tanks, equipment and fuel. The Chinook is already being used by the Indian military for ferrying heavy equipment and artillery guns along the borders with China and Pakistan. It certainly is a game-changer in India’s favour.

With the Chinese having inducted light tanks in the area of the standoff, Armed/ Attack Helicopters (AH) are expected to play a significant role in case of a conflict. In the AH category, the much-touted state of art Chinese Z-10 AH’s capability to operate at these altitudes is suspect due to its underpowered engines. It’s due to this basic reason that the Pak army selected the Turkish T-129 ATAK attack helicopter over the Chinese Z-10. As per reports, the Chinese are working on a new engine which is yet to go into production.

On the other hand, the HAL developed Light Combat Helicopter (LCH) is basically designed for high altitude operations and has completed all requisite trials and is ready for induction into the army and air force. Unfortunately, the LCH is not yet in service, but keeping in mind the current situation its induction needs to be fast-tracked.

The recent induction of the Apache AH 64E Guardian AH, the most lethal and modern AH in the world has greatly enhanced the war fighting capability of the Indian military, but being a heavy-duty AH its capability to operate in the current environment is not likely, even though as per reports some Apache AH has been moved to forward airbases in Ladakh.  What is of significance is that the Rudra – the armed ALH – can operate in this environment, but, sadly, is not yet fitted with an anti-tank missile. This is due to the DRDO’s failure to produce the air-launched version of the NAG anti-tank missile called ‘HELINA’ over the last decade-plus.

All attempts to procure a suitable anti-tank missile ex import have been stonewalled at the behest of the DRDO by the government of the day with consequences detrimental to operational preparedness. Imagine having a state of art attack/armed helicopter, but without the most essential armament, the anti-tank missile. Hopefully, some action will now be taken by the government to speed up this process or the LCH will also meet the same fate.

While China may have the quantitative edge in different types of helicopters held, most of them do not have the capability to effectively operate at such altitudes because of underpowered engines. India, on the other hand, may lack numbers but certainly has a qualitative edge with helicopters like the ALH, Mi-17V5 and Chinook already operating extensively in such environments.

The Rudra with its armament package of rockets, guns and air to air missiles could be a very effective weapon system in this area despite not have the critical anti-tank missile. The biggest advantage that the Indian military has is its experience of flying these machines in far worse terrain and climatic conditions existing in the Siachen Glacier – in fact, army and air force helicopters regularly operate all along the LAC in Ladakh, Sikkim and Arunachal Pradesh, with the man and machine conditioned for such operations.

Helicopter operations will be the key to supporting and sustaining the troops deployed in the area and this requirement will become more pronounced in winter months when temperatures plummet, and icy winds and heavy snowfall adds to the existing woes.