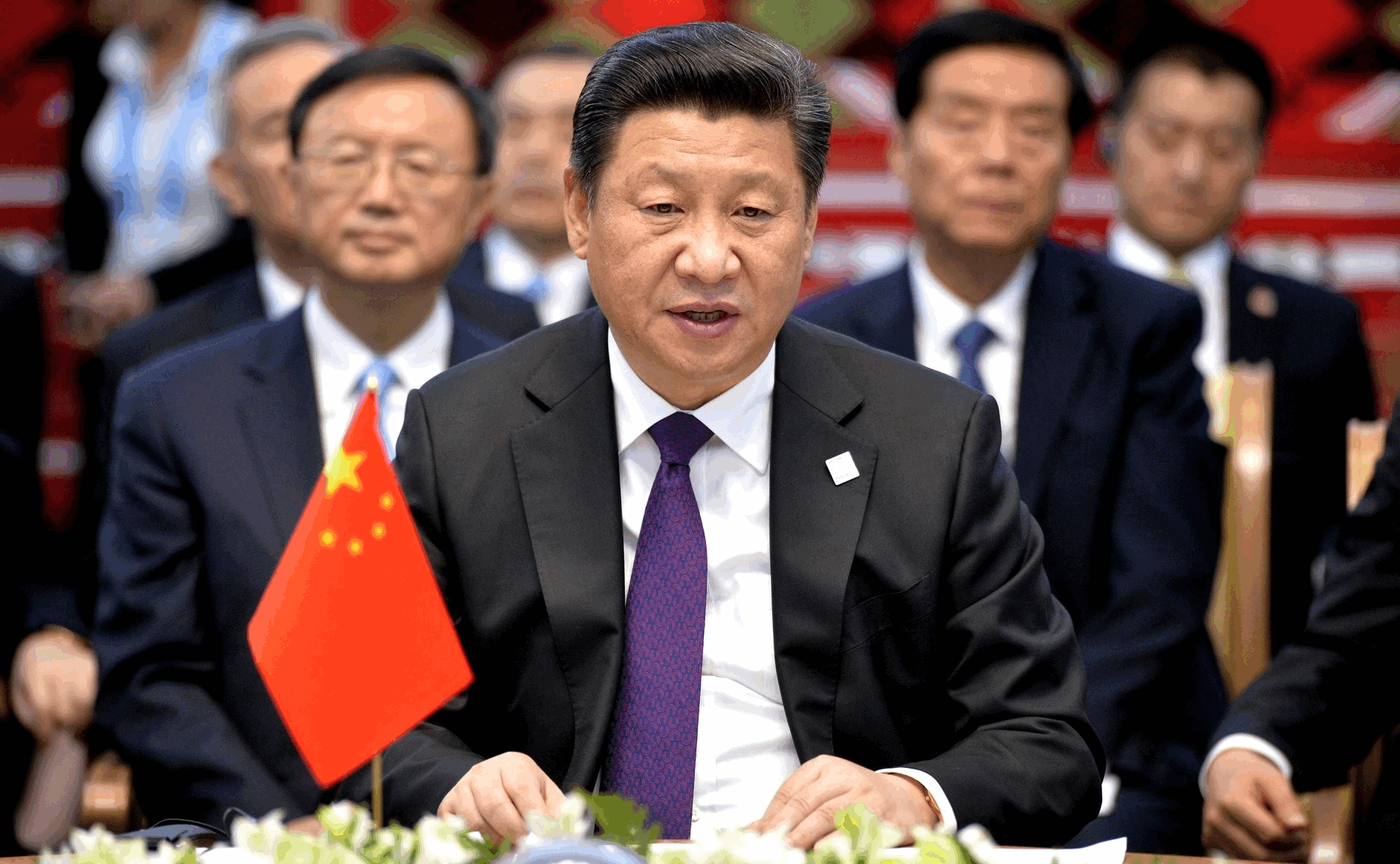 Dragon Stings India, Coils its Tail around Filipinos in a Squeeze

Just after President Rodrigo Duterte came to power in June 2016 in the Philippines, the country earned a resounding victory in its South China Sea (SCS) Arbitration Case against China in the Permanent Court of Arbitration (CoA) of the UN. The case concerned its areas in the South China Sea and the sovereign rights of the Philippines government. The Court refused to “…rule on any question of sovereignty over land territory and would not delimit any maritime boundary between the Parties”. However, it also ruled that China has “no historical rights” based on the “nine-dash line” map. The Court ruling was the body blow to Chinese claims in SCS and was welcomed by all countries that remain a victim to Chinese bullying in the region.

China had refused to participate in the case right from the start. The Chinese took cover behind an ASEAN 2002 Declaration of Conduct in SCS. The declaration states, “Parties concerned undertake to resolve their territorial and jurisdictional disputes by peaceful means through friendly consultations and negotiations by sovereign states directly”. The Chinese plea all along has been based on bilaterally deciding conflicting claims in SCS, while the issues are multilateral.

Both parties are obliged to abide by the CoA’s ruling though there is no way to enforce it. Most SCS countries were looking forward to Duterte’s next steps to put China in the dock. However, Duterte shuffled his cards very differently much to everyone’s astonishment.

Rodrigo Roa Duterte is the first Philippines President who has never been a part of the national government. His long political carrier sans a hands-on experience of the complexities of geopolitics. Duterte refused to press home the advantage. In fact, on his visit to China in October 2016, he told reporters in Beijing that the judgement was but a “piece of paper”. He also said, the CoA case “will take the backseat” in his talks. Though Duterte had sworn to uphold the nation’s sovereignty, the focus of his visit was quite evident. It was trade and commerce at all costs. Trade with China is of enormous importance to Philippines domestic politics, with China being one of the biggest trading partners.

Philippines has provided the bulwark for US influence in the South China Sea since World War II. The relationship has displayed resilience all along. The country was ceded to Americans in 1898 by Spain and remained so until the Japanese overran in 1942. General MacArthur’s campaign to liberate the Philippines witnessed the world’s greatest naval battle by tonnage sunk– Battle of Leyte Gulf. In 1945, when the war ended, the balance of Japanese establishments surrendered. Philippines was recognised as an independent nation by the US on 4 July 1946.

The Mutual Defence Treaty between Republic of Philippines and US

The Mutual Defence Treaty signed on August 30, 1951 is the basic agreement governing US military role in Philippines. The agreement had no time limit but offers both parties the option to withdraw at a year’s notice. The Treaty affirms that both nations would support each other if either of them were to be attacked by an external party. The Clark Air Force Base and US Naval Station at Subic Bay along with a large number of smaller facilities have been operational in Philippines. Anti-American sentiments led to their closure in early 1991, as also most other US facilities. By 1998, relations between the two countries improved and the Visiting Forces Agreement between the two countries was signed. Joint exercises followed. USA declared Philippines as a major non-NATO ally in 2003.

The roller-coaster US-Filipino relationship witnessed another rejuvenation when In 2007 Philippines Foreign Secretary Alberto Del Rosario and US Secretary of State Hillary Clinton reaffirmed the Mutual Defence Treaty as part of the Manila Declaration on board the US Aircraft Carrier Fitzgerald off the Manila Bay. The agreement allowed for exercises between the two countries.

The relationship strengthened further with the signing of the Enhanced Defence Cooperation Agreement in 2014. A supplemental agreement to the Visiting Forces Agreement, it allows Americans to rotate troops in the Philippines and construct facilities in nominated Philippines bases for both US and Philippines forces. The agreement negates permanent US presence and bringing any nuclear weapons into the Philippines.

Duturte fired a resounding salvo on 13 October 2016 by calling Barack Obama, the EU and the UN, ‘fools’ in a televised address. He was referring to the response of Obama and the organisations on Duturte administration’s pursuing a war against drugs leading to the unusually high death toll and questionable circumstances of the drugs killings. Less than two weeks later he was in China to rubbish Philippines’ hard-earned victory in the Court of Arbitration, in Geneva.

The Philippines has a slew of agreements with China to include joint trade agreement (1975) and a Visiting Forces Agreement (1999). Previous Presidents have tried to maintain a balance between China and the USA. The Public perception in the Philippines has been always tilted in favour of the US, however, the margins are decreasing. Duterte went overboard in trying to please China. 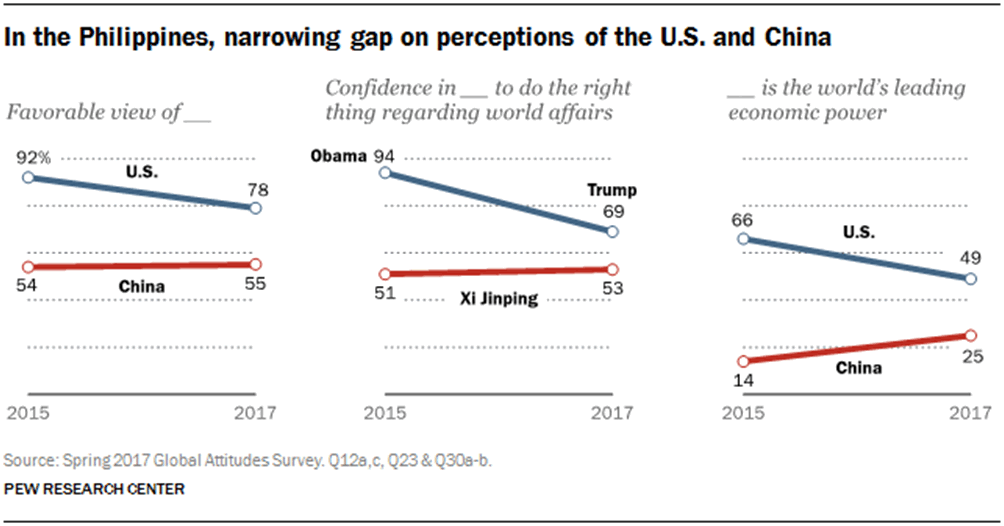 A comparison of US vis-à-vis China in major countries of the Asia Pacific reflects a similar bias in a 2019 PEW study. 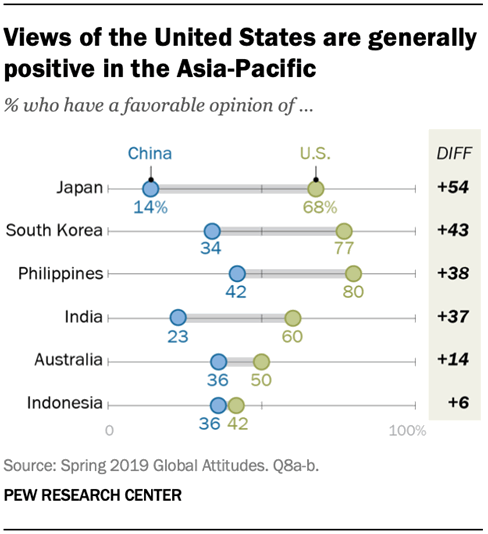 The territorial dispute between China and Philippines concerns islands and shoals in the Spratly group of Islands. Matters came to a head in April 2016 when eight Chinese fishing vessels detected in the area. The Philippines Navy sent its biggest warship, however, tits attempt to arrest the fishermen was contested by Chinese maritime surveillance ships. The deadlock carried on for two months. Both sides withdrew with US mediation, but the Chinese re-entered as soon as Philippines Naval assets had cleared the area.

Meanwhile, the Chinese gave Filipino fruit growers a shock by rejecting their consignments on quality control grounds. Such shocks affect Philippines domestic politics, with the opposition immediately cornering the government with the charge of being unable to manage its foreign affairs. Duterte understands domestic politics only too well. A Pulse Asia survey in July 2016 found his trust rating was as high as 91 per cent.

He has continued to drive the Chinese relationship risking an over 100 year’s old bonding with the US, that witnessed the two armies fighting shoulder to shoulder to liberate the country from the Japanese in WW II.

On 9 June 2019 a Philippines fishing boat anchored in Reed Bank, SCS was rammed by a Chinese vessel in the early hours of the morning. The Chinese vessel left the area after ramming without offering assistance. The crew were rescued by a Vietnamese boat. An enquiry by the Philippine authorities established that the fishing boat was in Philippine EEZ and the Chinese boat did not assist after ramming the fishing boat. The Chinese accepted the fact of the collision but said their boat was besieged by Filipino boats and the accident happened when it was manoeuvring. Further, they insisted they had offered assistance but were scared by the prospect of being besieged.

The incident raised a storm of protests in the Philippines. The Navy Chief stated that the incident was “not an accident but a deliberate manoeuvre to ram the smaller vessel.” Duterte reacted only on 17 June 2019 calling it a ‘Maritime incident’. He also informed that he allows the Chinese to fish in the Philippines’ EEZ.” Similarly, the Chinese allow the Filipino fishermen in the contested waters.

On 11 February 2020, Philippines informed the US that the Visiting Forces Agreement was off, albeit with a six-month notice, as per the agreement’s clauses. China has always been keen about Filipinos dropping the treaty. The Chinese government-controlled media called it a “severe blow” to the US-Philippines relationship. It appeared that the dragon’s tail had wrapped itself around Duterte and was applying the squeeze adequately.

However, Filipino Lawmakers and the Army were not on the same page with the President.  On 2 June 2020, the Foreign Affairs Secretary informed in a brief three-minute-long press conference that, “We are pleased to announce, in light of recent developments, President Rodrigo Roa Duterte instructed me to inform, he has decided to suspend the pending termination of the Visiting Forces Agreement …”

By then Chinese Coronavirus had spread to SCS countries, including the Philippines. President Trump was calling out China for the spread of the ‘Chinese’ virus, and 62 nations were asking for WHO to be revamped. Further, China was aggressively probing Indian borders. A large number of countries were contemplating shifting their logistics sourcing out of China. Despite the dragon’s pressures, Duterte possibly realised, it was not the time to carry a Chinese flag.

If there is a country that does not want ASEAN to be united, it’s China. The strength of a united ASEAN worries them. In the SCS that’s the primary reason for China preferring bilateral understandings with ASEAN members. The reason for ASEAN to take long years to evolve a Code of Conduct for safety and freedom of navigation in the South China Sea is because of Chinese arm twisting. The dragon has developed the means to tie the economies of a fair number of countries in the region to its own. It can rock their economies, to a point that hurts.

The Philippines has a fine chance of keeping out of the trap, even now. The Japanese have been big-time investors and donors. They enjoy a reviving security relationship with the USA, with both countries bound by the commitment to extend assistance if the other is attacked. Culturally, Filipinos are perhaps the most American influenced populace in the region. The Filipino diaspora in the US is over 2 million According to 2015 estimates, 220,000 Americans live in the Philippines. English is an official language in schools. Filipinos have fairly strong forces. The Quadrilateral partners would welcome them. Duterte of course, displayed political maturity by allowing the Visiting Forces Agreement to continue.

Meanwhile, the Chinese carried out Naval drills in disputed parts of SCS from 1 to 5 June. The drills were objected to by both Manila and Hanoi. Philippine Defence Secretary Delfin Lorenzana found the exercises in waters close to the Paracel Islands “highly provocative”. The Filipino reaction is a welcome change. In fact, in the virtual ASEAN Heads of States meet a few weeks back, Vietnam and the Philippines raised concerns over repeated violations of maritime rules in SCS, with their grievances focussed on China.

The Americans have to ensure they navigate carefully in the Philippines and retain the largest bases they have in the region. These bases are the hubs for protracted power projection in the region. The dragon cannot be permitted to wrap its coils around Filipinos. Hopefully, Duterte has finished with his experiments to woo China and learnt his lessons from Southeast Asian countries like Cambodia, which have the dragon’s coils so tightly around them as to experience significant erosion in strategic independence.