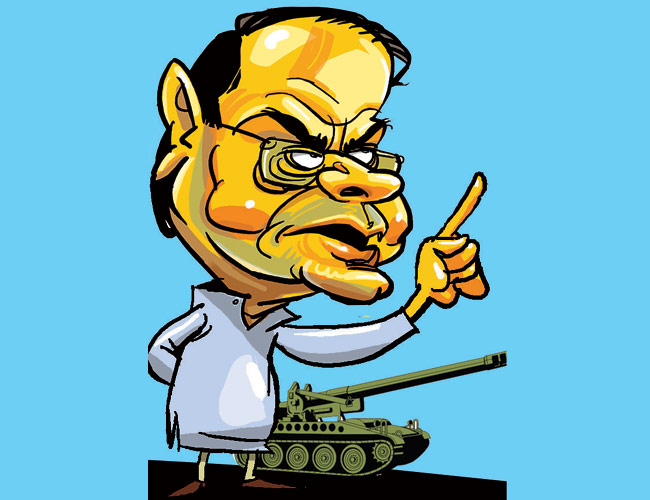 The presentation of the annual budget is just across the bend. The uniformed establishment and the strategic community are eagerly awaiting the figures that will either propel the curve of defence modernisation upwards or have it suffer the same effects of headwinds that have dogged our defence preparedness for over a decade now. Leaving aside the high decibel approvals of a few lakh crores, there is not much to be touted as yet in terms of these approvals actually leading to acquisitions that the military arsenal can display. The current Delhi dispensation’s years in power, has as yet not made a visible impact.
The author anticipates the contours of the Defence Budget for the next fiscal based on information released by the government and warns that an enthused focus on building military capability is likely to get the short shrift in all probability. 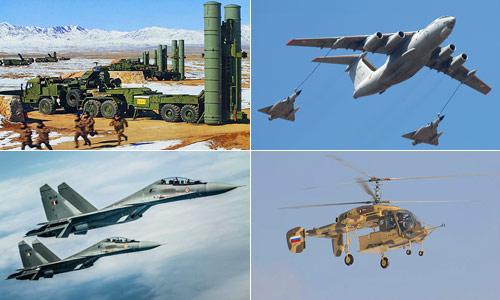 The Medium Term Expenditure Framework Statement, laid before the Parliament by the Finance Minister Arun Jaitley last August, envisages a 10.41 per cent increase in the overall defence outlay (excluding pensions) for the next fiscal (2018-19) over the Budget Estimates (BE) of the current fiscal (2017-18).
This takes the suspense out of the coming budget for even if the Finance Minister deviates from the projected increase it is unlikely to go beyond 11-12 per cent, which is roughly the rate at which the defence budget has been increasing over the past decade or more, albeit with reference to the Revised Estimates of the preceding year.
At any rate, in all probability, the proposed outlay will be way below the requirement projected by the Ministry of Defence (MoD) which will not be surprising. The mismatch between the projection and allocation has been a regular feature. Going by the 29th Report of the Standing Committee for Defence, there was a whopping gap of Rs46,817.29 crore for the current fiscal in the case of the Indian Army (IA) alone.
The gap was more moderate for the Indian Navy (Rs 13,223.22 crore) but at Rs. 32,823.64 crore, the Indian Air Force was perhaps the worst off as it managed to get just about 65 per cent of what it had asked for, while the IA managed to get 75 per cent of its projected requirement. To be sure, this problem is faced by all other departments and organisations of the Ministry.
The situation could be far more complex this time if the projections for 2018-19 were made based on the financial outlay of Rs 27 lakh crore envisaged in the 13th Defence Five Year Plan, which does not include defence pensions and other organisations such as the Coast Guard and the Border Roads. Going by back-of-the-envelope calculations, the defence budget will have to be doubled starting from the next fiscal if it is to be in consonance with the five year plan, which is a virtual impossibility.
While it would be unrealistic to expect that kind of increase in the outlay, it may not be unreasonable to expect some sector-specific measures being announced to promote defence manufacturing, including research and development. This could relieve the stress on the Defence Budget in the long run with indigenous products replacing the imported equipment. Making it easier for the Micro, Small and Medium Enterprise (MSMEs) and the defence start-ups to access bank credit under priority sector lending, might be a good beginning.
Hopefully, no step would be taken that puts an additional burden on the Defence Budget. In 2015, excise and customs duty exemptions enjoyed by the ordnance factories and the defence public sector undertakings were withdrawn by the government ostensibly to create a level playing field for the private sector. It is difficult to say whether this has actually benefitted the private sector but what is quite evident is the fact that it has created additional burden on the Defence Budget without any commensurate benefit accruing to it.
It would perhaps have been far better to exempt even the private sector enterprises from paying the excise and customs duty on defence manufacturing in India. With bulk of the production taking place in the public sector units, the loss of revenue on account of exemption being given to the private sector would not have been too substantial. It would have also placed some extra money in MoD’s hands within the overall Defence Budget.
Be that as it may, there are other ways of augmenting the financial resources available for the defence sector. For the first time, at least since 2011-12, the government has exceeded the disinvestment target of Rs 72,500 crore set for the current fiscal. There are reports of the target being fixed at Rs one lakh crore for the next fiscal.

Going by the enthusiastic response to disinvestment in the state-run Bharat Electronic Limited (BEL) during the current fiscal, a substantial amount could be raised through disinvestments in Hindustan Aeronautics Limited (HAL), which has been waiting in the wings for a long time, as well as some other defence undertakings.
The revenue so generated will go to the Consolidated Fund of India but a certain percentage of it could be used to create a fund for promoting innovation and development of specific futuristic technologies. The present level of expenditure on defence research and development, largely concentrated in MoD’s Department of Defence Research and Development (DDR&D), is not quite adequate.
This fund could supplement the research and development efforts by providing assistance for research in the private sector. It could also subsume the nascent Defence Technology Fund (DTF), presently being managed by the DR&D, as also any receipts through the offset route, if permitted in future. But for the funds to achieve its objectives, it would need to be managed by a professional agency.
This will be the Finance Minister’s last opportunity to announce measures that spur defence manufacturing and start showing some positive results before the next general elections in 2019. This is important not only from the point of view of economic growth but also self-sufficiency in defence.

Talking of the budget announcements, at least three announcements made in the budget speeches since 2014 continue to be of interest: one-rank-one-pension (OROP), construction of a War Memorial and setting up of the DTF. A fourth one could be added to this short list if one also takes into account an entry tucked away in one of the annexures of the budget speech last year regarding allocation of Rs 3,000 crore for development of an Optical Fibre Cable based network for Defence Services.

While OROP scheme has been implemented by the government, even if it is not entirely to everyone’s satisfaction, it would be good if the Finance Minister where to report the steps taken to find a solution to the unresolved issues concerning OROP, as well as the progress made in regard to the other announcements, especially the DTF as a couple of projects have finally been sanctioned under this scheme recently. There is no reason why the Finance Minister should not make a mention of it in the budget speech.