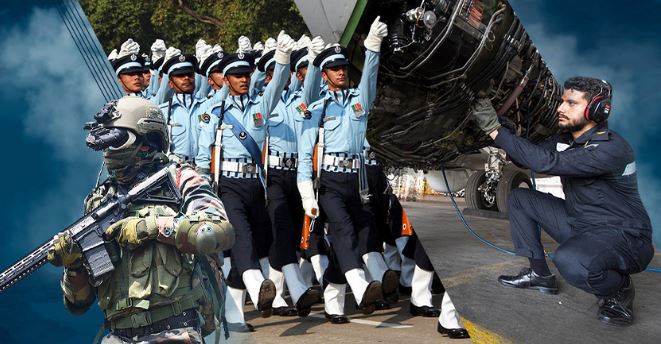 In a bid to soothe the tempers of agitating job seekers against the Agnipath scheme, Defence Minister Rajnath Singh approved a 10 per cent reservation in job vacancies for Agniveers in various arms under his Ministry on Saturday. The government is working overtime to make the new military recruitment scheme more viable for aspirants meeting the requisite eligibility criteria.

The decision includes reservations not just in jobs in the Ministry of Defence (MoD), but also in the Indian Coast Guard and defence civilian posts, besides all the 16 Defence Public Sector Undertakings (DPSU). The Ministry announced that this reservation would be in addition to an existing reservation for ex-servicemen.

The decision came after Singh chaired a high level meeting with the top brass of his ministry, including the three Service Chiefs, besides the Defence Secretary. Necessary amendments to relevant recruitment rules will be undertaken to implement these provisions, the Defence Ministry said in a statement. It added that defence public sector undertakings will be advised to make similar amendments to their respective recruitment rules.

Necessary age relaxation provision will also be made to enable recruitment of Agniveers to the above posts, it said. The announcement comes amid continued widespread protests against the government’s announcement of the Agnipath scheme on Tuesday, for the recruitment of soldiers on a short-term contractual basis of four years. Soldiers recruited under this scheme will be called ‘Agniveers’.

Sources said more steps are being finalised in consultation with other Ministries and state governments to ensure that the Agnipath scheme, which replaces the legacy recruitment model for the military, is viable and attractive. Agniveers will be given preference in employment after they leave. Several Chief Ministers from UP, MP, Haryana, Assam and Uttarakhand have also assured employment to Agniveers in State Police.

Earlier Saturday, the Ministry of Home Affairs (MHA) had announced a 10 per cent reservation in vacancies for recruitment in the central armed police forces (CAPF) and Assam Rifles for Agniveers. The Home Ministry had added that it has also decided to give three years of age relaxation, beyond the prescribed upper age limit, to Agniveers for recruitment in CAPF and Assam Rifles. Further, for the first batch of Agniveers, the age relaxation will be for five years beyond the prescribed upper age limit.

Besides, all will get a 10+2 certificate, over 10 Lacs on leaving, training, skilling etc as per the scheme. As per the government version, Agniveers will be young, motivated, and well-trained human resources when they leave and will be eligible for all jobs (age-wise) which was not the case when they left at 35-37 years of age. The key to success is in the execution of the scheme. It will be ensured that the organisational culture and ethos of the Armed Forces including existing benefits of the Regimental system are not disturbed. Operational efficiency and upgrading fighting skills will remain the central goal of armed forces with a focus on bringing to bear punitive effects on the adversary, the sources added.

The scheme will preserve what is working well and ensure that we don’t fix what is not broken. Suggestions of ex-servicemen, retired officers and experts will be taken to ensure smooth implementation as extensive consultation with prospective employers in the Public and Private Sector will commence ab initio, the source revealed.

Adequate policies for post-release utilisation of young and trained Agniveers will be a top priority. The armed forces and CAPFs will get trained human resources, those who leave will be able to contribute effectively to society and nation-building and the scheme will be implemented in a positive spirit, with course corrections applied from time to time based on feedback received from authoritative sources, according to the MoD sources.