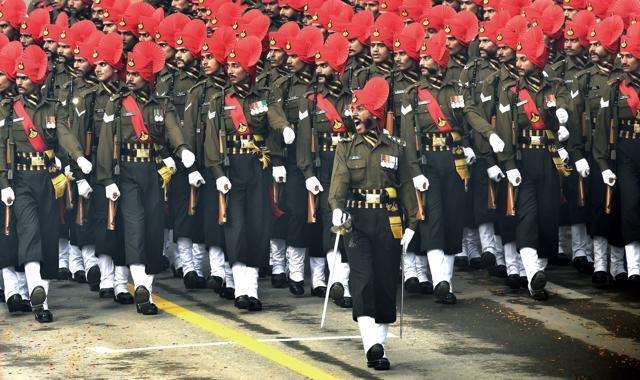 Can The Country Carry Its Agniveers

Any decision like the Agnipath concept of recruiting that involves a tenure of duty of four years with 75 per cent of the recruits being sent back home with a fairly good compensation package and skilling, needs to be driven by both political and professional leaders. In any case, the policy has been formulated by the Government of India and not the Indian Armed Forces.

Two major issues that crop up are the reduction in recruitment quota of some states on account of the “All India, All Class’ composition being adopted. Such a composition, though the existing model of primarily class-based composition has withstood all stresses except the odd one, has been in the offing for over four decades. However, the issue is not a major challenge.

The other major issue is that 75 per cent of the recruits lose their jobs after four years in the army. Much as we may assume that the return of an ex-serviceman back to the civvy street inculcates a higher sense of discipline and commitment in the people around him, the assumption remains tenuously dependent on the placement that the ex-serviceman gets.

The political aspect influencing the success of the scheme lies here, more than anywhere else. Our attempts at previously trying to transfer people from the forces to Central Armed Police Forces have barely any progress to reflect. Further, today the present dispensation at the centre, certain states under similar dispensations may be inclined to go along. Tomorrow, four years hence when the Agniveers hit the streets after a stint in the armed forces, will the centre and states give them the same priority as being touted today. The dispensations in power than may be different from those now. If we can better formalise the resettlement issues, we can expect Agnipath to be a winnable match.

The Agnipath policy is quite in tune with similar policies being followed by Israel, the USA, UK, France and many more countries. The training periods in these countries are by and large shorter than in Indian forces. The active service period is in the region of four years or so. Retention is by assessments as carried out by the respective organisations. Countries like Russia, China and Israel have compulsory military service. However, additional years beyond mandated periods are purely voluntary.

With the Ukraine war on, it would be of interest to delve into details of the Russian model. They have a hybrid model that is a complicated mix of traditional cadre and reservists, conscription, and a cadre of volunteers (also called contractors.) The service period differs with it’s being two years for a conscript. The on-contract professionals need to undergo training at the military academy for two years and nine months if the individual aspires to be a Non-Commissioned Officer. In fact, the Russian Army appears to be fairly competitive, going by the duration of training as the gradation scale.

Looking at financial aspects for Agniveers, the Agnipath policy also provisions for a corpus with each Agniveer contributing half of it (@30 % of his monthly emoluments). A similar contribution will be made by the government. Given an enabling environment, these boys could start small-scale enterprises when they return home after their stint.

However, it may still be difficult to meet the aspirations of the Agniveers.  An Agniveer’s emoluments in the fourth year will amount to 6.92 lakhs. Most Agniveers will have marginal exposure to skill sets required by the corporate. Most of his time would have been spent on learning to operate his basic weapon and his other combat task-related needs. The forces will of course skill him, but at the cost of frontline preparedness. Corporate India has evinced interest, and hopefully, Agniveers when they finally step out will fit the bill. However, the requirement is either a commitment by corporates or legislation by the government to ensure Indian corporates induct Agniveers.

In addition to the two issues discussed above, an operational issue that needs greater focus is unit efficiency with Agniveers manning the frontline guns. Countries like Israel, UK, France and USA have not reported any drop-in sub-unit and unit-level performance. However, the percentage mix of matured hands and young Agniveers in a gun detachment, section or platoon is one of the most critical decisions. Agniveers going anywhere above 40% may be counterproductive. In fact, it would be wiser to take a pause when they reach 30% and carry out a major performance audit that takes into account the effect on unit cohesion, morale, team spirit and such like differentiating issues that make the intangible body armour for the small teams that operate at the front tier.

The Adjutant General, Lt Gen C B Ponappa in his interaction with me on Bharatshakti.in shared his views that it would have to be a whole government approach. Settlement of Agniveers post-active service is not just a whole Government issue but requires an all-nation approach.  While the armed forces can be left to deal with adapting to the challenges posed and retain operational efficiency, the resettlement of Agniveers is a challenge for the nation.

If we have Central and State governments on the same page, and a political consensus when it comes to Agniveer resettlement only, a huge milestone would be crossed. With political gains being the most desired goal for political leadership, this is one area which holds out dividends for all hues of politics. The political parties, including the Opposition of the day, then, must try to get the best for the Agniveers. In addition, if corporate India can be brought on board to provide avenues of employment, we have no impossible mountains, apparently. However, the implementation requires monitoring and a course correction as we go along. The big gains with the pension bills dipping gradually will also allow more allocation under the Capital Head, gradually.