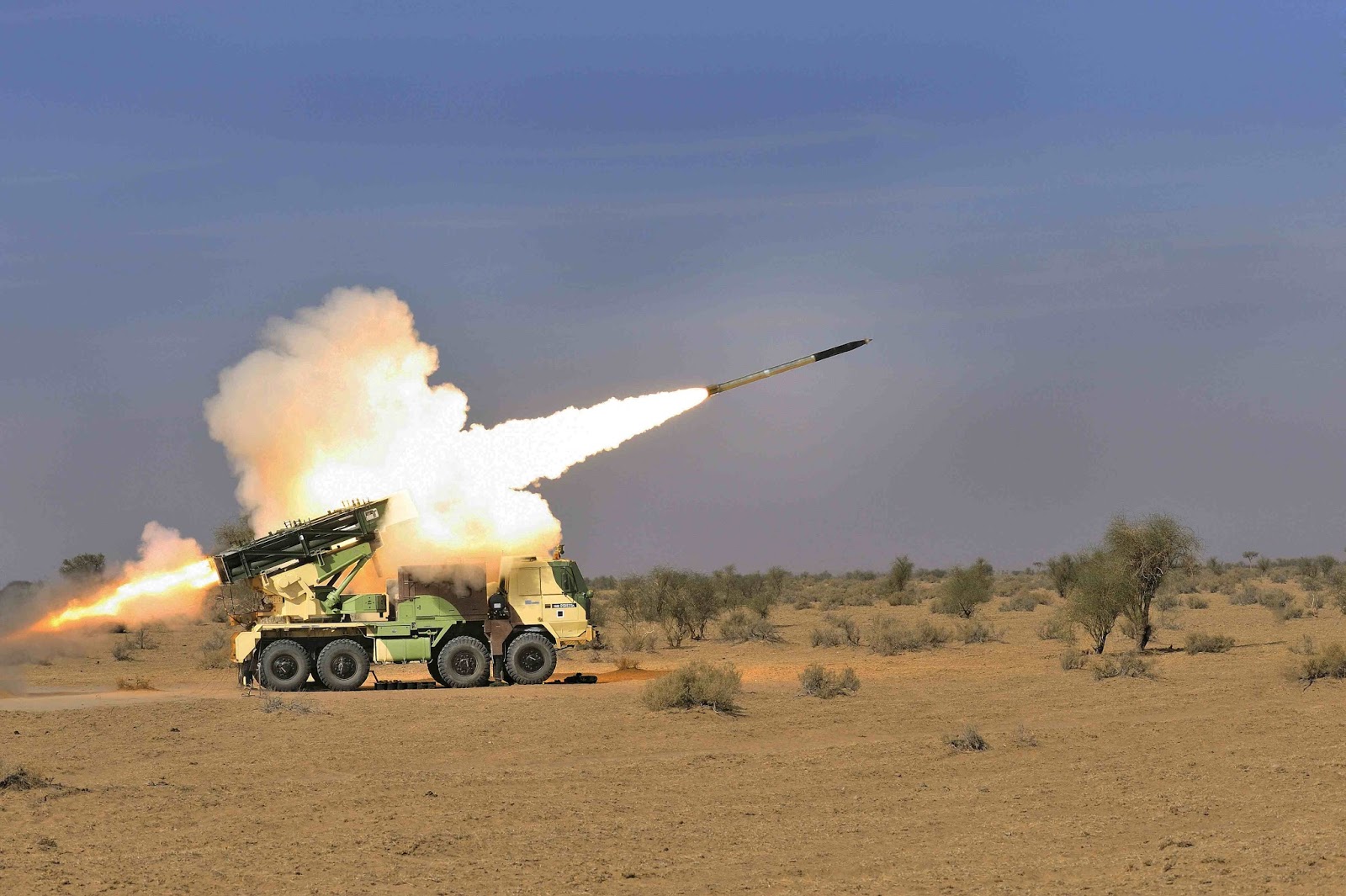 The new DPP 2016 has been hailed as a path breaking document that will provide the right set of procedures and processes to drive our defence acquisition at the desired pace. However, it hasn’t quite been able to generate the momentum that it had promised. Lt Gen PR Shankar (Retd) offers a view of the system in vogue in the UK. We remain leagues behind, even today; if one does agree with his assessment of the UK model. DPP 2016 is definitely a laudable attempt when compared to our legacy practices however, does it really keep pace with the changed business environment? Can it provide the necessary impetus to procurement of equipment for our military establishment’s long neglected depleted inventory?

The author was the Director General Artillery till he superannuated, recently. His immense experience and exposure to global practices allows him to explore beyond the scope of DPP 2016.

In Jan 2015, the annual publication of Defence Equipment Plan 2014 for the UK was laid before the Parliament by Mr Phillip Dunne MP, Minister of Equipment, Support and Technology.  Its a ten year plan which is costed and audited. The honourable minister reported to the Parliament that it was realistic and affordable. The UK National Audit Office independently audited and assessed the affordability of the plan and reported that 11 major projects have delivered as scheduled with reduced forecast costs.  This has been the best performance from a time and cost point of view in years. The ten year plan is a roll on plan with funding in annual budgets as per priority and progress of projects. The plan has set forth clear capabilities to be achieved. Funding is inflation adjusted. The plan, interestingly, caters for procurement of new equipment, support arrangement for new and in service equipment.

As per the Report, in the Annual Budget Cycle of 2014, a number of enhancements were introduced to the basic programme so that a number of capabilities are delivered ahead of schedule. Additional funds were invested in further capabilities and equipment for the Armed forces due to sound financial management.

Their Defence Equipment and Supply Organisation has been converted into a ‘bespoke trading entity’. Its  ‘unique freedoms’  allows it to operate in a more business-like manner to address root causes of cost and schedule overruns which emanate from an overheated equipment budget, an unhealthy relationship between the requestor and the deliverer, insufficient skills and management freedoms. It is now operating as an Arm’s Length Body from the rest of the MoD. It has a separate governance and oversight structure, led by an independent Chairman and a Chief Executive who is responsible to the Parliament. A ‘Forecasting Improvement Programme’ has been put in place. A Cost Assurance and Analysis Service provides an independent view of the cost of equipment related projects. Convergence of this view and that of the Project Team forecast is ensured. Causes for under/ over spend are identified and course corrections made.

Changes to the MoD’s capability planning have also been outlined. They have a delegated model which came into effect in 2014 in which the Services have the responsibility for delivering military capability across their own environments. The delegation is by capability definition and not cost ceiling. The Services have the freedom and flexibility to move between capital and revenue to meet their requirements. They also have the flexibility to interchange between Urgent Operational Requirements (fast track cases) and Normal ones. The report contains a detailed analysis of each service and the capability which needs to be built along with budget allocation, year on year, for the next ten years. This ten year allocation comes with flexibility of interchange, reprioritisation and roll on. The actual spend is based on an annual budget cycle. 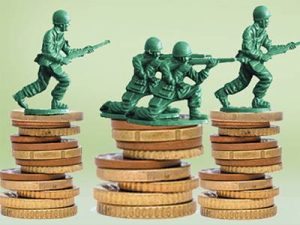 What’s special about this Plan? Nothing much by itself. However, when one compares it with what is happening in our case, the difference and significance comes through. First off, the Plan is laid out in the Parliament. Is any part of our Defence Acquisition Plan ever laid out in the Parliament? Our parliamentarians do not discuss or debate our defence plans. The moot point is that there is no public scrutiny of our plans the way it happens in other major democracies. In most cases scrutiny comes in the form of questions asked by our elected reps during the parliament sessions. In fact most questions posed by our parliamentarians seem to be prompted or planted by interest groups. They are superficial in nature. They are answered in a perfunctory and routine manner. The answer is also never questioned or debated.  The only time a debate occurs is when a scandal comes to light.

The next point is that the UK plan document can be downloaded at the website and is accessible worldwide. Total transparency and signalling. The tax payer knows where his penny is going. Every interested inimical party is clear as to the direction in which UK is heading and the capabilities and funding it will need to have to go against UK. Is there a case for the defence budget to be presented to the Parliament? The question needs to be answered.

Even if we are conservative about it there is a need to increase transparency and accountability to the elected representatives about our plans. This will at the least bring our efficiencies or their lack of it to the fore. Protectionism of the holy cows of defence- the OFB and the DPSUs – will need to be justified. Some reforms will get initiated. Without reform we are going nowhere. The recently released White Paper by China is another case in point. Even a conservative, authoritarian and secretive society like China has felt it necessary to put out its intentions since it’s seeking to be a global power of note. This has resulted after years of defence reform.

We tout our Long Term Integrated Perspective Plan (it’s not public) – a fifteen year wish list model and we go by it. So what’s great about a ten year plan by UK? What’s great is that it is costed and audited and ours is not. There is political clarity on its realism and affordability. There is an audit authority which has certified the affordability of the Plan and has further said that many Major Projects have been delivered with reduced forecast costs. Is our Long Term Integrated Perspective Plan in the same league? Does our venerable MOD (Finance) ever cost a programme? Do they have the tools or expertise for even to understand it, leave alone, improve it?

Our financial acumen is primarily negative in orientation. Our financial system is more an accounting system and a hurdle to cross rather than an aid. Our Integrated Financial Advisor system is a prime example of this malady. No accountability, no responsibility but full authority. Our stakeholders are virtually living in different planets.  We are beleaguered by delays, cost overruns, failed projects and a general inability to deliver. We need to recognise it and get our act together, accordingly. 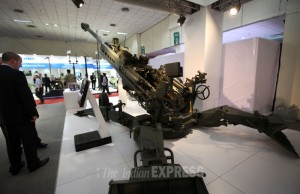 Coming back to the Long Term Integrated Perspective Plan, it would be the dream Perspective Plan if it was a roll on funded plan, duly prioritised and budgeted annually with a clear definition of capability achievement coming through. That’s the problem with dreams; they are never true.

Root causes of cost and schedule overruns have been identified and addressed in the UK Plan. Apparently, they have done it through a grass root reform.  Their equivalent of Master General of Ordnance, Department of Defence Production and Acquisition Wing now operate under the Defence Equipment and Supply Organisation which is now ‘bespoke trading entity’ with its ‘unique freedoms’ as outlined earlier.

If at all we dare to think of such reforms, we need to think in stages. The first being to corporatize OFB into a modern organisation. Alongside, we need to lift the lid of protectionism off our public sector.

The second would be to create a defence procurement and sustenance agency.

Third we need to think of export. Without exporting our products will never be competitive or be able to improve. The last stage will be to privatise. In the UK many of the Royal Ordnance Factories are being privatised. It is not a case of selling of the family jewels. It will be a case of getting best value for them. These ideas have been toyed with but have never come near implementation.

Our defence capacities are huge and have never been maximised. It is only the private sector which has the skill and ‘go’ to realise our potential. So a PPP can be a start point. The common thread running through all this will be putting in a sound financial management platform, not an accounting system, or apportioning stumbling blocks. The time is ripe for thinking big. Minimalistic reforms will get us only that far. 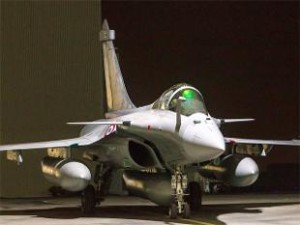 The detailed analysis of each service, its forecasted capability and year on year budget allocation for the next ten years reflects a level of joint planning and integration which can only be envied. An integrated approach is the need for the day. Integrated meaning the user, the scientist, the bureaucrat, the accountant and the producer have to think together, plan together and execute together and finally deliver together. The fact that we are disconnected, disjointed silos forced to deliver to the nation what we can under a given set of conditions needs to be recognised and not justified or rationalised

There is an urgent requirement to get into a project mode. We have the experience. Way back in the 90s we set up the Integrated Missile Development Programme. We achieved phenomenal success. Actually, the outcomes have put the nation on a different plane two and a half decades later. So why not replicate that now? The change from unitary thinking to integrated action is the need of the hour. There is going to be tremendous resistance if we attempt to change.

Expected! No system was changed without resistance.   So let’s brace for it. Of course there will be the argument that time-tested procedures which have served us for long should not be tampered with. Our time-tested procedures have not delivered. They testify, non-delivery. Let’s recognise this. Throw them out of the window and move on!