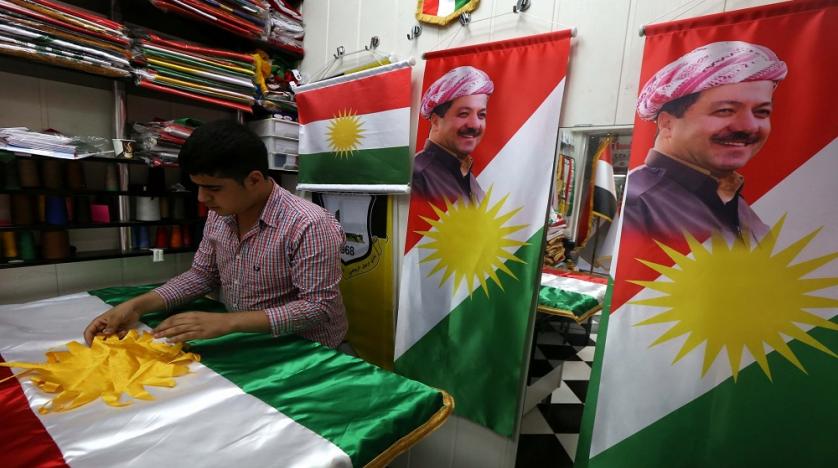 The Kurdish referendum in Iraq, scheduled for 25 September, 2017 is likely to go in favour of Kurds. However, it will be a difficult process carving out a Kurdish state. Historically, the Kurds have suffered oppression and lived a nomadic life. Implementing the referendum will be contentious and could initiate a fresh round of violence spread over Iraq, Syria and Turkey. A lot will depend on how the major powers use their diplomatic means to give Kurds more political space while ensuring an enduring peace. It’s a tall order, as the author promises. For Kurdish people the question is: Is this their moment in history?

The referendum on 25 September 2017 for Independence of (Iraqi) Kurdistan may have far reaching effects on the region. India has belatedly increased its print in the region by establishing a Consulate in Kurdish controlled Ebril in August 2016. It is one of the over twenty countries which have consulates there, basically to secure their hydro carbon and future trade interests and also as intelligence posts. India will need to build up its West Asia expertise and do much more to be able to serve its national interests in the near future. 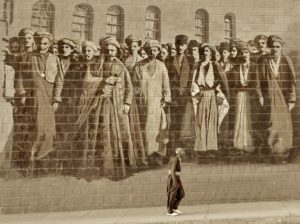 Kurds are the fourth largest ethnic group in the Middle East and approximately 30 million are located in the mountainous terrain across the borders of Armenia, Iraq, Iran, Syria and Turkey. Kurds have basically been fiercely independent and largely community self-governing. After World War I and the re-drawing of the borders to absorb the booty from the defeated Ottoman Empire, Kurds had bid for an Independent state. But it came to naught when borders of modern Turkey were redefined. Since then, Kurdish aspirations have been denied for over ninety years, sometimes brutally.

Kurdish Iraq had received a semi-autonomous self-governing agreement in Saddam’s Iraq, which got diluted in the country’s rebirth after American intervention and regime change. Once more resurgent after being blooded in its fight with the Islamic State (ISIS), Kurdish are now looking for a permanent settlement, at least in Iraqi Kurdish areas.

There have been many significant outcomes of the occurrences in Iraq, Syria and Turkey in the last decade and a half. The most important ones are a militarised Shia population in South and Central Iraq, a versatile and robust Kurdish force in Northern Iraq, a stronger Government force in Syria, a defanged military in Turkey and a diminished ISIS. The once powerful Sunni Baathists in Iraq have been either neutralised, absorbed or gone underground to fight as insurgents. Kurdish Peshmarga (Armed Forces) and their allies now control swathes of the countryside which are beyond its earlier regional borders.

What happens in the independence referendum to be held on 25 September 2017 will not only affect the region’s future relationship with modern Iraq but will also affect the internal political turbulence and leadership issues of the Kurds themselves, where elections are scheduled in early November 2017. There is likely to be a domino effect in the other areas which are Kurd enclaves; and that would lead to brutal recuperations by countries concerned… and then the clandestine or open involvement of a newly independent Kurdish State.

Projections are that the vote will be a thumping “Yes” for independence of Iraqi Kurdistan. From reports coming out of the region, the present Iraqi Government is reconciled to the same. Initially the present Iraqi regime will try and ensure restriction of the areas to the original contours of the region (which may lead to some skirmishes/ conflict) and granting of greater powers in a Semi-Autonomous Government of Iraqi Kurdistan.

Everyone with stakes in the matter would like a status quo or return to the original understanding between the Iraqi Kurds and Saddam Hussein. But neither Turkey nor Syria nor Iran will take lightly any attempt at redrawing of borders or the present political control patterns. Herein, the world powers will have to do some deft juggling and diplomacy to ensure status quo, contain chances of conflict and ensure peace and stability in the region. That is a tall order!

What India Needs to Do

India needs to get itself to the high table. Our interests in the region are not restricted to oil only. We had and will have in the future, a very large workforce in the region. So will other South Asian countries. India in diplomatic matters will have to take on the South Asian lead. Whether war or peace, every country has to do commerce and trade. 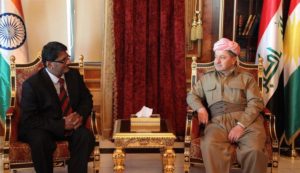 Our influence in the West Asian region must increase along with our South Asian regional aspirations. Here we require to establish our networks for diplomacy and commerce as well as intelligence. Future terrorist threats to the world is likely to emanate from this region. There is also a need to establish military to military contacts – we have a lot to gain from the experiences of militias and forces who have been successful in semi urban and urban warfare for over a decade.

One has avoided Sunni – Shia confrontations and implications because it is a topic by itself. Needless to say, Kurds are basically Sunni Muslims with underpinnings to return to its older religion – Zoroastrianism, which is finding some traction in all Kurdish areas across the region. Kurds of Iraq need a homeland and deserve their freedom. They have earned it in the last decade. This will stabilise Iraq and the region in the long term. How the aspirations of Kurds in Armenia, Iran, Syria and Turkey will pan out is another matter altogether.