Deft Beginnings & Great Hopes: At Last Towards “SWAVALAMBAN” (Self- Reliance)?

With the government at Delhi at the three-year mark, the internal and border security environments certainly pose some concerns. However, the author argues that these ups and downs can reduce only when Pakistan is compelled to back-off in the face of Indian and perhaps others’ hard power. Since it’s coming to power, the current dispensation at Delhi has made Indian hard power, more effective and more Indian.

New beginnings have been made with the recent unveiling of the Strategic Partners policy for defence indigenisation. In these three years the current government has made more headway in making the policy framework more responsive, participative, competitive and transparent than at any other period since Independence. Hopefully, these steps would contribute to greater integrity of all participants, reduce malfeasance, and yet be hopefully easier, and faster. There are likely to be bumps as well as potholes, but at least the road seems to be headed somewhere.

DEFT BEGINNINGS & GREAT HOPES: AT LAST TOWARDS “SWAVALAMBAN” (SELF- RELIANCE)?

For much of our 70 years as a nation, there have been serious internal security issues. Some have been resolved, some continue to fester, a few occasionally become very serious concerns. Kashmir does seem to be currently at a serious juncture, but we have been at such indices even before. According to some observers, J&K has seen various “points of inflexion” in the past which have not quite turned out to be such. Things have often improved considerably for some time.

Through a tactical microscope, situations often seem much worse or much better—depending on viewpoints and prejudices – than can be discerned by a strategic telescope. In many ways the insidious external linkages to internal troubles require India to carefully ramp its hard power upwards. At the same time, serious reforms to the training, equipping, deployment, morale and leadership issues of the Central & State Para- Military Forces and police need to take place.

While some equivalent of the US Posse Comitatus Act (1878) may not yet be possible in India, making the million-plus central police forces accountable for internal security and letting the Armed Forces (especially the Army) focus on protecting and advancing national interests should be the aim. Importantly, the hard power of the state in its external requirements would need to be future-ready. It is not an easy task for a nation that is so dependent on hardware imports.

It Will Also Require More Money

There are no templates for defence budgeting that can come to our rescue. Building up hard power, deterring war or winning in one takes money. On the one hand, the military has grown accustomed to year-on-year increase in budgets, allowed for inflation. An individual service’s share goes up or down periodically; revenue costs keep rising; money for real modernisation is never enough. At best we end up evading as well as avoiding the difficult questions of future-readiness finding some consolation in buying (and/ or making) platforms and weapons that essentially are simply better versions of what we have. So, instead of future-ready forces, we veer towards “past-perfect” hardware.

For us to start tracking towards future-readiness, far greater investments would need to be made in the public as well as private sectors of education, skill development and R&D. In their opinion pieces of last week, Lt Gen Subrata Saha (Retired) and Nitin Gokhale have already highlighted the inclusion of these requirements in the SP model. What is now required is the way in which R&D, skill development, capital infusion budgets need to be worked out in partnership with all concerned. A cautious, “trickle-approach” is unlikely to work best. (Useful pointers to more effective R&D budgeting are in IDSA OP 41 by Ranjit Ghosh, 2015). To kick start the process, the GOI must find the money to enhance overall R&D to 2% of GDP and quadruple defence R&D for all stakeholders, including newcomers, in the SP model as well as for MSMEs.

Measuring defence budgets as a percentage of GDP is after all only an empirical approach with its uses and limitations. The current level of less than 1.6% seems to be very low and precludes the kind of future-readiness that would be needed. In internal terms, increasing the budget by about 25% for the next year and about 30-40 % for the year after that might enable the infusions that are necessary for making ToT an inducement for foreign partners. In the SP, otherwise, there will always be a real danger of build-to-Print (BtP) being dressed up as revitalised ToT. We have allowed this approach to be passed off as “indigenisation” for long enough. The SP has evolved better criteria for measuring indigenisation but it will need to be encouraged, monitored and enforced with the public and private sectors. It is well to remember that ToT will have to be squeezed out in most cases from OEMs. It will require far greater perseverance, toughness and sincerity from the DPSU/ Pvt SPs.

Treat SP as a Road: It is Unlikely to be an Expressway 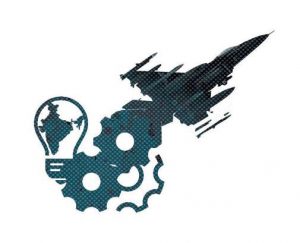 Guarding against “irrational exuberance” (apologies to Alan Greenspan) about SP will be important. The road will be difficult, with speed-bumps and potholes. De facto, India has already had decades of experience with SPs, with DPSUs being as good as SPs. Much of it has not been very encouraging in terms of technology absorption, production efficiencies, cost-consciousness, maintenance repair and operations (MRO) and life-cycle support. Uninspiring examples exist from other countries where the private sector has been in the lead for decades. Cost and time overruns have been serious in many cases.

Australia, a country like us that is technologically deficient, import-dependent, partnership- oriented is always an instructive example to study despite some success stories. Their shipbuilding and ship-upgrade programmes have caused much frustration for stakeholders. Cost and time overruns by very wide margins, reliability issues (most recently with their Landing Helicopter Docks), marginal factual gains in technology absorption have been written about. All this has taken place within an admirable environment of significant transparency, close scrutiny, dynamic acquisition processes and the benefits of close political and military relationships with partnering governments.

The current thinking on MSMEs is an improvement on the initial iterations of the SP model. This will be critically helpful but more support for MSMEs is called for. Small companies have often played central roles in capability development. We just need to study the history, tribulations of/ cultural opposition to unmanned aerial vehicles (UAV) to get a sense that big companies tend to go after the big bucks. They sometimes lack the creativity, risk-taking ability that MSMEs have. But for such small companies (sometimes no more than a few individuals in “company”), and but for some agile minds within some militaries, the crucial benefits that UAVs bring to the battlefield of today would have been smaller. (See Sloggett’s “Drone Warfare” and Katz’s “Weapon Wizards”). This is merely one example but since future strategic capabilities can be conceived in a garage and initially produced in modest facilities, “strategic” as a prefix to “partnerships” can have a spread far wider than four/six or even a dozen areas that we seem to be working on.

Much of the public discussions of the SP model and indeed of defence acquisition reforms have centred around other stakeholders. While this has been important, the most important stakeholders of the SP are the Services, singly as well as jointly. Some quick points:

Ø Carefully contemplate what might the battlefields of the future in 20- 40-60 year horizons be like. This thinking has to imagine, above all, the possible environments at the operational and tactical level of warfare as might play out in such time spans. Capability and vulnerability analyses go hand in hand and this has to be done across the spectrum of conflict to determine where money could be gainfully concentrated, opportunity costs minimised. Some nations and their armed forces are carrying out such exercises if only as a result of lessons of history. Not all such thinking may be borne out in the future but the risks of not doing so outweigh the errors of the exercise.

Ø See the changes that are required for current hardware to keep them effective in the near to mid -term. How would SPs participate in modernising “legacy” hardware?

Ø Take measures to reduce cost and time overruns. In either case, it is the forces that pay the price for some capability postponed due to delays, and some other capability negated as an opportunity cost at the altar of budget constraints. Companies (that is the SPs) rarely pay the price even if they do not deserve all the responsibility for such overruns. A dispassionate view of the US military- industrial complex’s canvas shows that the US armed forces as customers often carry less weight on Capitol Hill than the large firms.

Ø There is, therefore, a fundamental danger for any country to become a sellers’ market for arms, whether indigenous or imported.

Ø With a formal framework to the SP model, the Services and not the least HQ Integrated Defence Staff have to get beyond internecine skirmishing and get to work closely with industry for discussing SQRs, draw roadmaps and then stick to them. All stakeholders need to be able to thump the table to get their viewpoint across. The history of armament building shows that untidy discussions have a greater chance of tidier solutions, not the other way around.

Ø This also means that the force-structuring process has to be more in the public domain than has been the case so far. The more vigorous the public discourse and the more argumentative the internal processes within the MoD and with the industry, the smaller might be the price to pay in combat. Winning a war, as has been said before, is in any case, a fine return on investment.

There is much more that needs to be done in the area of jointness, integration, reduction of personnel numbers through better utilisation and a break from old ways of doing many things. On its part, the Government has put in place many changes in the processes of the MoD, DRDO and DPSUs in the past three years. Specifically, in terms of increased self reliance (swavalamban) the SP tree should start bearing blossoms and then, fruits.

If India is to advance and protect her interests, the instruments of hard-power need to be future-ready, self-reliant, dynamic, joint, and progressive.