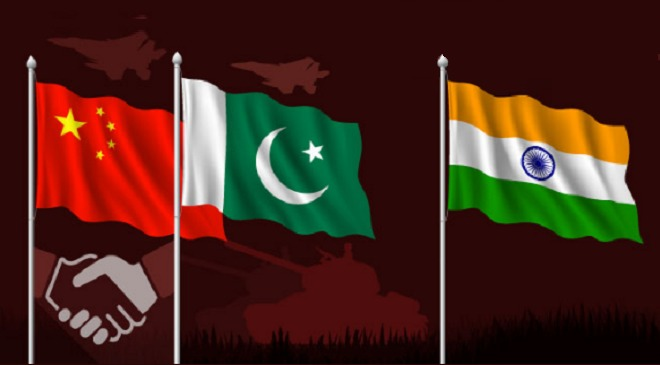 Pakistan–China strategic nexus is unequivocally the most formidable national security challenge for India. The two countries have romanticized this relationship by acliché, “higher than mountain, deeper than ocean, stronger than steel”. The foreign policy mandarins in Beijing have coined a new epithet for Pakistan – ‘‘Ba Taa”, the Iron brother. Pakistan – China strategic partnership is essentially an asymmetric relationship. Pakistan is a failing state, whereas, China is on the trajectory to become a ‘Great Power’ by the middle of this century. What makes the two strange bedfellows click is their shared disdain for India.

To put in the words of noted former Pakistani diplomat, Hussain Haqqani,‘‘for China, Pakistan is a low cost secondary deterrence to India and for Pakistan China is a high value guarantor of security against India.” President Xi Jinping, during his April 2015 visit to Islamabad had alluded,“China will be Pakistan’s net security provider”.China uses Pakistan as a millstone to fix India in the South Asian orbit and pursue its stratagem, ‘kill with a borrowed knife’. Rawalpindi plays the‘Dragon card’to pose a two front dilemma for India while it prosecutes proxy war in Kashmir with impunity. 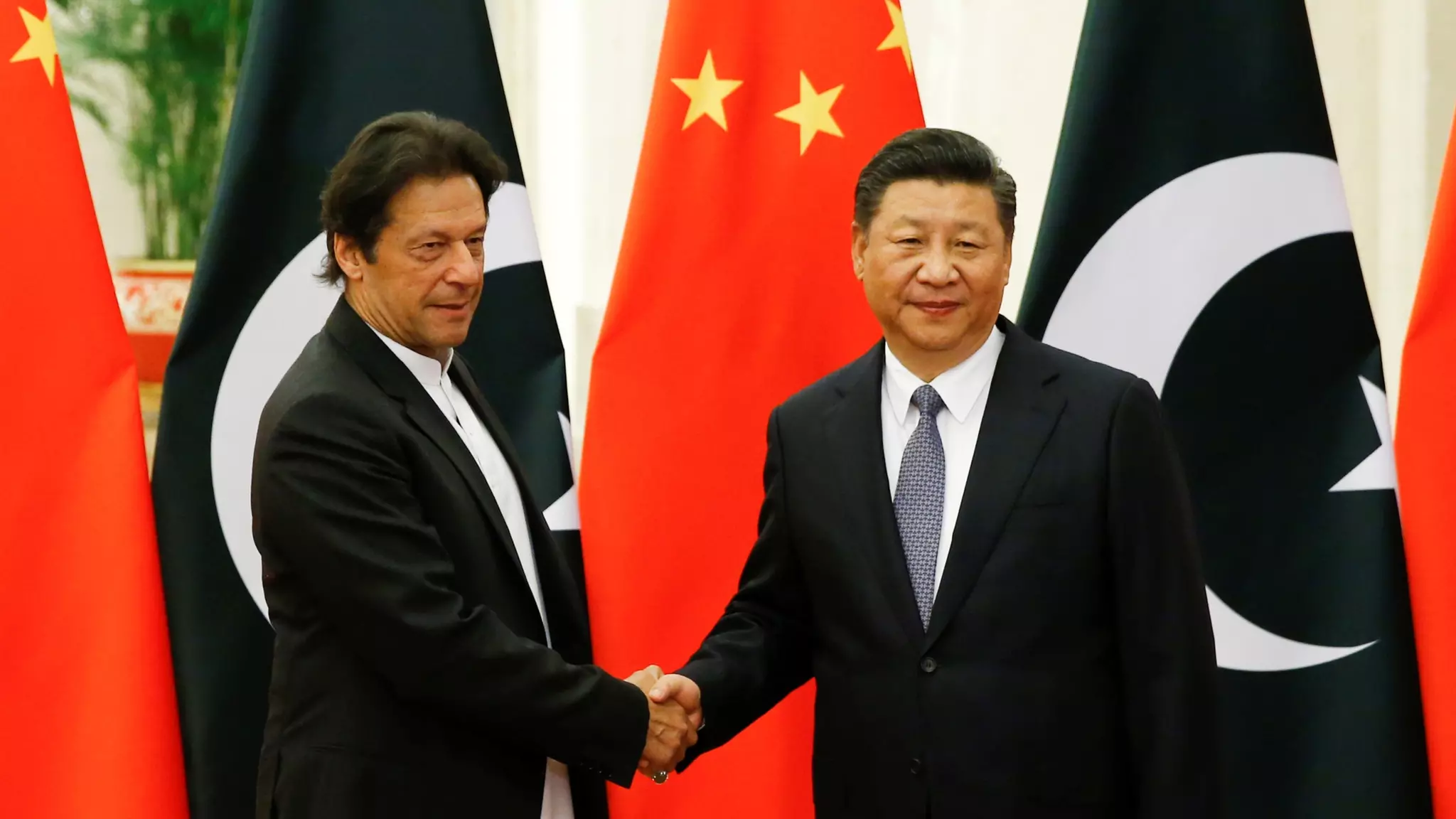 President Ayub Khan had mooted the idea of India – Pakistan Joint Defence Act against China, though parried by Pandit Nehru. In 1963, under a boundary agreement, Pakistan ceded 5100 sq km Shaksgam valleys to China after the two sides signed a boundary agreement. Since then, their bilateral relations were marked by a number of agreements, notably, Comprehensive Nuclear Cooperation Agreement -1986,Free Trade Agreement-2003, Treaty of Friendly Cooperation and Good Neighborly Relations -2005, CPEC and 51 other agreements signed in Apr 2015. During the early seventies, Pakistan facilitated rapprochement between Uncle Sam and the Dragon.

The opening up of Karakoram Highway (KKH) in 1997 further boosted their partnership. In the mid nineties, Beijing covertly aided Pakistan foisted Taliban regime in Kabul and in the wake of 1998 nuclear tests, China provided financial assistance to Islamabad to tide over financial crisis accrued from the US economic sanctions. China has scuttled India’s entry into the Nuclear Supplier Group and blocked UN resolution 1267 to declare Mohd Azhar as a terrorist. Nevertheless, Beijing has remained calculative in rendering open support to Pakistan during the past conflicts, particularly during 1971 war, when China choose to keep the northern borders dormant. During the Kargil conflict, Beijing favored maintaining the sanctity of the LC and resolution of conflict through dialogue. Also,Beijing has voted in favor of Financial Action Task Force decision to put Pakistan in the grey list for abetting terror financing. Nonetheless, Pakistan China strategic nexus remains on a firm footing in all its determinants 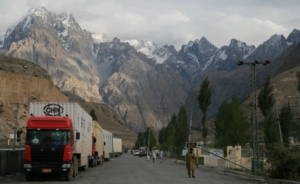 Strategic: The BRI and its flagship project the CPEC; have increased the salience of Pakistan in the strategic calculus of China.KKH is the jugular vein that connects Xinjiang via the Indian claimed territory of Gilgit–Baltistan (GB), with Pakistan. Gwadar has emerged as the strategic pivot in the Arabian Sea, where the continental and maritime prongs of BRI converge. CPEC will provide an alternate trade routes to the Strait of Malacca, a choke point for China sea trade. Notably, in Ladakh and Northern Kashmir the political and military objectives of Pakistan and China converge. China is in illegal occupation of 38000 sq. km of Aksai China and 5100 sq. km of Shaksgam Valley.

Pakistan, on the other hand, occupies about 70000 sq. km of Indian territory through which China is building the CPEC. But for GBlink, Pakistan and China will have no common borders. It is for this reason and in deference to China’s concerns, Pakistan had issued the New GB order 2018, making it virtually a quasi-5th province of Pakistan. China is wooing Afghanistan by extending the CPEC there and assisting Afghans inter-alia to set up a brigade size military base in the Wakhan Corridor, bordering the Xinjiang province. Pakistan has also become a linchpin of Russia cobbled anti-US alliance that includes China, Iran and Taliban. If Taliban reaches a power sharing arrangement in Kabul, both Pakistan and China will tacitly call for truncation of India’s pre- eminent role in Afghanistan.

Economic: Pakistan-China trade is slightly more than $ 20 billion,with more than $18 Billion imports from China and less than $ 2.00 billion exports from Pakistan. In addition to projected investment of $ 62 billion for the CPEC, China has pledged  $ 2 billion as a bail out to shore up Pakistan’s diminishing Foreign Exchange Reserves. CPEC is estimated to boost Pakistan’s GDP by 2 to 3%, create 700,000 jobs, and produce 5000 MW of surplus power. However, there is consternation about Pakistan plunging into a debt trap.  It is known that 91% of revenues from Gwadar port over next 40 years will go to China.With nearly half the CPEC projects completed, Pakistan currently owes China $23 billion. After the completion of $62 billion investments, Pakistan would owe China a whopping$90 billion. Pakistan will come under heavy debit and end up becoming China’s satellite state.

Diplomatic: In the diplomatic domain, Pakistan encashes on China’s veto power at the UNSC. Islamabad swears by ‘One China Policy’, be it China’s position on Taiwan, Tibet or feigning ignorance about the human rights violations committed against Uighur Muslim population in Xinjiang.  For China, Pakistan is a conduit for spreading influence in the Muslim world. As far as Kashmir, China has moved away from the position of studied neutrality to that of overt pro-Pakistan stance. 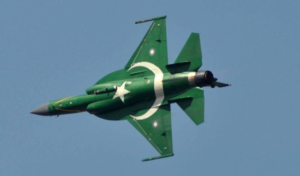 Terrorism: It is a major fault line in the Sino-Pakistan strategic relations.Islamic State of Khorasan Province (ISKP), East Turkestan Islamic Movement (ETIM), Baluchistan Liberation Army (BLA) and Tehrik e Taliban of Pakistan (TPP)  pose threats,both for Pakistan and China. In the past the killings of Chinese citizens by Pakistan based terrorists groups had strained their relations, leading to the storming of Lal Masjid. China is well aware of the linkages between hardcore elements within the ISI and the ETIM. China’s oppression of Uighurs in Xinjiang will sooner or later generate a blow back effect in Pakistan against China.Such contingencies could strain bilateral relations. 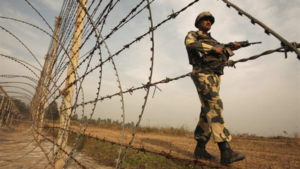 Collusive and hybrid threats from Pakistan and China are a stark reality. At the low end of the conflict spectrum, India will continue to face proxy war from Pakistan and creeping assertiveness at the LAC from China. Concurrently,India will face the risk of asymmetric threats in the cyber, information and outer space. There exist a number of flash points, such as jihadi strikes and Border Action Team (BAT) actions by Pakistan; and Depsangor Chumar or Doklam type incursions by the PLA. Resolute Indian responses such as surgical strikes and‘quid pro quo’ actions could take the conflict up the escalation ladder to sectoral conflicts or even conventional wars under a fragile nuclear overhang. Ironically, segments of our political class and strategic community take a very benign view of collusive hybrid threat scenarios ignoring what Pierre Wack, an unconventional French thinker said, “In our times of rapid change and discontinuity, crises of perception – the inability to see novel reality emerging …being locked inside obsolete assumptions – have become the main cause of strategic failure”.Can India afford another strategic failure?

Pakistan is like a toxic jelly that may change its form but will retain its toxicity towards India.China and India,with divergent and venerable cultures and vast population, are likely to compete with each other for resources and influence. For the decades to come,India will encounter strong Pakistan – China strategic nexus. For India,it is a strategic imperative to remain a pre-eminent power in South Asia and the IOR, be a strong Asian power and an important global stakeholder.

Development of Comprehensive National Power (CNP), synergy in the instruments of national power and strategic configuration of CNP for furtherance of national interests is a ‘sine qua non’ for India.New Delhi and Beijing will have to evolve a ‘modus vivendi’ to steer their vexed relations along a positive trajectory. India should assiduously address the issue of widening power symmetry vis a vis China. As far as Pakistan is concerned, India needs to sharpen its punitive deterrence capabilities by investing, inter alia, in the domain of non-contact, non-kinetic warfare, to raise the cost of proxy war for Rawalpindi.

Diplomatically, India should step up its efforts to garner international support to pressurise Pakistan on the issues such as grey listing of Pakistan in the FATF and sanctions under the UN resolutions 1267.  To reclaim its strategic influence in the immediate neighborhood, India will have to become a credible net security provider, an anchor of regional economic integration and a soft power hub. India should continue to follow a multi-vector policy foreign and leverage its stature to build a concert of middle level states in the balance of power.In order to mitigate the ‘two front dilemma’, India needs to balance out by investing in the ‘Free and Open Indo-Pacific Policy’ and India-Iran-Afghanistan Strategic Partnership for a sustained engagement in Afghanistan.

Finally, towards achieving a credible deterrence, we need to reflect on what Paulo Cohelo, the author of Manual of warrior said, “Love everybody but never sell your sword” and what President Theodore Roosevelt, had alluded, ‘Speak softly and carry a big stick; you will go far”.

Maj Gen BK Sharma Heads Centre for Strategic Studies and Simulation at the USI of India. He specializes in strategic Net Assessments, Scenario Building and Strategic Gaming. He is a graduate of Defence Services Staff College, Higher Command course and National Defense College. He attended a course in International Peacekeeping in Santiago (Chile) in the year 2000.