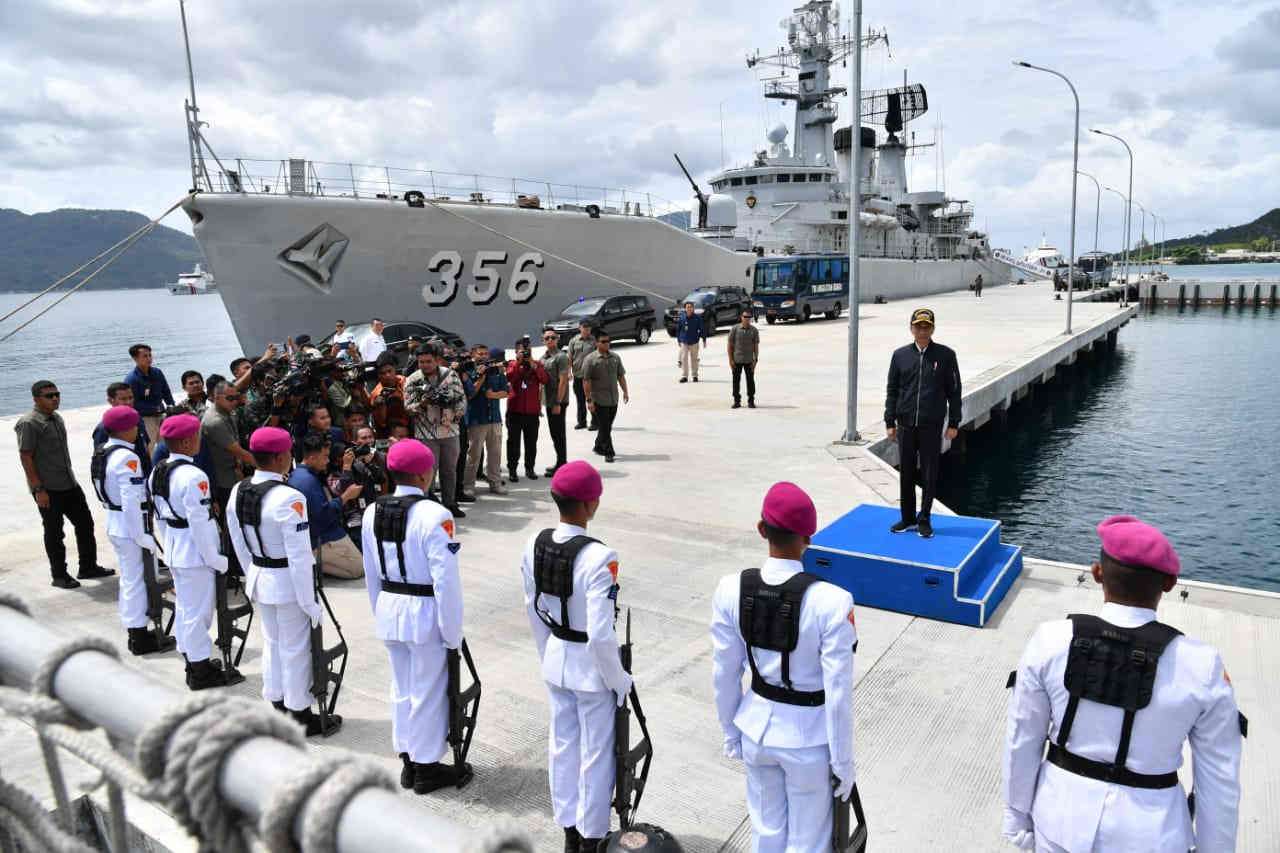 Dragon Hisses in the Himalayas, Spits Fire in Natuna Sea

The waves around Indonesia’s Natuna Islands in Natuna Sea have been boiling often-on with Chinese fishermen crossing even beyond their self-defined nine-dash line. Notwithstanding protests even by countries in the South China Sea like Brunei, Malaysia, Philippines, Taiwan, and Vietnam, China continues to fish and forage in disputed waters with its Coast Guard boats protecting a whole militia of fishermen. Though Natuna Regency includes the northernmost undisputed Indonesian islands, the waters of Natuna Sea, just south and adjacent to the South China Sea, is often intruded into by the Chinese, claiming that these areas are the traditional fishing areas of their people.

On 26 May, Indonesia handed over a diplomatic note at the UNO. The note informed the world body of Indonesia not recognising Chinese nine-dash lines or so-called Chinese historical claims while being committed simultaneously to UNCLOS. The Indonesian stance was reiterated by the Indonesian Foreign Minister RetnoMarusdi, in a press briefing on 4 June.

On 5 June 2020 Lieutenant General Kevin Schneider, the Commander of United States Forces in Japan, commented that China is using the coronavirus as a cover to push territorial claims in the South China Sea through a surge in the naval activity meant to intimidate other countries that claim the waters.

The Natuna dispute is an old one which China has kept it active by fishing in the waters around the island for a long time. Focussing on the incidents of the recent past, the issue flared up in January 2020 with Chinese fishing vessels appearing in strength. Indonesians decided to flex their muscles and sent their naval ships to the area. The assets deployed included anti-submarine corvettes, guided-missile frigates, one diesel submarine and a Landing Ship Dock. The Indonesians also deployed their F16 aircraft. The Chinese appeared to back down, however, the Indonesians continued in strength trying to convey their intent quite deliberately.

In February 2020, Chinese fishing vessels started their encroachment again escorted by their Coast Guard ships close to Natuna islands. The Coronavirus spread seemed to have only emboldened the Chinese further. Indonesian fisherman mostly uses their wooden fishing boats. The Chinese come in trawls and make aggressive moves towards the Indonesian boats, forcing them to move to safer areas.

In a response to Indonesian diplomatic note, China had informed to the world body that “China is willing to settle the overlapping claims through negotiation and consultation with Indonesia, and work together with Indonesia to maintain peace and stability in the South China Sea.” However, China does not want an agreement that brings in all the stakeholders to the South China Sea together. It wants to deal with each of the nations’ individually in the format of bilateral agreements with China.

In the virtual meeting of ASEAN leaders, held on 26 June and Chaired by Vietnam the stress was on regionalism. Thai Prime Minister Prayuth Chan-o-cha stated that ASEAN should “Strengthen regionalism, avoid being forced to take sides and become a bridge for those powerful nations to interact with the region,”

In the ASEAN meet, the Philippines and Vietnam raised the issue of repeated violation of international rules in the South China Sea. Vietnamese Prime Minister Nguyen Xuan Phuc said in his opening remarks that, “While the entire world is stretched thin in the fight against the pandemic, irresponsible acts and acts in violation of international law are still taking place, affecting the environment of security and stability in certain regions, including our region”.

The meeting failed to progress a Code of Conduct for South China Sea. A draft of the Code of Conduct was arrived at in 2018 and it was decided that it would be finalised by 2022. However, China was reluctant and will remain so. It does not want a unifying issue for ASEAN countries.

The Chinese incursions into the disputed waters in the South China Sea are but a corollary of its intrusion along the land borders between India and Tibet. President XI Jinping’s ambitions have not been tempered by the COVID-19’s rampaging march that he had flagged off. While doling out a fistful of assistance to countries suffering from the spread of the Coronavirus, China has only accelerated its efforts to usurp territory, both on land and at sea, while ensnaring countries into a debt trap.

The fact of India taking a strong stance along the Indo-Tibet border has a cascading effect on the confidence of the South China Sea countries. Further, three US Super Carriers being now in the Pacific is proof of the US determination to stall China’s expansionist motives. The US is also redeploying almost half of its forces in Germany. That will provide an additional 25,000 troops for deployment. They have also been quite vocal about Chinese incursions in India; a stance that would enhance the confidence in the US of South China Sea nations.

As the Quadrilateral of US, Japan, Australia and India becomes more cohesive, countries in the region may align themselves with the Quad, and thus avail of its assurance while simultaneously bolstering the Quad’s capabilities to ensure that global commons in the South China Sea, remain so. The regional players can then focus on building their economies. In the bargain, they would retain their strategic decision making, rather than being held hostage to Chinese threats.

Indonesia is one of the biggest nations in the area. It’s also a growing economy and a regional military power. The Coronavirus may have caused a ripple in its growth, but it could well make a turnaround and flourish as a base for global manufacturing at the end of the day. It remains to be seen how the nation navigates through the South China Sea’s turmoil and reaches its goals.