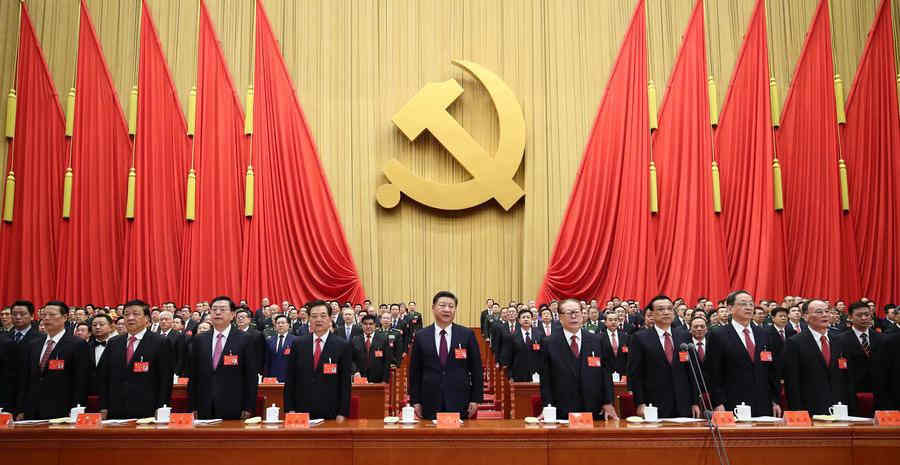 Chinese Communist Party and The ‘Art of Lying’!

“All warfare is based on deception”

The ‘Art of War’ is a seminal work of the ancient Chinese strategist, Sun Tzu (5th Century BC) that is a part of the discourse in military academies across the world.  Much of Sun Tzu’s theories are based on deception of the enemy to gain the upper hand. The Chinese Communist Party or CCP, though has spun the ancient wisdom into a modern-day practice of lies, lies and more lies!

The CCP’s 90 million member’s primary motivation has never been the social development of their people. Rather, this clique comprising only 6 per cent of China’s population, 2270 delegates of the People’s National Congress and seven active Politburo members employ lies and surveillance to exercise ruthless control over their population. But falsehoods as a prime tool have not been a recent development with CCP.

In the 1970s, it lied to its own citizens by initiating a ‘Cultural Revolution’ that killed millions. Hundreds of thousands perished consequent to AIDS spread in mid 1990s due to blood and plasma collection malpractices in the Henan province. But China refused to acknowledge it. One of the biggest sources and victims across the world of SARS in early 2000 was China. Again, barely acknowledged.

In 1997, China promised the United Kingdom that Hong Kong would retain its autonomy and mini-constitution of sorts for 50 years. Even before half of that promised duration was over, China has revoked the autonomy of Hong Kong. Chinese Communist Party brought out a Security Law that will create a powerful new secret police. Judging by China’s use of coercion repression on the mainland, and free speech, rule of law will be a passé.  In effect, Hong Kong would become just like mainland China, where any criticism or protest against the government and the Chinese Communist Party is forbidden. Disregarding international treaty, this brazen move is merely the latest example of belligerent nationalistic behaviour from China directed at both domestic and international targets, post- Wuhan.

Concentration camps for Uyghurs in the Xinjiang province are conveniently labelled as re-education camps.  Indeed, CCP is on a different plane of falsehood as a tool of state policy. If subjugation of their own didn’t satiate its appetite, the CCP with its PLA henchmen is now on a global domination quest with lies as its favoured weapon of choice.

Even the Chinese Navy’s much-touted maiden aircraft carrier too has dubious origins. Because it could not be sold for military purposes, a Hong Kong-based CCP controlled firm – Chong Lot Travel bought the erstwhile Russian carrier, Varyag, as a future Casino. It was then passed onto another firm – Chin Luck (Holdings) and was converted into what is today the aircraft carrier, Liaoning. Much like the Varyag affair, in 2011, a Chinese businessman offered to buy 300 km in Iceland, ostensibly for a golf resort. Fortunately, the citizens of Iceland did not fall for their spiel and were able to see through CCP’s lies.

Trust in international relations among nation-states has been a difficult path over the centuries. While every country looks after its own interests, there is at least an attempt to build and sustain trust for the global common good. CCP, on the other hand, prefers deceit as its first and only option against all countries. It prefers self-glorification over anyone’s good.

The past week witnessed Chinese foreign ministry and the military repeatedly claim the entire Galwan Valley – their latest attempt in the area of cartographic lies.  Unfortunately for them, these lies too remain exposed by their own maps of 1962 war which actually depict China’s claim to the Galwan Valley ending before the Galwan river meets the Shyok river. While Tibet may have been the initial victim of Chinese conquest through Himalayan lies, it doesn’t end there. In 2017, it was Doklam for Bhutan. In 2020, Chinese cartographers decided to create some new maps with Nepal too. The Nepalese survey department has revealed how China has encroached in 10 places which comprise nearly 33 hectares of Nepalese land in the Humla and Rasuwa districts.

The much-touted One-Belt-One-Road has become a One-Debt-One-Road (ODOR) for financially weak countries. Promised of progress and benefits from relaxed loan terms, the countries are now struggling. The Hambantota port in Sri Lanka that was forced into 99 years lease and the Gwadar port in Pakistan for 40 years plus are merely the tip of the iceberg – the list could be much longer. Incidentally, after initial claims of ‘purely commercial developmental interests’ of Gwadar for the benefit of local Pakistanis, the port is on its way to being a PLA Navy bastion. Djibouti, in Africa, which was meant only to be a logistic support hub is now a full-fledged military base, in exchange for relief from debts. Angola is repaying a multibillion-dollar debt to China with crude oil, creating major problems for its economy.

Be it island nations in the South-West Pacific or Central Asian countries, there is no end to the Dragon’s coercion through lies. Today, the Dragon has reduced itself to a street corner bully, unbecoming of an ancient civilisation. While 2020 has been a rough year for the whole world, just the month of June has witnessed unprecedented attempts at bullying by Chinese using a bunch of lies as its bulwark.

It made claims yet again to the Japanese Senkaku islands; Chinese Air Force fighters, bombers and reconnaissance aircraft intruded South Korean air space and repeatedly violated Taiwanese air space; attacked Vietnamese fishing boats in the South China Sea – the second time in a few weeks; pressured Indonesia and Malaysia in the South China Sea with exaggerated territorial gains; carried out targeted cyber-attacks against Australia and intimidated Philippines to an extent that they decided not to cancel a military agreement with the USA after all!

The list is quite endless if one were to consider their attempts to use lies to intimidate and usurp territory and influence across smaller Asian and fragile African countries and their governments.

There is one activity though that does not have any competitors challenging the CCP’s skills. For decades now, China has maintained the top position in global intellectual property theft. Be it military secrets or industrial espionage, no other country comes close. It could be said that much of Chinese industrial and military might has been built on stealing, which has usually been achieved through befriending unsuspecting victim countries with the sole intention of IP theft.

The CCP’s web of lies has also ensnared one of its closest friends, the Russians. In 2013, Russia facilitated China’s entry into the Arctic Council as an Observer. The CCP has now declared itself a ‘near-Arctic’ nation and announced a Polar Silk Route (akin to the Maritime Silk Route), even though China is 7,500 km away from the Arctic! The CCPs lies are now becoming apparent to the Russians, as they attempt to aggressively increase Chinese presence in the Arctic to secure a new energy frontier.

Despite the whole world and even the WHO now admitting that the origin of the Chinese virus being Wuhan, China kept deflecting the source to other countries through a carefully crafted series of lies. During the initial days of the outbreak, it continued international air travel from China despite banning domestic travel and imposing a lockdown.

An honourable doctor Li Weliang who first reported the Wuhan virus to the common Chinese citizens was hounded by the CCP till he too succumbed to the virus. It web of lies notwithstanding, even after claiming zero cases, the second outbreak has occurred. Yet, China continues with the earlier policy of internal lockdown while permitting international travel. What is worse, it is now the turn of the USA and Europe to be blamed by the CCP as the source of the second outbreak.

The Dragon of today is not a mythical creature to be regaled. It could have been a world leader if it chose to. Instead, it has reduced itself to a street corner bully.  Its claims of a ‘peaceful rise’ is a myth. It is merely a lying economic and military giant with an uncontrolled appetite for conquest. Sun Tzu may have authored the ‘Art of War’. But perhaps a new publication titled ‘Art of Lying’ is in the offing from the CCP stables.