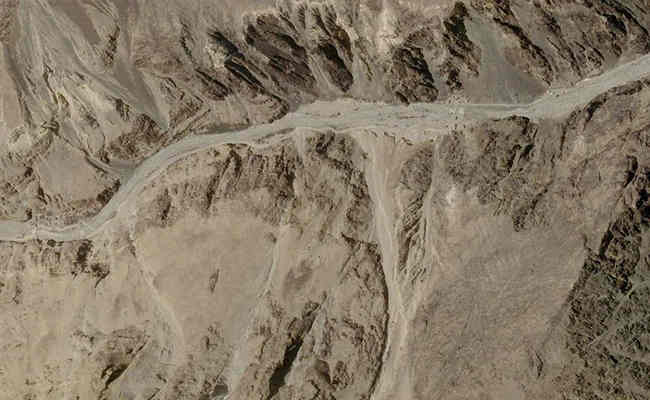 20 Indian body bags have already reached destinations and last rites of a few brave men are in progress. They defended the nation’s honour; whatever be the cost. Perhaps the essence of the message that India is no push-over today has already reached Beijing. Whether we decide to go into Chinese held areas across the Line of Actual Control or not, Galwan disallows India from stepping back anywhere else. The LAC, notwithstanding its divergent perceptions, has become a more defined line.

The Galwan Valley has not heard the echoes of a single round being fired in a rage since 1962 when the Chinese overpowered an Indian platoon with overwhelming superiority. Even today, not a single round has been heard. To that extent, the slate remains clean. However, Galwan had not witnessed a single soldier’s death since 1962. The entire length of the LAC has not witnessed any death after the 1975 ambush of an Indian patrol at Tulung La, Arunachal Pradesh. That record is smeared with the blood of both Indian and Chinese soldiers.

The obvious conclusion that Galwan leads to is, like our Line of Control with Pakistan we need an inviolable line properly demarcated on the ground the crossing of which will be viewed by either side as an act of war. The concept of an ambiguous LAC, not demarcated on the ground, has been pushed to the extreme by the Chinese. The Chinese Salami Slicing strategy of gradually extending their areas of occupation has its roots in the LAC’s ambiguity. The Chinese have so far drawn strength for our soft response. However, our stance at Doklam in 2017 and Galwan now would have conveyed our resolve. The Chinese have 43 casualties they have reportedly suffered. It’s not a country that has had to count its dead, too often.

22 rounds of border talks at the level of special representatives of India and China have achieved little beyond keeping the simmering issue from bursting into flames. The dialogue mechanisms at operational levels between military commanders had successfully kept the fingers away from triggers across the LAC’s  3,488 km stretch. With Galwan, China has trashed every gain the two counties made. The spirit of Wuhan and Mamallapuram lie in a heap of ash. Demarcating the LAC is a difficult task with an unwilling Chinese leadership not ready to commit itself to any measures that could lead to accountability in terms of border transgressions.

The other immediate necessity is to keep an eye on Chinese deployment in the depth, in Tibet. Though the Chinese Foreign Ministry Spokesman, Zhao Lizian has said, “We, of course, don’t wish to see more clashes,” he represents the leadership of a nation that cannot be trusted. That they will not launch a limited offensive in areas favouring them cannot be concluded. We need to constantly track the movement of their formations and countervail any major force application they may be preparing for. Our intelligence picture needs to be constantly updated.

At the global level, India needs to mount a concerted effort to get Capitals across continents to appreciate our stance through a professionally conducted information campaign. Chinese Virus caused the stock markets to totter, while china launched itself into a buying spree. They have taken the opportunity to tighten their hold on Hong Kong. If coronavirus would have got a few more US aircraft carriers confined to ports, like the USS Theodore Roosevelt, they would have perhaps felt better poised to teach Taiwan a few lessons.

China is lapping up smaller nations with assistance to fight the COVID-19 crisis that the Chinese themselves initiated. Amid the global China Virus triggered mayhem, the Chinese are trying to gain a lap in the race to be the greatest power in history; an old dream of a bygone era of the Middle Kingdom. The web that the Chinese are constructing needs to be explained to smaller countries that are either headed for a debt trap or are on the verge of losing their sovereignty to Chinese designs.

Among the major issues to be addressed with a sense of urgency is the operationalization of the Quadrilateral of India, Japan, US and Australia. The logistics agreements in between the countries does flag its progress, however, in terms of cohesion in recognising threats to one being considered as mutual by others, is yet beyond the horizon. There is a need to induct the smaller countries of the Indo-Pacific into the Quadrilateral. The immediate focus needs to be countries like Indonesia, Malaysia, Vietnam and Philippines. But for smaller countries to take that step, the Quadrilateral’s strength needs to be measurable, dependable and convincing. Today, what inhibits them is not the display of solidarity that the Quadrilateral can pronounce, but the answer to another question. Will you be there in strength for us if and when the occasion arises?

India’s neighbourhood policy is taking a beating. Apparently, we neglected Nepal, till Nepal decided to take us head on. Is the Ministry of External Affairs unable to focus on multiple problems with similar vigour, simultaneously? Were we so pre-occupied with border transgressions that we found no time for Nepal? Now, the dye is almost cast. Lipulekh, Kalapani and Limpiyadhura will remain sore issues for decades. The Chinese are set to gain more access, progressively. And progressively again, Nepal is headed like so many other countries towards losing its independent strategic decision making to Chinese dictates. We could even have a domestic problem with lakhs of Nepalese we absorb so proudly otherwise, especially in our armed forces. Similar challenges are simmering in Bangladesh and Myanmar.

Reports of the Indian Navy having already positioned itself for intervention of seaborne traffic is already there in the open domain. Though not an immediate necessity the posturing needs to be maintained and calibrated to be a deterrence to Chinese designs across our land borders. A display of co-ordination at sea by components of the Quadrilateral in the form of exercises, would convey a strong signal. It’s time to also open the doors for the Australian Navy to join the next edition of Malabar.

Force modernisation and border roads development are complimentary efforts.Both have suffered huge lags over the decades. It’s futile at this stage to blame previous governments. The current dispensation has been in saddle for six years. Progress has been made but not at par with threats the country is faced. There is greater political will required by India in terms of force modernisation. Border infrastructure even now is rudimentary. It requires thrusts and provides spinoffs in terms of development too.

It would be prudent to respond to Chinese transgressions by undertaking probing actions across the LAC. China needs to be served some of its own broth. Only then will they realise that approximately  3500 km border, vulnerabilities remain for both sides.

The Chinese undertake these incursions not just to serve as irritants. These tactical ploys allow them to gauge our reaction capabilities and capacities. They also get an idea of our mobilization timings, the time frame of our build-up, and some idea about operational tasking of our depth formations. Our forces will gain similar data of Chinese formations with our incursions into their areas.

A few issues need to be taken at the tactical level to ensure such bloodshed is avoided as far as possible. Lt Gen KT Parnaik, who was GOC-in-C Northern Command in an interview with Nitin Gokhale had given the example of using video cameras to record all interactions, including such activities as Col Santosh Babu undertook to ensure the Chinese were sticking to their commitments of the agreement. It would be more apt for both sides to nominate joint teams that would supervise the disengagement process.

Such disengagements need also to be monitored by using UAVs and there is a case for the opposing battalions to open a joint operations room manned by the commanding officers or their second-in-commands, with communications to their forward troops, for a minute to minute control on the activity.

There are many reasons for the Chinese to activate the LAC. The reasons include an attempt at diverting global focus from the Chinese virus and its spread. China is more than miffed with India for signing a slew of logistics agreements with various countries giving it’s Navy the wherewithal for a larger role in the Indian Ocean. The gradual maturing of the Quadrilateral is a cause for concern to the Chinese. India being invited to join the G7 meeting is again a sore issue, just as its teaming up with 62 countries in a call to reform the WHO.

Add to the list Xi Jinping losing ground in China and a restive workforce that has no jobs, post-COVID. In fact, the jobless ranks could swell as countries start lowering their dependence on China as a manufacturing base. Our border infrastructure development, force modernisation, strong political leadership are a few more issues that Xi Jinping is unable to accept.

Our posture hereafter will need to be more aggressive and co-ordinated across the LAC. All our capabilities to include military, diplomatic and economic will need to be brought to bear in a synchronised fashion. With the odds stacked high, Xi Jinping could be expected to behave erratically. We will also need to deter China on our own. The response of the USA, UK, EU and Russia has been tepid so far.

For us, growth at the cost of security has been the yardstick in budgetary allocation so far. However, with the threat levels taking a steep curve north, it’s time to prioritise security over growth.