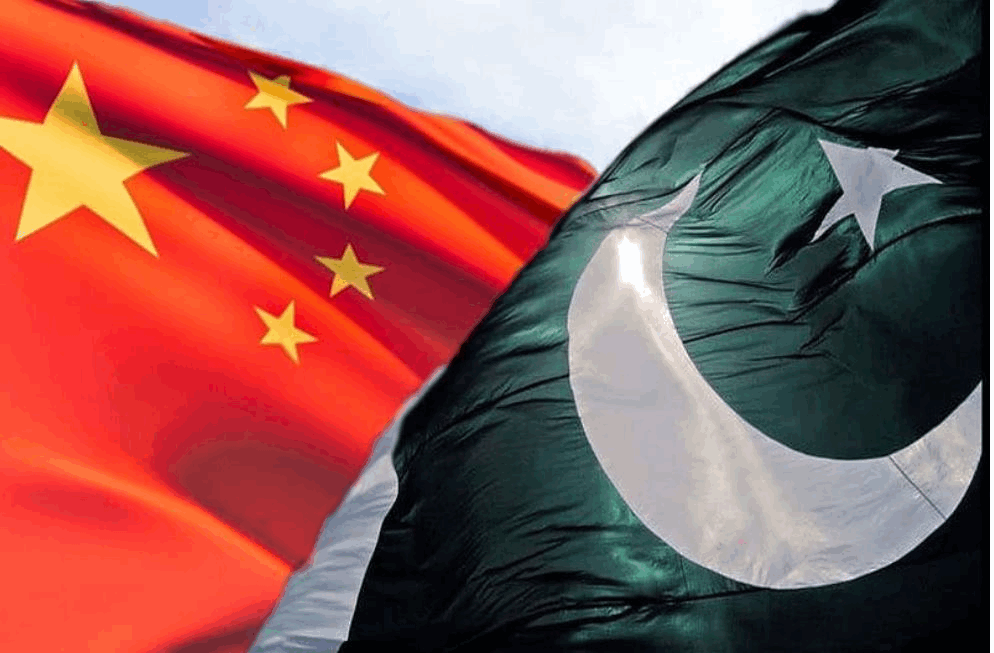 Sino-Pak Nexus: Collusivity and Beyond

Pakistan Army makes hay as long as the sun shines. Over and above its bid for a 20 per cent pay hike, it’s expanding business interests at a hitherto unforeseen scale. Now they are partners in funding the construction of DiamerBhasha Dam project in Gilgit-Baltistan along with a Chinese company. Are there any options left for Pakistan beyond the dark abyss or the unfathomable dungeon. The author gives his assessment of the future Pakistan that we have to contend with.

As India and China have locked horns there is a lot of focus on Eastern Ladakh, Rest of the LAC along the Himalayas, IOR, South China Sea and many related issues. However, we should not look away from the little rusted iron brother of China called Pakistan and their all-weather friendship. On the other hand, we need to monitor Pakistan closely since Chinese strategic experts are already looking at Pakistan to bail them out after the walloping at Galwan.  What is Pakistan up to? What kind of collusive support can it give to China? Will we get into a two-front situation? If so, what will be the contours? What after that? Let us begin by examining the Pakistani landscape.

Pandemic Situation: The pandemic situation in Pakistan is only getting worse by the day. At present 209337 people are infected and 4304people have died. In population- adjusted terms that is more than double the infections and one and a half times the deaths in India. The pandemic has been beyond Imran Khan’s Government domain. The Army started to call the shots from the start. Soon Chinese help started pouring in to include medical teams, medicines, masks, PPE and ventilators. Without these lifelines, the situation in Pakistan would have gone totally out of control. Apart from that, the Pakistan Army has been deeply involved in relief operations. However,it would be reasonable to assume that while some part of the Pakistani Army is down with COVID-19, a large part will be battleworthy.

Economy: Manufacturing and exports have collapsed. External remittances have dried up. Locusts have hit agriculture. The recent hike in petrol cost by Rs. 26 per litre indicates rampant inflation. In all this, the Army is sitting pretty. It has demanded a salary hike of 20 per cent! The Pakistani economy is now below the dumps. Their combined debt to IMF, the Gulf States and China must be beyond count. Overall the country is steeped in debt, especially to China. It has no choice but to do Chinese bidding.

Political: There are too many fault lines in the Pakistani polity now. PM Imran Khan is a lame-duck government with the Army in full control. In the meantime, Imran Khan called Osama Bin Laden a ‘Shaheed’ (martyr) and the FATF promptly extended Pakistani presence in its grey list. The Afghan situation is only worsening. There is active collusion between TTP and Afghan Taliban. FATA is in bad shape. Pakistan is busy building a fence along the Western Border. All things considered, there is chaos.

CPEC: The China-Pakistan Economic Corridor (CPEC) is almost stalled and going nowhere. However, a few issues are noteworthy. It remains in the crosshairs of Baloch insurgents as seen in the attack on the recent Karachi Stock Exchange. Rampant corruption in the CPEC has surfaced. Everyone seems to be involved – Chinese and Pakistanis of all hues and shades. That report is buried. It is now clear that GwadarPort is destined to be a base for the PLANavy to operate from. Another dimension is that Pakistan Army and a Chinese Company have entered a 30:70 funding agreement for the DiamerBhasha Dam project in Gilgit Baltistan. Interestingly, Pakistan Army is funding the project and not the Government. Gwadar port will be a juicy target for Indian Navy if Pakistan thinks of going to China’sassistance. Of course, the rest of the CPEC projects if targeted will set Pakistan back by half a century.

Assessment: Pakistan is in a bad shape. The Pakistan Army can either handle the Pandemic or go to war with India. It cannot do both. It does not seem to have the wherewithal to do so. If it does and things go wrong, it will be the end of the road for the current crop of greedy generals of Pakistan. They will lose their country and all the trappings of power they continue to enjoy even in these trying conditions.  The chances that they will risk their fortunes for China’s bidding beyond a point is doubtful. The situation and mood in Pakistan might not permit any major collusive action.

Mainstream media and thinkers in Pakistan outrightly support Chinese action in Ladakh. However, there is simply no discussion about Pakistan’s participation in any adventure with India at Chinese behest or otherwise. On the other hand, I saw this curious paragraph in Dawn newspaper- “It would be naive to think that Islamabad and Beijing are not exchanging notes on what’s unfolding in Eastern Ladakh. Yet, it would be equally simplistic to think that there is about to be a pincer movement by the two against India. China has its own reasons for doing what it has embarked upon, and that policy does not include any free lunches or simplistic scenarios”. Overall it can be assessed that while there is support it might not be as active as expected.

Collusive support between Pakistan and China will be multifaceted and multilayered. In this context it will be interesting to see how this will unfold and how we react to it.

BasicSupport: At present, the support from Pakistan is at a basic level and confined to internationally backing Chinese actions and decrying Indian ones through their media. Pakistani Information Warfare networks are busy alongside China, assisting in the implementation of its three warfare strategies, namely public opinion warfare, psychological warfare, and legal warfare. Pakistanis are also keeping the Line of Control (LoC) hot, assisting infiltration, and stirring trouble in the Kashmir Valley. It is now clear that certain actions in the Valley were part of the overall smokescreen of the Chinese when they started the incursions.

Enhanced Support: In the enhanced support stage, the transgressions on the LoC will increase and terrorist activities in the Valley will spike. The LoC will also get reinforced and some posturing could take place. Additionally, there could be an incident triggered in mainland India. Pakistan can offer logistics support to China through its airbases in Gilgit-Baltistan. It will be in addition to whatever it is doing now. It will be accompanied by a lot of Information Warfare effort to put India under pressure. We might be getting into this stage.

Collusive Attack: It has often been felt that a Chinese offensive in Eastern Ladakh can be complemented by a Pakistani thrust from the Turtuk Sector. So a pincer move along the Shyok, in theory, will cut off the Siachen Glacier and provide an alternate all-weather alignment to the CPEC which will avoid the treacherous Khunjerab Pass.

However, such action must unfold in the toughest terrain. For such an eventuality to occur, the Indian Army must be dented first at Eastern Ladakh and suffer a major reverse. At present, it will be a flight of fancy to think so far when even the first bullet has not been fired.

On the other hand, the Chinese have got a solid bloody nose at Galwan and seem to be keener to do a face-saving exit. Their posture is more demonstrative and intimidatory rather than enthusiasm for a conflict. One must also remember that all this is happening in terrain where the advantage is to the defender. In a purely defensive mode, the Indian Army is more than capable of warding off both Pakistan and China.

In the remote eventuality of such a possibility, the nuclear card is also likely to come out and war avoidance will commence.

Assessment: Collusive support between China and Pakistan will continue against India. However, in the present conditions, the chances of escalation beyond the enhanced stage is low. There is another major aspect to consider. In the past few years, the Pakistani Army has built a vast business empire and is enjoying the trappings and privileges that go with it. Why will they risk losing it in a gamble whose outcomes are very uncertain?

In any case, even if they are successful, Pakistan gains nothing tangible. On the other hand, it will be even more impoverished than before and completely at China’s mercy.

The Sino-Indo crisis will blow over sooner or later. What will then happen to a Pakistan immersed in debt? Given the state of Pakistani society and its polity it can never repay its dues off nor does it intend to. To that extent, Pakistani sovereignty is compromised permanently. While there may be a debt write off from elsewhere, China, the modern-day Shylock will not let go. It will extract its pound of flesh and blood.

There are two options for going ahead. Firstly, Pakistan becomes a vassal state of China with large pockets owned by the latter. Secondly, Pakistan becomes a province of China. The idea of usurping Pakistan completely by China gives it the advantage of a two-ocean reach, which is essential to become a superpower. However, it is one thing to have Pakistan as an ally and another thing to own it. China must take on a nonperforming radicalized society of 212 million with all its issues. It will drain Chinese resources rather than add to it.

On balance, Pakistan will increasingly become a vassal state of China. It is already so in some manner. That arrangement gives China the best of both worlds. An impoverished Pakistan dancing to Chinese tunes without any responsibility but eternally indebted to Chinese trickledown largesse. As Pakistan becomes more entwined with China and is guided by it, a new form of ‘collusivity’ will emerge which will be more virulent than the present one.

Pakistan’s evolution is likely to be distinctly two faceted. The first facet is the rich one. It is the supra national Army cabal, conducting international and security affairs in connivance with China. The DiamerBhashadeal between the Army and China and the plan to convert Gwadar port into a Chinese Naval Base portend this new trend. This facet will ensure the corrupt elite of Pakistan stay rich and powerful, without any responsibility.

The second facet will be a façade of a nation-state. It will consist of an underdeveloped nation with impoverished masses, left to fend themselves and governed by bumbling political stooges. India must prepare to deal with two Pakistan simultaneously. There are humongous challenges ahead as also opportunities. We need to reflect and act suitably on these.