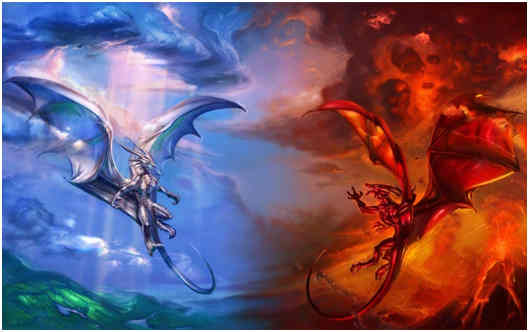 Drųk in the Shadow of The Lóng

The Kingdom of Bhutan has many enviable epithets, namely ‘Happiest nation in the world’, ‘Only country in South Asia never to have been colonised’ and ‘First in economic freedom, ease of doing business and least corrupt in South Asia’.  The citizens of Bhutan, proudly represented by the Drųk (འབྲུག་,Thunder Dragon in their official language Dzongka), are now facing an aggressive Lóng(龍, Dragon in Chinese), which is threatening to snatch away their hard-earned epithets in one fell swoop.

The Chinese Communist Party’s (CCP’s)antagonistic attitude towards Bhutan dates back to the early 1900s when Mao Zedong famously declared that Bhutan was part of the Chinese realm. The ‘Five Fingers of Tibet’ policy of the CCP considered Tibet to be the right-hand palm with Nepal, Sikkim, Bhutan, Ladakh and Arunachal Pradesh as the five fingers.  This policy was announced by Mao in the 1940s in keeping with the adage ‘what is mine is mine and what is yours is also mine’. Recent thrusts by the CCP into each of these five fingers confirm that this is the end-state desired by the CCP.

The CCP has always harboured a grudge against the Kingdom of Bhutan for its stubborn refusal to upgrade diplomatic ties with Beijing. Bhutan has always had a close cultural connect with India and Tibet from ancient times, and views CCPs overtures with utmost trepidation due to their border issues. CCP’s China shares a 470km long border with Bhutan – this border was undefined till the CCP invaded and illegally occupied Tibet in the 1950s.

In July 1959, the CCP Army occupied several Bhutanese enclaves in Western Tibet which had been historically governed by the King of Bhutan.  Perhaps to placate the CCP, Bhutan still acknowledged the ‘One China Policy’ and voted for the CCP to replace Taiwan on the UN Security Council.  In 1998 Bhutan and CCP signed a bilateral agreement for maintaining peace on the border based on Five Principles of Peaceful Coexistence.  Bhutan today officially acknowledges four disputed areas with CCP’s China (see map below), of which Doklam achieved notoriety in 2017.

The tri-junction of India, Nepal and Bhutan at Doklamshot into the international limelight when on 29 June 2017, CCP’s expansionist Army, the PLA started constructing a road on Bhutanese territory.  TheCCP Army was halted by alert Indian troops after the Bhutanese government protested against the CCP’s intended territorial ingress. This stand-off lasted nearly three months and tested the trilateral relationship of the three neighbours.  With its hegemonic agenda revealed to the world due to the Indian Army’s unwavering stand, the CCP Army was stopped in its tracks and status quo subsequently restored.

At the height of the Chinese virus pandemic, the CCP recently extrapolated their irredentism (redemption of irrational geographical territory)to a new level by claiming that Bhutan’s Sakteng Wildlife Sanctuary was a disputed area. This declaration was equally astounding as it is farcical since Sakteng sanctuary is separated from occupied Tibet by nearly 35km of Indian territory in Arunachal Pradesh. Since there are no contiguous land-features between occupied Tibet and the Sakteng sanctuary, this challenge by the CCP is not only directed at Bhutan, but is also an oblique threat against the Indian state of Arunachal Pradesh.  Perhaps the CCP’s sudden interest in the Sakteng sanctuary is to locate the mythical Migoi, (Yeti or Abominable Snowman) which is rumoured to inhabit this sanctuary! 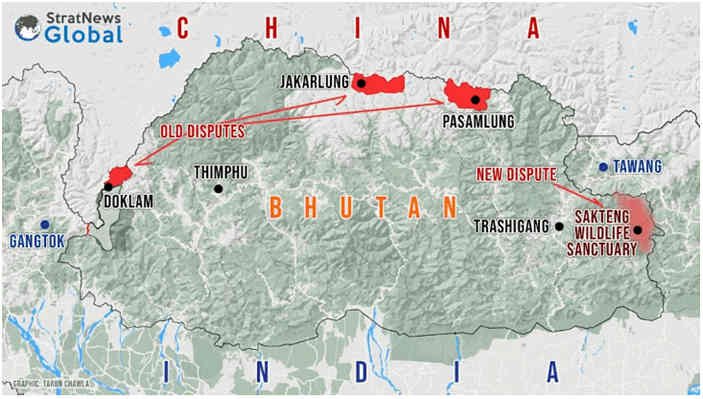 The CCP’s malfeasance in the case of the Sakteng sanctuary is borne out by the fact that this issue did not come up even once during 24 rounds of border talks held between CCP and Bhutan since 1984.  By introducing a claim over this sanctuary, CCP has effectively created a new dispute over the entire Eastern part of Bhutan and Arunachal Pradesh.

The CCP has continuously threatened its 14 land neighbours along its 22,000 km long international land boundary. The Government of Bhutan should shift its gaze westwards towards Nepal to witness theill-effects of CCP on a smaller country. A malicious CCP recently took advantage of a pliant Nepalese Prime MinisterKP Oli and laid claim to Mt Everest (MtQomolangma in Chinese), even installing a Chinese survey marker at the summit of Mt Everest.

Having a neighbour who has perfected the art of Oropolitics (politicisation of mountaineering), Bhutan should keep a careful watch onthe world’s highest unscaled mountain MtGangkharPuensum(7,570 metres), whose peak lies within Bhutan, but whose massif lies partly in occupied Tibet.

On July 9, CCP’s Foreign Minister Wang Yi made a brazen statement that ‘aggression and expansion’ is not in the genes of the Chinese nation throughout its 5000-year-old history. While historians and scholars will pass judgement on the history of ancient China, the CCP’s history of the past 70 years clearly belies such an utterance. Bhutan, the land of the Drųk now faces a severe test – to stand up against the CCP’s Lóng in the coming years. Hopefully, the countries of the free world will stand by this tiny and great nation to stall the scheming CCP in its tracks!