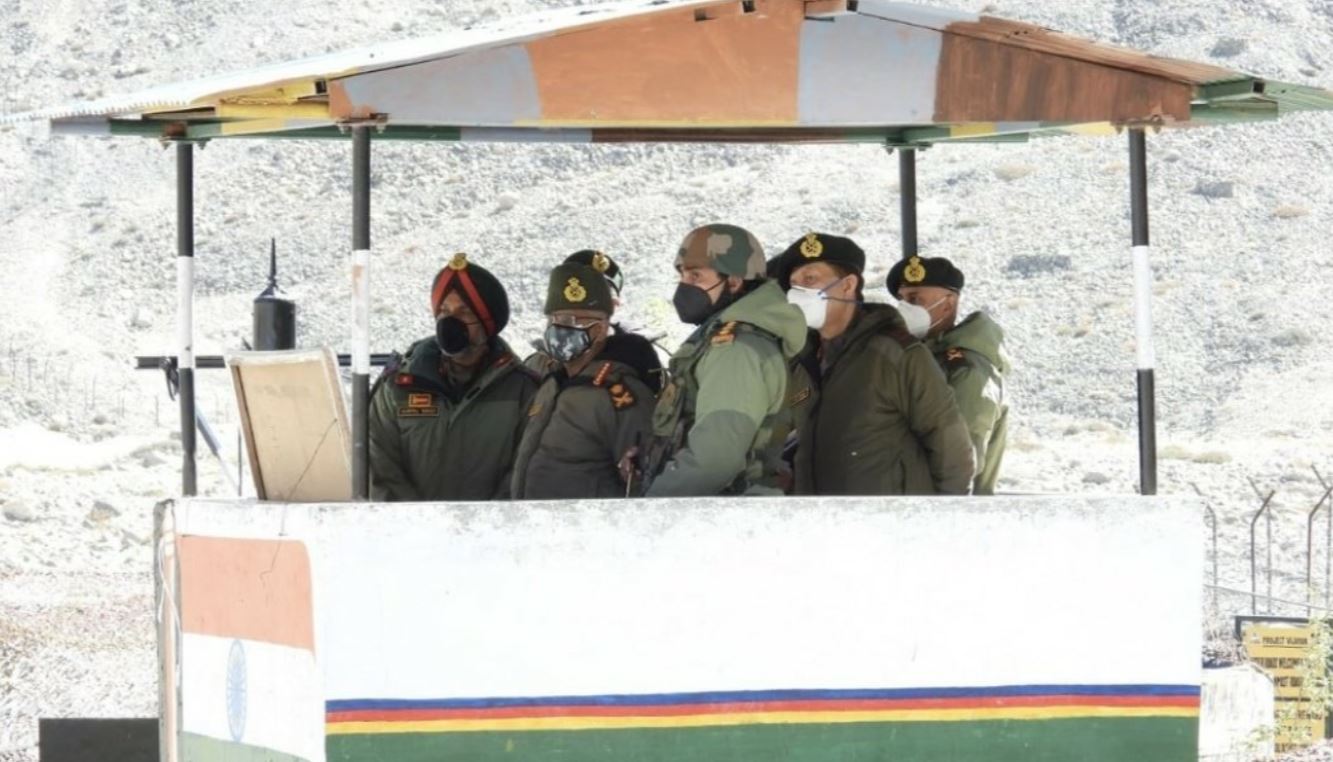 Indian military and intelligence sources have revealed, that the Chinese People’s Liberation Army (PLA) has rotated two large field formations it had deployed along the Line of Actual Control (LAC) in Ladakh in 2020-21 by inducting two fresh divisions earlier this month. In 2020, China’s move towards the LAC with India after finishing the annual spring exercise in Aksai Chin was led by the 4th and the 6th Divisions. They have now been replaced by the 8th and the 11th Divisions, the latest assessments show.

Troops of the 4th and 6th Division, which had spent almost 10 months in the high altitude area and were involved in the tense standoff with Indian soldiers from May 2020 to February 2021 before disengaging in the first phase from the north and south bank of Pangong Tso, were stationed in the Chinese bases, 60-70 km from the LAC until they started going back to their permanent bases in Xinjiang for rest and recuperation over the past three weeks, sources added. This swap keeps intact the number of Chinese troops meant for deployment along the LAC at par with what it has been since last year.

Both these formations are part of the Xinjiang Military Division and are officially known as Highland Mechanised Infantry Divisions. Their replacements have also come from the same military division and more or less have the same composition of troops and equipment. The 8th and the 11th Motorised Infantry Divisions both reportedly have two motorised infantry regiments, one armoured regiment, one artillery regiment and one anti-aircraft regiment.

Indian military planners have deduced two main points from this Chinese move: One, the Chinese PLA troops also need—like Indian soldiers–frequent rotation because of the difficulties of prolonged deployment in super high-altitude areas and two, the Chinese have no intention as yet of de-inducting from the Aksai Chin area which means more discussions and negotiations are in store between Corps Commanders in the coming months.

Two rounds of Corps Commander level talks after the first phase of disengagement in February have already taken place to finalise the resolution of the standoff at Depsang, Gogra and Hot Spring areas. Very little headway has been made in the last two rounds, although both sides have officially maintained that they will remain engaged.

Indian satellites and intelligence operatives have picked up the movement of other formations from Tibet and Xinjiang to their annual exercise areas north and east of the Tibet Highway (G-219)—much farther from the LAC—in areas such as Xiadulla, Tianshuii Hui, Kanxiwar etc. Those movements are under constant watch and there is no reason to be alarmed at the moment, military decision-makers say. However, given last years’ experience, the guard is up and adequate forces have been kept in-depth on the Indian side. Many of the troops are freshly inducted in the past couple of months and have undergone extensive acclimatisation, sources say.

Like the Chinese, India has also reorganised and rotated its formations in Ladakh to ensure adequate rest to those who were deployed eyeball to eyeball last year. The 39 Division, rushed into Ladakh in May-June 2020, is gradually going back to its peacetime location in Himachal Pradesh and will continue to be the Northern Command reserve. It has been replaced by freshly arrived troops from Jammu and Kashmir. India has now inducted a Rashtriya Rifles Force (equivalent to a Division) in Eastern Ladakh. This force will be responsible for securing areas south of the Pangong Tso. The 3 Infantry Division, for long the only Division-level force under 14 Corps, has been entrusted with the security of areas north of the Pangong Tso. Additional brigades drawn from other formations are also available to 14 Corps for any contingency in Ladakh. Elsewhere too, India is beefing up its resources all along the northern borders as detailed in this piece in January (https://bharatshakti.in/india-to-allocate-three-more-divisions-to-china-border/)

The spring-summer months this year is likely to witness further fine-tuning of the plan to rebalance Indian military forces (both the Army and the Air Force) to the northern borders even as the western front against Pakistan remains a perpetual area to be watched. The reorientation of the Indian military in treating the northern front as the primary challenge—which began slowly almost 15 plus years back—has now well and truly gathered speed. In the long run, the Chinese would perhaps wonder if they were instrumental in quickening the pace of change in India’s ORBAT (Order of Battle), thanks to their provocations in Doklam and Eastern Ladakh.