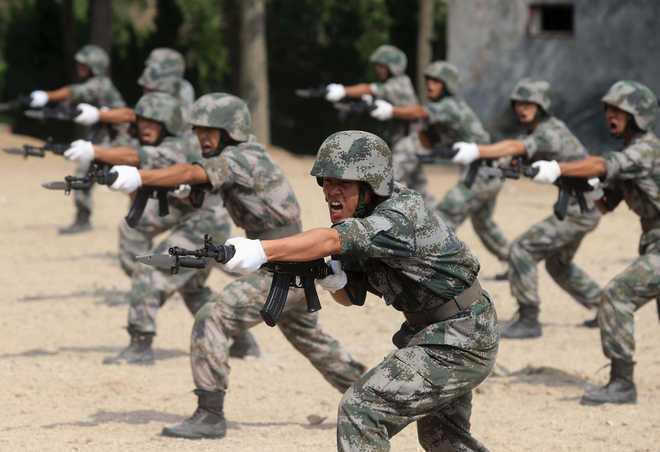 The next round of Corps Commander-level talks between India and China on resolving remaining friction points in Eastern Ladakh is likely to take place on Friday, informed sources say even as Chinese PLA ground forces are once again seen to be preparing to move into the plains of Aksai Chin for what currently appears to be part of their annual summer exercises, Indian intelligence sources have reported.
So far, the formations based in Tibet have not moved to the exercise area except for some advanced reconnaissance troops in preparation for the spring exercise that the PLA carries out every year. However, after last summer’s experience, when Chinese troops, carrying out their routine annual exercise in the Aksai Chin area, swiftly moved towards the Line of Actual Control (LAC) with India, leading to a nine-month long standoff with Indian troops in Eastern Ladakh, the Indian security establishment is taking no chances, maintaining highest vigil on the Chinese troop movement. 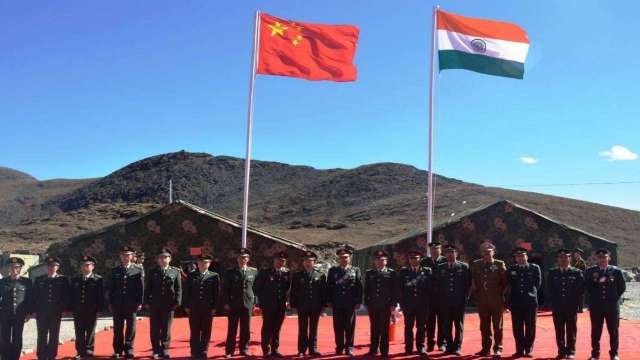 A comprehensive Intelligence, surveillance and reconnaissance (ISR) mechanism is in place now in Eastern Ladakh to keep a 24×7 eye on any threatening move by Chinese troops; satellite imagery, round-the-clock coverage by large and smaller UAVs and RPAs, ELINT and HUMINT, all form part of the network that feeds real-time information to different consumers in the government. Indian authorities are keeping a close watch on how many fresh Chinese troops arrive in Aksai Chin in the coming weeks. Majority of forces that moved back about 100-150 km from the LAC after the first phase of disengagement continue to remain in bases around the G-219 highway that cuts through Aksai Chin.
The bulk of the additional Indian troops that had moved into the Ladakh theatre after May 2020, also remain deployed in rear areas of Ladakh on the Indian side of the LAC as a matter of abundant precaution although plans for a fresh ORBAT (Order of Battle) are now being finalised for a permanent deployment of additional Indian Army formations in Ladakh. The Indian Air Force (IAF) too has not scaled down its presence in Ladakh and close by areas yet since the Chinese air force continues to be forward-deployed in Tibet.
Friday’s talks will focus on further negotiations for disengagement at the remaining friction points such as Gogra, Hot Springs, Depsang and Demchock. After the first stage of disengagement from the north and south banks of Pangong Tso in mid-February, both sides had decided to hold these talks. One round of Corps Commander level talks on these specific points have already taken place on 20 February followed by the meeting of the Working Mechanism on Consultation and Coordination on India-China border affairs on 12 March. Both these meetings decided that the agreement reached between the two Foreign Ministers in Moscow in September last year as also their recent phone conversation last month, should continue to guide the work of the two sides.
“To reach a mutually acceptable solution for complete disengagement from all friction points at the earliest, India and China have agreed to continue their dialogue. This would enable two sides to look at broader de-escalation of troops in the area and work towards the restoration of peace and tranquillity in the border areas. They also agreed that in the interim two sides should continue to maintain stability at ground level and prevent any untoward incident,” the MEA had said after the WMCC meeting.
Informed sources point out that it took nine rounds of negotiations to step back from the eyeball-to-eyeball deployment on both banks of Pangong Tso. Similarly, the remaining friction points might take more than two rounds of talks to arrive at a mutually acceptable formula since both sides are well-entrenched at these locations. While the solution to the faceoff at Gogra and Hotsprings frictions points is seen as a ‘low hanging fruit, Depsang may prove to be a harder nut to crack.
At Depsang troops from both sides have prevented rival patrolling parties from accessing their traditional patrolling points. So, while Indian troops are stopped at the so-called ‘Y’ junction by the Chinese troops, denying India access to Patrolling Points 10, 11 and 12, Indian troops disallow Chinese patrols from coming up to Burtse – their traditional claim line – resulting in the current stalemate in the Depsang plains. At Gogra and Hotspring, on the other hand, about 50 to 60 troops from either side are stationed about a kilometre or two apart. Friday’s talks may focus on arriving at a timeframe to further disengage at Gogra and Hot Springs, keeping the discussion about Depsang and Demchock (a much older dispute) to a later round.
By Nitin A. Gokhale