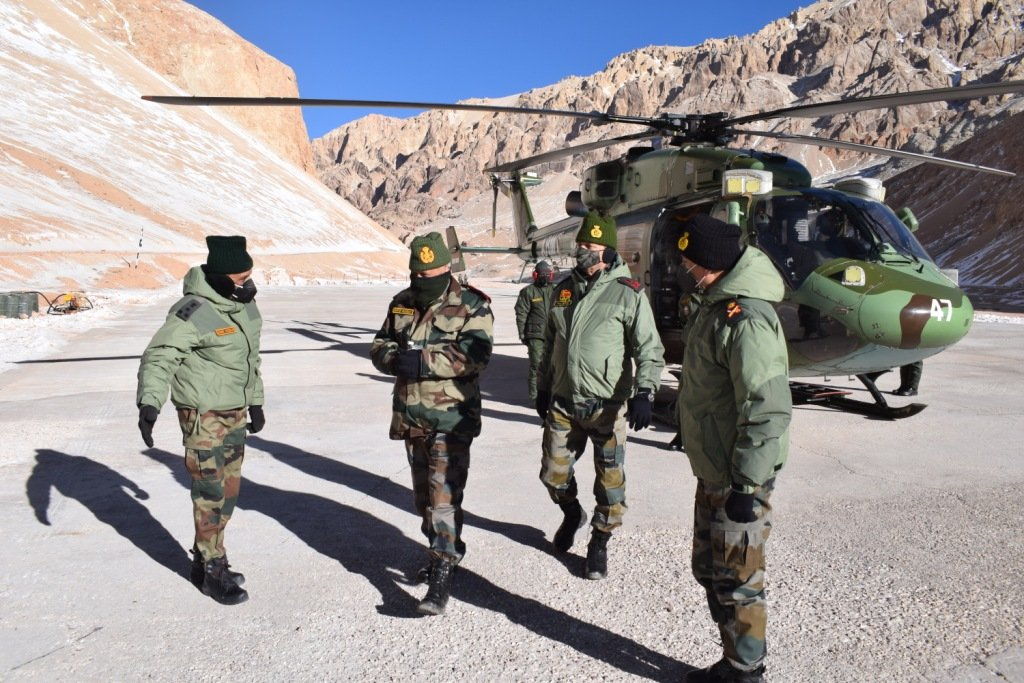 Irrespective of how the current standoff in eastern Ladakh is resolved, the Indian Army is in the process of reorganising its deployment along the Himalayan frontier to be better prepared to take on an aggressive China. In the bargain, three additional divisions will be deployed along the northern borders. As a result, a Corps designated for the Pakistan border will now be oriented towards the northern border. Similarly, the lightly held Central or Middle Sector of the boundary with China will now witness additional deployment to plug the gaps that existed so far.

Indian Army Order Of Battle: Time For A Rethink

The Mathura-based 1 Corps, one of the three strike Corps meant for Pakistan border, will now re-orient itself to be an offensive formation for eastern Ladakh. This will be in addition to the existing Leh-based 14 Corps that currently looks after security of eastern Ladakh. The Allahabad-based 4 Division and the Bareilly-headquartered 6 Mountain Division will form the core of 1 Corps meant as a strike formation for eastern Ladakh. In effect, the Udhampur-based Northern Command will now have one more Corps for utilisation in Ladakh.

Incidentally, The 33 Armoured Division based in Hisar—one of the three Armoured Divisions in the Indian Army—is likely to be kept as an Army Headquarter reserve meant for deployment according to the evolving situation. However, the Palampur-based 39 Division, currently stationed in eastern Ladakh (rushed in after the Chinese belligerence last summer), will eventually go back to its peacetime location and will continue to remain as the Northern Command reserve force to be deployed wherever required.

As for the Central Sector, the 14 Division, currently based in Dehradun and so far envisaged to be deployed as a Reorganised Army Plains Infantry Division (RAPID) against Pakistan, is already converting into a Mountain Division for deployment along the Chinese border in Uttarakhand. In addition to the 14 Division, two brigades currently based under the Sugar Sector that straddles the Himachal Pradesh-Ladakh border, will now directly be commanded by the Lucknow-based Central Command. This in effect will fill the gap that existed in the central sector which had minimal deployment of forces.

As for the Eastern Command, the Panagarh-based 17 Mountain Strike Corps is now officially being designated as the strike formation for the Chinese border in Sikkim and the North-east and not for the entire northern border as earlier visualised. The Kolkata-headquartered Eastern Command already has three Corps—4, 3 and 33—based at Tezpur, Dimapur and Siliguri, respectively, under its jurisdiction. While the 4 Corps is in-charge of the Kameng Sector in Western Arunachal Pradesh, the 3 Corps looks after the rest of Arunachal Pradesh and the 33 Corps is meant for the Sikkim border with China.

In short, after years of deploying and equipping three strike corps—1, 2 and 21–against Pakistan, the Army Headquarter has ordered rebalancing of its forces to reflect the new reality along India’s long land border. China is clearly the bigger threat and a more unpredictable adversary than Pakistan. The rejig of forces also takes into account the possibility of a two-front aggression by China and Pakistan together.

The Jaipur-based South-Western Command—the youngest Command of the Indian Army, having been raised post-Kargil in the new millennium—will now be left with only the Bathinda-headquartered 10 Corps under its command but such is the requirement now that the Army leadership had no choice but to reshuffle the formations, thanks to the blatant aggression by China in eastern Ladakh which shows no signs of receding after nine months of eyeball-to-eyeball standoff.