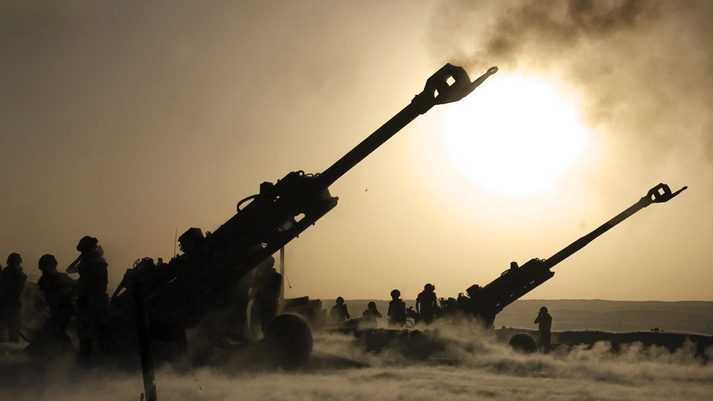 Employment of Ultra Light Howitzers in the Indian Environment

The Indian Army has got its first imported gun after the Bofors scandal three decades back. India has contracted for 145 of 155mm M777 Ultra Light Howitzers manufactured by BAE Systems. The contract caters for transfer of technology and provides an opportunity to build upon the infrastructure that Mahindras, the Indian partner, would invest on and export these guns to other countries.

In an Artillery seminar held in 2010, speakers stated that it is likely that the next war to be fought by India would be in the mountains. With limited space for manoeuvre, firepower would play a decisive role. Artillery is the predominant instrument for firepower in the mountains. Currently, the field and medium Artillery held in the mountains is incapable of being heli-lifted and mobility is purely confined to movement by road. The 155mm ULH can be lifted by the proposed CH 47 Chinook helicopters to be acquired by the Indian Air Force, and provide the much needed greater mobility in the mountains.

The 155 mm Ultra Light Howitzer is an operationally tested medium gun and has been used in operations in various war zones to include Afghanistan, Iraq, Syria and Yemen. 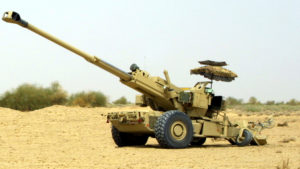 The ULH succeeded the M198 Howitzer in the US Marine Corps and the US Army in 2005. It is also used by the land forces of Australia, Saudi Arabia and Canada. The ULH is manufactured by BAE Systems. The weapon is partly manufactured in the United Kingdom and its integration and testing is undertaken at Hattiesburg, US. Initially, the ULH was developed by Vickers Shipbuilding and Engineering armaments division in Barrow in Furness, UK. The company was purchased by BAE Systems. The Howitzer is 41 per cent lighter than the US medium gun M 198 Howitzer. It weighs 4200 Kg or 9300 lb. This is facilitated by extensive use of Titanium.

The ULH has the capability of firing the M 982 Excalibur GPS guided ammunition. In June 2012, ULHs were used to fire on insurgents in Afghanistan in the Helmand province at a range of 36 km.  The rounds landed within a Circular Error of Probability of 5 metres. The ULH is capable of firing all 155 mm ammunition manufactured in India.

The ULH is extremely versatile and can be transported underslung by helicopter as also by transport aircraft like the C 130 and IL 76. It can be towed easily by a common gun tower of the Artillery. The ULH has been trial evaluated by the Indian Army both in the plains and high altitude areas enabling understanding of its systems and maintenance. 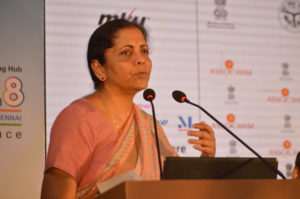 The Indian Government gave the final nod in October 2016 and the contract for nearly Rs 5000 crores for 145 ULH was signed on 30 November 2016. This was a historic moment as it opened the doors to procurement of modern artillery systems. In order to generate Range Tables two ULH were handed over to the Indian Army on 18 May 2017. It is reported that 25 ULH will come to India in fly operational condition while the rest will be manufactured in India by BAE Systems in partnership with Mahindra Defence. This would enable the weapons to be Made in India. It is reported that even the barrel would be eventually manufactured in India. The US $ 737 million contract has an offset clause of around $ 200 million which would be executed separately.

The firing for the Range Tables with 155 mm Indian ammunition began in right earnest at the Pokhran. On 2 September, 2017 there was a barrel burst which has been investigated by a joint team. The Range table’s compilation is continuing smoothly and the howitzers will be inducted on schedule.

Napoleon stated that “God fights on the side with the best Artillery.” The Indian Artillery needs to be modernised as soon as possible. Artillery plays a pivotal role in the mountains. This was demonstrated clearly during the Kargil conflict in 1999.

The current deployment of the Indian Artillery in mountains is based on priorities for fighting a successful defensive battle. Future operations in mountains and High Altitude would be short, swift and entail offensive action. These would be undertaken by reserve formations as also the mountain strike Corps. For such operations to be successful sidestepping and shifting of Artillery resources would be necessary. This entails movement by roads with steep gradients which are time consuming. 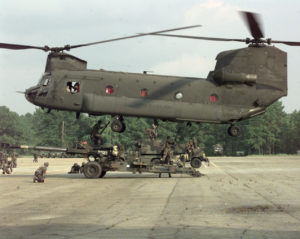 Further, heliborne and airborne operations are also being visualised. In such scenarios the 155 mm ULH, which is capable of being heli-lifted and air transported, could be smoothly used to deploy, fire and move. Howitzers could be moved from one sector be it in the North or East as per the assessed situation. Offensive action could be easily undertaken with the firepower of the ULH.

It is important to note that due to lack of roads there are areas where Artillery firepower cannot be provided. In such areas, guns can be heli-lifted and positioned. This would further enhance our defensive layout.

Of late our Northern adversary has started transgressions in Depsang, Chumar, Doklam and Barahoti. The 73 days standoff at Doklam took a serious turn and resulted in both sides preparing for an outbreak of hostilities. The 155 mm ULH would be in position in real time with reasonable amount of heli-lifted ammunition to be prepared to counter hostile action. There would be no special effort to build roads and tracks for Howitzers to get deployed. Of course, we would need a sizeable quantity of helicopters for undertaking this task. Artillery’s Motto is Sarvatra, which means everywhere and this would be achieved by the ULH.

Usage in Plains and Out of Area Contingencies

The flexibility of the ULH would make it a force multiplier in the plains as well as in tasks in the category of Out Of Area Contingencies. In the plains where speed of operations is very high these ULH could be moved to critical areas to provide firepower to heliborne Forces as also formations undertaking breakout operations across a minefield or an obstacle. The process of redeployment and provision of continuous Firepower would be a reality with the use of ULH. In a similar manner, the ULH could be used for Out of Area Contingencies with our Airborne and Amphibious Forces. The US Marine Corps has rightly selected this Gun and are exploiting this aspect fully.

The current acquisition entails a total of 145 ULH out of which 120 are proposed to be assembled in India by Mahindra Defence and BAE Systems. The howitzers, due to their versatility would be needed in greater quantities. It would not be out of place for a repeat order being placed considering the need for filling voids of medium guns urgently in the mountainous regions of our country. Further, BAE System is likely to get an order from United Arab Emirates which could be made in India.

The ULH is an attractive proposition for many countries particularly in Asia and Africa and this would enable a Made in India gun to be exported to other countries. All this is possible with integration between the Indian Army, Government and Mahindra Defence in conjunction with BAE Systems. It is pertinent to note that being a Foreign Military Sales (FMS) project the permission of the US Government would be necessary.

The Excalibur round that was fired by the 155 mm ULH in Afghanistan in 2012 achieved an accuracy within the limits of 5 metres circular error of probability. In fact the troops called the ULH a pistol Gun. The Excalibur is a complete 155 mm Artillery shell with GPS guidance and pop out fins. It is reported that Raytheon is prepared to co-develop the round with DRDO, for India. This would be a major development as such rounds could be used for surgical strikes against militant hideouts in low intensity conflicts.

The US Army has decided that 50 percent of its ammunition would be PGMs. It would be prudent for the Indian Army to have at least 10 per cent of its ammunition as PGMs. The DRDO, to economise, could also develop the screw in Precision Guided Kit (PGK) which is fitted on the nose of the shell. This carries a GPS and has canard guidance which enables an accuracy of 30 metres. There are numerous combinations available and the Design Bureau must chalk out a plan. Addition of PGMs is a must for making the ULH a potent weapon system.

To summarise it may be emphasised that the ULH is an excellent weapon system and its current acquisition would be a game changer in the mountains. To optimise the system, PGMs are necessary which could be co-developed by DRDO with a foreign partner.

The ULH once manufactured in India could be exported to sustain the private manufacturer. The current acquisition of 145 ULH would be inadequate and there would possibly be a need for repeat orders. The ULH would add a new dimension to firepower and manoeuvre in the Indian context.