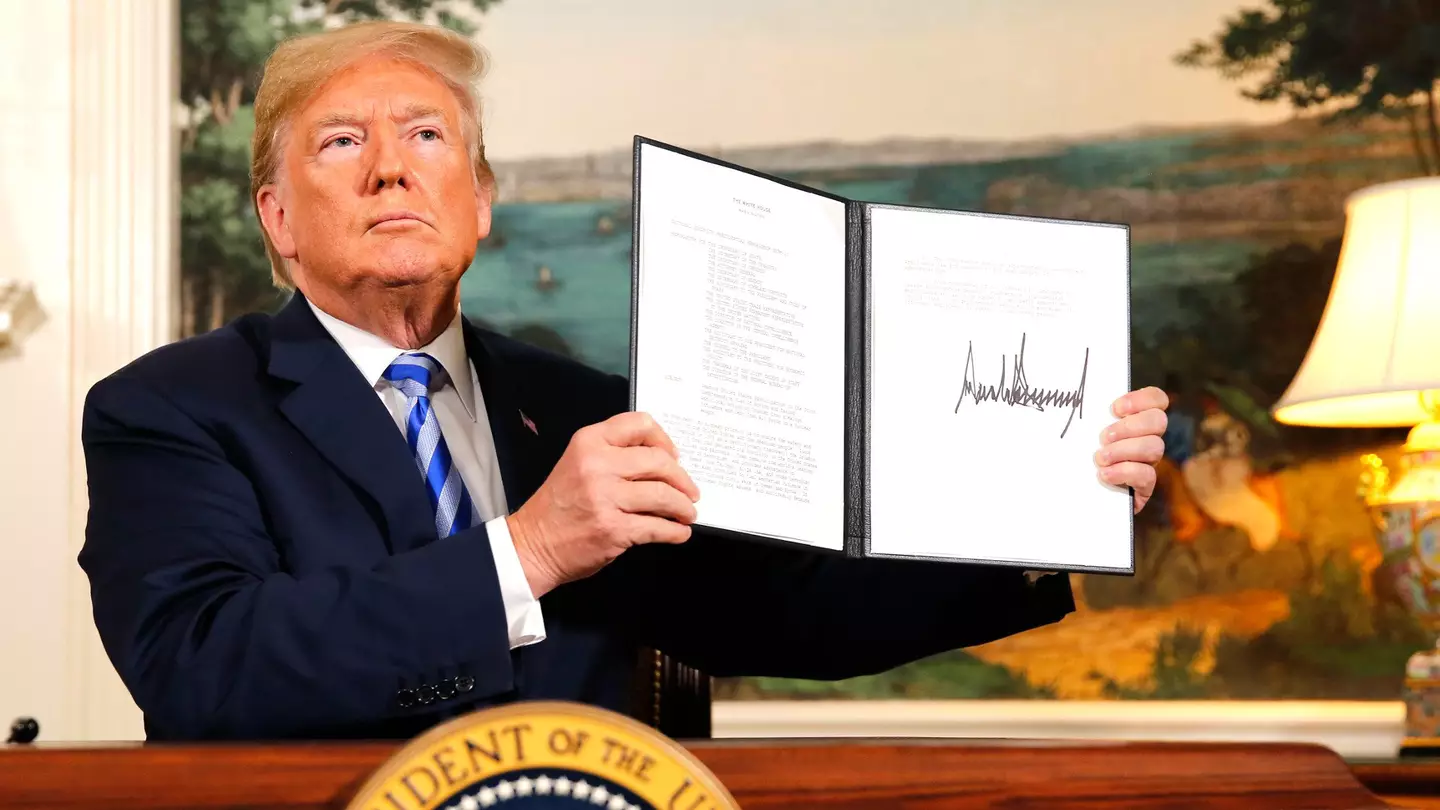 If the fortunes of any country has taken a turn after Trump’s winning the American Presidency, perhaps Iran could be foremost on the list. Trump’s trashing of the JCPOA and resorting to sanctions once again, has initiated another slide of the Iranian economy. However, Trump’s move hasn’t found favour, globally. Of course, the Saudis are happy and so is Israel and Turkey, but most countries and especially the European capitals have reposed their faith in JCPOA. They are not in sync with US moves. Where could it all lead to is an issue that the author grapples with in his article.

Since the advent of the Trump Administration 18 months ago, a hard line on Iran has been its consistent theme. The main bone of contention is disagreements on the UN sponsored Joint Comprehensive Plan of Action (JCPOA) in which USA, Russia, China, England, Germany, France, European Union and Iran are signatories. The current regime in the US terms it as a ‘sell out’ of American interests.

The JCPOA aimed to curtail Iran’s nuclear development program and limit it to peaceful purposes only by eliminating its medium enriched Uranium stockpile, limiting its quantity of low enriched Uranium, closing some enrichment plants and opening up its nuclear installations for periodic inspections, amongst many other strict provisions. Since the July 2015 implementation of JCPOA, Iran has adhered to the JCPOA and the IAEA inspections have verified this. In return, most of the sanctions against Iran were removed and Iranian trade with the world increased, as did foreign investments in Iran.

US Warning to Nations trading with Iran 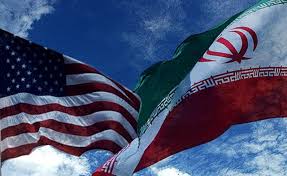 In May this year, USA walked out of JCPOA stating it as worthless, despite fervent appeals from all its main European allies. Since then, US has imposed crippling sanctions on Iran and has stated that all countries must stop oil imports from Iran by 4 November 2018 and stop doing any other form of business or else these countries will invite secondary sanctions. First set of sanctions came in force on 6 August 2018. As the sanctions on Iran and the accompanied threat to its trade partners is wholly US and not UN imposed, most countries feel it as an infringement on their sovereignty. But considering  that all countries seek US markets for their products, that  most of the large  financial institutions are American and that US dollar remains the only tradable/universal currency, most of Iran’s trading partners will be now wary of dealing with it.

But whether or not the sanctions will achieve the final US aim of a regime change and a change in the foreign policy of Iran, remains the moot question? It may be recalled that 10 years of UN sanctions on Iraq was a catastrophic toll on its civil population and military preparedness but didn’t result in a regime change. The regime was overthrown only by waging a war.

The sanctions on Iraq had affected the nation’s economy by about 33 to 35 per cent as per a report. Iran has been under sanctions since 1979 when Ayatollah Khomeini overthrew the Shah.  Thereafter, they have suffered eight years of a crippling war with Iraq. Iranians are used to the hardships of economic sanctions. Severity of sanctions was increased when it was discovered that Iran had undertaken the development of nuclear weapons. US intensified the sanctions in 2012 to coerce Iran to sign JCPOA. The Regime, however, survived. The current round of sanctions too are likely to fail. Will it be war again, thereafter?

State of Iranian Defence Forces. Since 1979 Revolution and the resultant sanctions, Iran has tried to indigenously arm its armed forces. It has produced its own tanks, armoured personnel carriers, missiles, submarines, radar systems, aircrafts and unmanned aerial vehicles. In Middle East, it is the only nation possessing a diverse arsenal of ballistic missiles of which, Fajr-3 with an undisclosed range is the most advanced. But most of the arsenal is antiquated back to the days of revolution. Iran’s tanks are of 1970s as is its air defense. Its Air Force’s mainstay are vintage US built F-4 Phantoms, F-14 Tomcats and Chinese MiG-21s; a total of 505 aircrafts compared to 13400 of US. Its Navy consist of 398 naval vessels, out of which 33 submarines and 230 Fast Patrol Boats are its mainstay. 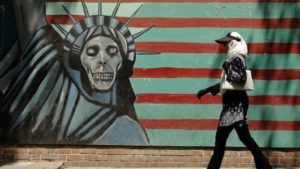 US likely Pattern of Operations.  US will unleash a high intensity air campaign, along with its allies. It will target strategic Iranian assets. Electronic Warfare unleashed will paralyse the Iranian Command and Control structure at all levels.  However, a ground campaign is unlikely.

Iran’s Response.  Iran will blockade Strait of Homruz, through which two third of oil exports of the Middle East transit. US Fifth Fleet based at Bahrain has its Carrier Based Task Force 50 responsible to keep Straits of Homruz open and it is a far superior force. Iran can also orchestrate isolated attacks by its commandos and ballistic missiles, on assets of US its allies, in Middle East.

European Allies. In this War the European Nations, who are signatories to JCPOA and are still abiding by it, will not support the US. They may be coerced to join, only if US threatens to pull out of NATO alliance.

Israel.   For Israel, a weak Iran will negate the Hezbollah threat, weaken Hamas in Gaza and free Syria from Iranian presence. It will give Israel a full control over Middle East and its assets.

Saudi Arabia.  Fall of Iran’s Regime will cut off arms supplies to the Houthi rebels in Yemen and also make it the undisputed leader of Arab world.

Russia.  Russia has re-emerged as a major force in the Middle East, since 2015. It has not only saved the Assad regime but also cornered the Islamic Republic of Iraq and ISIS / ISIL in Syria.

At the Helsinki Summit on 16 July 2018, USA requested Russia to influence Iran to withdraw forces from Golan Heights border between Israel and Syria. It had raised Israeli fears of Hezbollah opening a second front against it. To the behest of Russians, Iran, withdrew 85 km away from Golan Heights.  Israel had also demanded that Iranian forces should leave Syria, to which Russia refused, thereby safeguarding Iranian interests in Syria and acknowledging that Iran’s presence in Syria was ‘legal’, unlike the foreign funded terrorist militias which destabilised Syria.

A resurgent Russia will not want a war in proximity to its southern borders or incursion of ISIS in Iran from Afghanistan. Russia has repeatedly advised USA to hold talks with Iran. 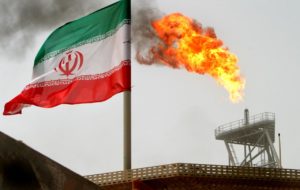 China.  China is the largest importer of crude oil from Iran. US has imposed trade tariffs on China and in retaliation, China is likely to discontinue its import of crude oil from US. This may lead to an increase in quantity of crude imported from Iran and thereby bring China on a collision course with USA.

India. India is the second largest importer of Iranian crude. It is also developing two terminals of Chabahar port in Iran, worth $ 85 million, to use it on a ten year lease. It will also build a $ 1.6 billion  railway line from Chabahar to Iranian town of Zahedan, near South West border of Afghanistan. This will enable India to circumvent the land route to Afghanistan via Pakistan. It will also give it access to Central Asian Markets and through Central Asia to Europe, thereby negating transit through Suez Canal. Chabahar is an important transit point in the Russia-Iran-India North South Transport Corridor agreement of 2000. It is a counter to China’s Belt and Road Initiative.

India also cannot ignore an important strategic ally like USA. India has reduced its oil imports from Iran by 12 percent in June 2018.  However, during 2012 US sanctions on Iran, India had circumvented the sanctions by a “Rial – Rupee Agreement” which enabled India to pay 55 percent of the Iranian dues by Euro. The balance 45 percent was kept in Indian Rupees, in UCO Bank, to enable Iran to pay for imports from India, in Indian Rupees. This arrangement may be revived.

Conclusion.  Iran poses no national security threat to USA. Iran has withstood economic and political sanctions from 1979 onwards and yet remains an adversary to reckon with.  Russia holds the key to the probability of a war effort againt the Iranians. In case it openly supports Iran, war is unlikely. However, if US recognizes Crimea as a part of Russia and eases US sanctions on Russia, will Russia turn a blind eye to Iran’s destruction?

In case there is a war, it will destabilise crude supplies and raise prices. Developing and underdeveloped nations will bear the brunt. In case the only US allies in war are Saudi Arabia and Israel, then post war, there is strong possibility of breakup of the present world order.  A  new world order may then emerge .