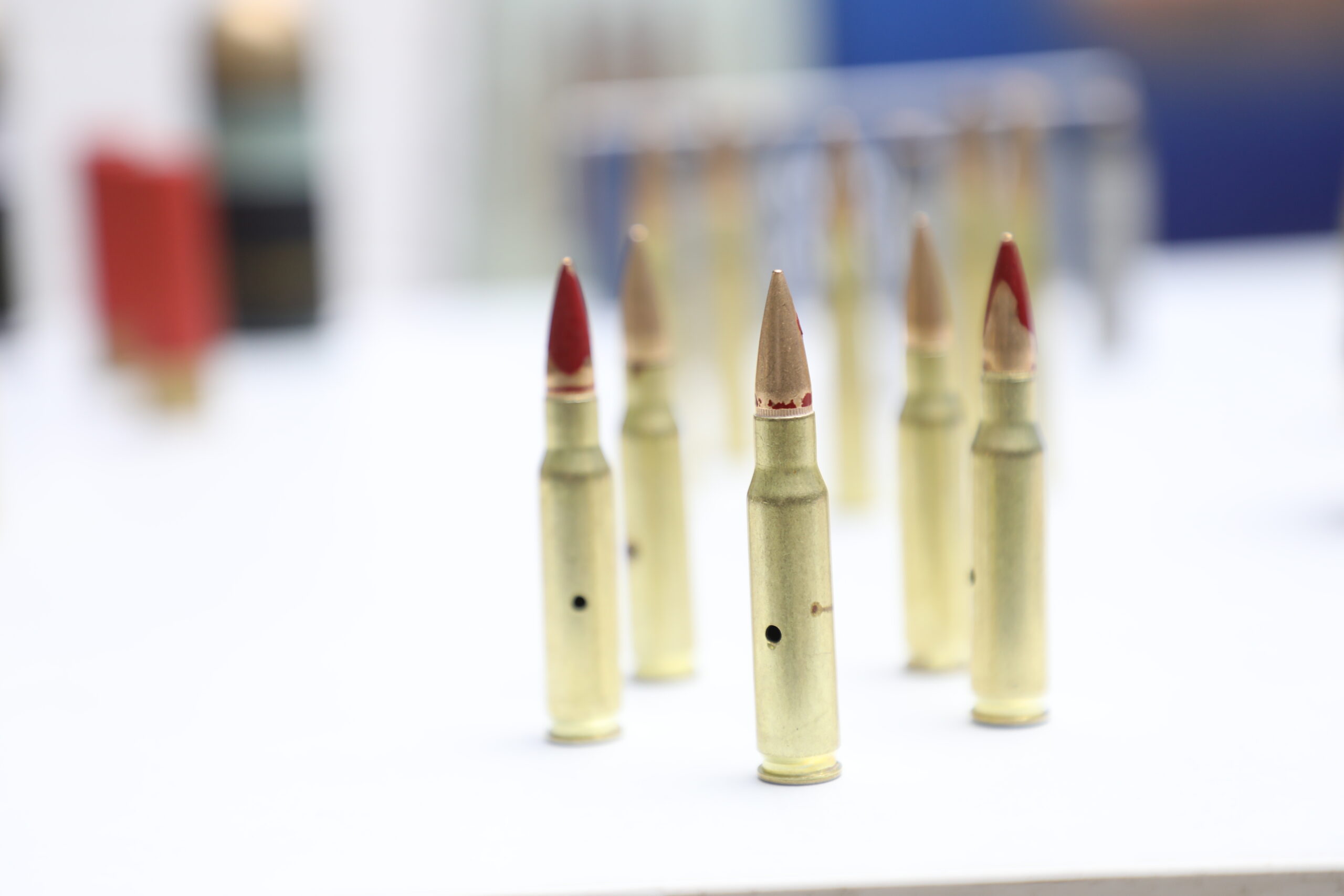 Indian governments, over the decades, have tried to attract foreign capital in the defence sector with half-hearted initiatives. As such, these attempts have been far from being successful. The recent raising of the cap to 74 per cent for capital investment in this sector via the automatic route expected to trigger greater offshore capitalisation. However, the author has his reservations and pretty strong ones at that.

To make the defence sector more attractive for foreign investors, the Indian Government resurrected a decade-old idea and raised the sectoral cap on foreign direct investment (FDI) from 49 to 74 per cent. The decision was notified by the Department for Promotion of Industry and Internal Trade (DPIIT) via Press Note 4 on September 17, 2020.

According to the notification, FDI in the defence industry which is subject to industrial license under the Industries (Development & Regulation) Act, 1951 and for manufacturing of small arms and ammunition under the Arms Act, 1959 will be allowed up to 74 per cent through the automatic route, beyond which it will require prior approval of the government.

As was the case earlier, the government may consider allowing FDI exceeding 74 per cent wherever it is likely to result in ‘access to modern technology’ or for other reasons which, in its opinion, justify the proposal. It is hard to recall, though, any instance of these provisions being successfully invoked by any foreign investor in the recent past.

The defence sector was opened to the private sector and FDI up to 26 per cent via the government route was allowed in 2001. Faced with the foreign investors’ persistent disinterest, the government decided in 2013 to allow higher investment where it provided access to the modern and state-of-the-art technology but it required approval of the Cabinet Committee on Security (CCS). This and subsequent relaxations in the FDI policy failed to generate the investors’ interest.

The DPIIT statistics show that the total investment received in the defence sector since 2001 rose marginally from Rs 25.63 crore at the end of June 2018 to Rs 56.88 crore by June 2020.It does not amount to even 0.01 per cent of the total FDI received by India between April 2000 and June 2020, though in the process defence has climbed one notch to become the third least attractive sector for foreign investment; the laggards being Mathematical, Surveying and Drawing Instruments, and Coir Sectors in that order.

Contradicting these dismal figures, the Minister of State for Defence Shripad Naik surprised many by giving two sets of overlapping statistics about an inflow of investments while replying to different unstarred questions in the Rajya Sabha on September 14, 2020. Read together these replies indicate that eighty aerospace and defence companies have reported FDI of over Rs 3,454 crore till June 2020 out of which over Rs 2,133 crore received from the financial year 2014-15 onward.

The dichotomy between the figures reported by the DPIIT and the Minister of State for Defence could be on account of a very restricted definition applied by the DPIIT for classification of FDI in the defence sector which excludes investment made in the industry manufacturing dual-use defence equipment or providing defence-related services that do not require an industrial license.

Be that as it may, the government seems convinced that the defence sector holds great potential for attracting foreign investment and that if the expectations have been belied so far it is largely, if not solely, on account of the FDI cap which did not let the investors exercise management control over the investee companies. Raising of the cap to 74 per cent will certainly remove that barrier, but some other new concerns could keep the foreign investors on edge.

This contradicts the notion of investments up to 74 per cent being permissible through the automatic route, as scrutiny from the national security angle implies that it will be carried out before any investment is made. It cannot obviously be left to the investors to self-scrutinise their own proposals.

To add to it, the provision that the investments that affect, or may affect, national security can be reviewed by the government, would keep the investors on tenterhooks all the time even after a proposal has been scrutinised and approved and the investment made. There is no indication of what could trigger such a review and what parameters will be applied for review.

The concept of national security is too wide and dynamic to be defined in fixed and precise terms. Most likely, the pre-approval scrutiny and post-approval review, wherever considered necessary by the government, for reasons which have not been disclosed in the Press Note and are unlikely to be in future, will necessitate involvement of various ministries – defence, home, external affairs, and probably even finance, apart from the DPIIT. Who knows, even the National Security Council may play a role in this.

With so many agencies, with differing and continuously changing perceptions about what constitutes national security, being involved in the scrutiny and review, the process would be time-consuming and the outcome completely unpredictable.

The condition regarding scrutiny and review on grounds of national security, incidentally, is in addition to the already existing stipulation that all foreign investments shall be subject to security clearance by the Ministry of Home Affairs as per MoD’s guidelines.

There is no clarity on the consequences for the investments that are found to be inimical to the national security after review. Nor is there any provision for an appeal by the investor against any adverse decision. This introduces an element of uncertainty for the foreign investors which can affect investment decisions.

The stipulation regarding scrutiny and review on grounds of national security is not the only condition which could dampen the investors’ enthusiasm. Another new condition that FDI up to 74 per cent under the automatic route shall be permitted for companies seeking new industrial license arguably creates an inexplicable barrier for the prospective investors, which is further compounded by other complexly or inadequately worded conditions.

To illustrate, one of the conditions reads: “Infusion of fresh foreign investment up to 49 per cent, in a company seeking an industrial license or which already has Government approval for FDI in Defence, shall require mandatory submission of a declaration with (sic) to the Ministry of Defence in case change in equity/ shareholding pattern or transfer of stake by existing investor to a new foreign investor for FDI up to 49 per cent, within 30 days of such change. Proposals for raising FDI to 49 per cent from such companies will require Government approval”.

True, the Indian and foreign defence companies and investors dealing with the MoD are quite used to such complexities and may be able to cope with the newly added ones, but there must be a sound business case for investing in the Indian defence market. The embargo on the import of 101 items, which will come into effect over five years starting December 2020, sends a mixed signal to the prospective investors.

The Press release issued in August 2020 says that it offers a great opportunity to the Indian defence industry to manufacture the embargoed items ‘by using their own design and development capabilities or adopting the technologies designed and developed by Defence Research and Development Organisation (DRDO)’. The companies in which the majority stake is held by the foreign investors do not seem to fit into this matrix.

As a matter of fact, under the Defence Procurement Procedure (DPP) 2016, companies with FDI exceeding 49 per cent are not be eligible to participate in the mega projects for manufacturing aircraft, helicopters, submarines, armoured fighting vehicles and main battle tanks in India under the Strategic Partnership Model or in other projects under the‘Make I’ category.

It remains to be seen whether the foreign investors will be keen to invest under the new FDI regime to undertake smaller projects or for exporting the products made in India by the investee companies. The former may not be lucrative enough and the latter seems fraught with uncertainty.

According to the Stockholm International Peace Research Institute’s latest list, Saudi Arabia, Egypt, Australia, China, Algeria, South Korea, United Arab Emirates, Iraq, Qatar, and Pakistan are among the largest importers of arms. Defence equipment cannot obviously be exported to some of these countries, even if they are willing to buy, while others may be more inclined to buy products made by the already established original equipment manufacturers in the US, Europe, Russia, and Israel.

Under the circumstances, it would be risky to speculate about the outcome of the government’s decision to raise the cap on FDI in the defence sector, especially considering the fact that the MoD – as the sole buyer of defence products in India – has been facing acute financial crisis for quite some time now and this situation may not change in the near future with the country reeling under the impact of the Covid-19 pandemic on its economy.