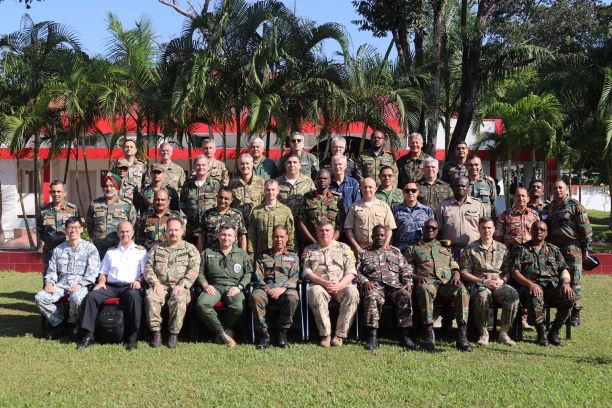 The Indian Army took foreign defence attaches from 26 countries on a tour to a front-line division of Eastern Command in Arunachal Pradesh to familiarise them with the prevailing situation in the forward area.

The delegation comprising of 29 military officers also visited other border areas in eastern sector. The delegation interacted with the staff officers and were briefed by the General Officer Commanding Dah Division based at Dinjan, Assam which got them an insight into terrain of Arunachal Pradesh and Assam.

Foreign Defence Attaches tour is conducted biennially for military attaches of friendly foreign countries posted in India for better understanding of the Indian Armed forces. This year the tour was conducted from 24 to 29 November 2019 with Vizag in the Naval-leg, Tezpur in Air Force-leg and finally to Dinjan and Along in the Army-leg of the visit.