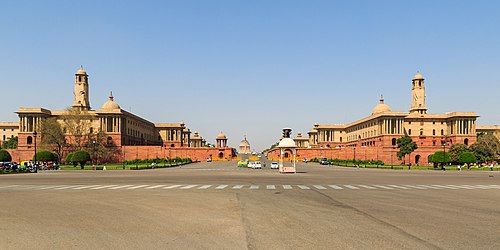 The article explains that warfare will go far beyond the military domain as we progress with technological inventions. In fact, militaries may not even be the lead agencies in certain war options. The article takes into account global trends that are largely irreversible and the impact of these on the power of states. The growing importance of activities in the information space is also brought out in the article.

The World is no longer One Family

India boasts of her ancient civilizational code “Vasudhaiva Kutambakam (The World is one family)”. Unfortunately, today and for the foreseeable future, we will live in a multi-polar, fragmented but inter-connected world, where all nations are cooperating, competing, confronting and if required conflicting with each other in the political, diplomatic, informational, military and economic (PDIME) sphere, to establish/retain/expand their strategic space, to realise their national aspirations and establish their place amongst the comity of nations.

Nations are hardly behaving like a harmonious family, with each building their comprehensive national power, especially hard power and multi-domain capabilities. Every country’s destiny is dictated by its geo-political-strategic-economic environment which is no longer a constant (even geography due to globalization and technology). India the ancient, proud civilization with a glorious history aspires to be and exhibits all the ingredients to be the pivotal balancing power in the World Order. We must be absolutely clear that ALL countries are in competition with India including our strategic partners, especially our known collusive adversaries China and Pakistan and immediate neighbours.

In future (two decades-2040), while it is envisaged that humans will continue to be central to the decision-making process, their character will be determined by politics, strategy, society and technology. There will be ever-increasing employment of autonomous systems, disruptive technology and game-changing kinetic and non-kinetic systems which are changing the nature of war/confrontation. There will be less emphasis on emotions, passion and chance. The international order is transforming with power increasingly diffused within and among states bringing fresh layers of complexities.

It provides focus to security policymakers, and Indian Armed Forces. It helps understand the future environment in which we all may find ourselves operating by 2040. The nature of ‘futures’ is such that attempting to pinpoint when particular trends or characteristics will emerge is invariably problematic. Some characteristics are likely to be similar to those apparent today, but dynamic factors (re-alignment of nations, emergence of hi-technology impacting environment, geo-pol-strategic-economic shifts) will emerge and some will become increasingly important in determining the future environment in comparison to today.

By 2040, the Big Two (US and China) will have global reach, while lesser powers will try to influence regionally. China will dominate the regional security zones of Asia (East, South-East and South Asia). The probability of being in the midst of a cold war between the USA and China with its attendant characteristics similar to the previous cold war is very high. India, while currently caught in the classical power play of global and regional security dynamics as it’s not yet a great power, should position itself as a ‘balancing power’.

An Overview of Multi-Domain World (MDW)

While the threat of full-scale conventional wars has gone down, correspondingly the span of conflict, its complexity, unpredictability, lethality, accuracy, reach and manifesting into many domains have emerged. The physical and nonphysical domains including the cognitive have expanded. Competition is 360 degrees, 24X7, with no front, rear and flanks and there is no place to hide. Commonly held perception of deterrence and conflict has changed irrevocably. Especially after COVID 19, with a flux in the global power structure, nations are in a state of ‘persistent engagement’. Warfare has already transcended the domains of soldiers, military units, and military affairs, and is increasingly becoming a matter for politicians, scientists, networks and even bankers!

Four interrelated trends will define competition and conflict by 2040: adversaries will contest all domains, with the electromagnetic spectrum (EMS) and the information environment gaining pre-eminence; smaller armies can fight on an expanded battlefield that is increasingly lethal and hyperactive; nation-states have more difficulty in imposing their will within a politically, culturally, technologically, and strategically complex environment; and states will compete below armed conflict (Pakistan’s game against India, Iran, North Korea Vs USA). MDW calls for a change of thought process, ‘a transformation and not just modernisation’.

India is already engaged in a MD

Confrontation/conflict is a national effort and not fought by Armed Forces alone. Increasingly our adversaries China and Pakistan, have leveraged multi-domains to expand the battlefield in time (a blurred distinction between peace and war), in domains (space, cyberspace, information, psychological, diplomatic, legal), and in geography (now extended all India) to create strategic, operational and tactical payoffs, and achieve their objectives without resorting to armed conflict (stay below our red lines). Resorting to hybrid warfare and attempting to fracture our resolve (proxy war, salami-slicing they are using the ‘Three Wars’ concept. India and its armed forces must therefore commit and act to become a “full-spectrum multi-domain entity”.

Evolving Trends which will Impact Security Environment and India

A future security scan is incomplete without examining clearly discernible and distinct trends emerging (by 2040), which at first glance appear theoretical and esoteric, but will need careful analysis, planning, management and implementation for India to exploit/manage:

Asia and Indo-Pacific will emerge as economic power centers, where the political and military power of China (and to a lesser extent India), will grow, potentially rivalling that of the USA. Other regional players EU, Russia, Iran, Turkey, Japan, Australia, Nigeria, Brazil will remain important political actors, but their influence is likely to diminish and the economic and soft power of the West will reduce.

Whether the current institutions, mechanisms and norms of the international system can adapt to accommodate this shifting balance of power is difficult to predict. If it cannot, there will be instability. Dispersed and contested political power will make it harder to forge internationally-binding treaties, and non-compliance and subversion of international laws are likely to increase. The transition of power between states is occurring alongside the diffusion of power within states.

A few multinational corporations will become bigger and more powerful, providing vital services that states will depend on, and some will use their power to demand concessions from the state. The sovereignty of the state will diffuse and a more complex, potentially de-centralised, hybrid system of governance may begin to emerge.

Processing power for the volume and variety of data, and network-centric operations will continue to grow exponentially, driving the development of artificial intelligence (AI), quantum computing, big data, and the ability to solve problems of increasing complexity and difficulty, leading to improvements across all aspects of human endeavour. Digitisation, cyberspace, information is becoming pivotal to humanity, and ironically conflict. Information Influence Operations (IIO) to include social media will be pervasive creating an ‘echo chamber’ effect, polarising populations, eroding trust in institutions, creating uncertainty, and fueling grievances. Difficulty in regulating cyberspace and social media will continue to be exploited by nations, corporates, global terrorist and criminal groups and other malicious actors.

The change to a significantly more automated world (4th Industrial Revolution) involving a range of new technologies that are fusing the physical, digital and biological worlds and impacting all disciplines, economies and industries, is likely to happen faster than previous transitions. Easy accessibility, quantity and quality of kinetic and non-kinetic systems are already changing the global economic and security landscape. This will be beneficial but equally disruptive. China is at the forefront in this field and will exploit her asymmetric superiority in all domains to the detriment of India.

Human security, prosperity, health, awareness and empowerment will grow. The price would be more fragmented societies and increasing populism. Inequality is growing, and so is division within many countries, between those with liberal and those with traditional views; and nationalism, religious intolerance and antipathy towards immigrants are on the rise. Many governments are becoming more authoritarian, and even with some checks and balances, the rise of autocrats/dictators (Xi Jinping, Duterte, Kim Jong-un) who will be the final arbiters of a nation is growing. Knowing the mind and personality of leaders is assuming critical dimensions. In the triangular relations of China-Pakistan-India, we are looking at two illiberal nuclear weapon countries ruled by CCP/military, are collusive and believe in hybrid warfare. India must study its adversaries and their leaders thoroughly.

Trends highlighted above can manifest in unexpected ways and complexities due to cross-linkages. To illustrate; may result in significant geopolitical shifts in alliances; major conflict (US-China; India-China; India-Pakistan); natural or man-made disasters; financial crisis; the collapse of key multilateral organisations; proliferation of disruptive technology; and 24X7 competition between nations which is already happening. Specific action plans need to be designed and activated to manage the trends; public, societal and political unrest, adversary’s IIO (influence information operations), disasters and climate change; scarce resources like water, rare earths; a fair share of global commons (cyberspace, the oceans, polar regions and space).

Failure of India to gird up and stay ahead of the loop will impact our multi-domain capabilities and capacities adversely. In turn, this will slow down our GDP growth, impact our freedom to operate in expanding strategic space, with grave consequences for our aspirations for being a regional player, and allow China along with collusive Pakistan and other countries in the immediate neighbourhood (Bangladesh, Nepal, Myanmar) to exploit our vulnerabilities.

Deterrence requires a national strategy that integrates PDIME domains. India must develop strategies, plans and operations that are tailored to the perceptions, values, and interests of specific adversaries. Effective and successful deterrence warrants that our military capabilities and potential (pivotal ingredient) must be visible and known to all and communication must be established with adversaries to generate the desired decision outcomes. In some cases, military capabilities may not be an effective tool to deter a particular adversary’s action, making other instruments of power the primary deterrent. We must constantly review our nuclear policy and capabilities in line with global trends, especially in China and Pakistan.

Additionally, coalition support should be integrated to enhance deterrence credibility, but deterrence must be viable as a unilateral strategy. Military options will always remain the final arbiter to achieve national objectives both proactive and reactive. Possessing adequate CNP alone is not sufficient and one must create a reputation (Israel, China, USA) for using deterrent tools when national interests/ sovereignty is at stake.

Is the Answer a Grand Strategy for India?

A grand strategy is a road map for how to match means with ends. It works best on predictable terrain, where policymakers enjoy a clear understanding of the distribution of power, a solid domestic consensus about national goals, and stable political and national security institutions. Economic and military power no longer yield influence as reliably as they once did. The result is an emerging world of multi-polarity and disorder, where grand strategy may not work well. For India, the answer possibly could be a mix of centralisation and decentralisation and evolving incrementally.

Anticipating and exploiting emerging trends have the potential to position India as the world’s most influential democracy in the second half of the 21st century, giving it the ability to shape Asia, the Indo-Pacific region and the dynamically evolving global order. Militarily, we need to be a complete multi-domain power. We have to play our cards carefully and deliberately and create conditions (not just hope) for breaking out from South Asia to balance the security environment regionally, in Asia and beyond.