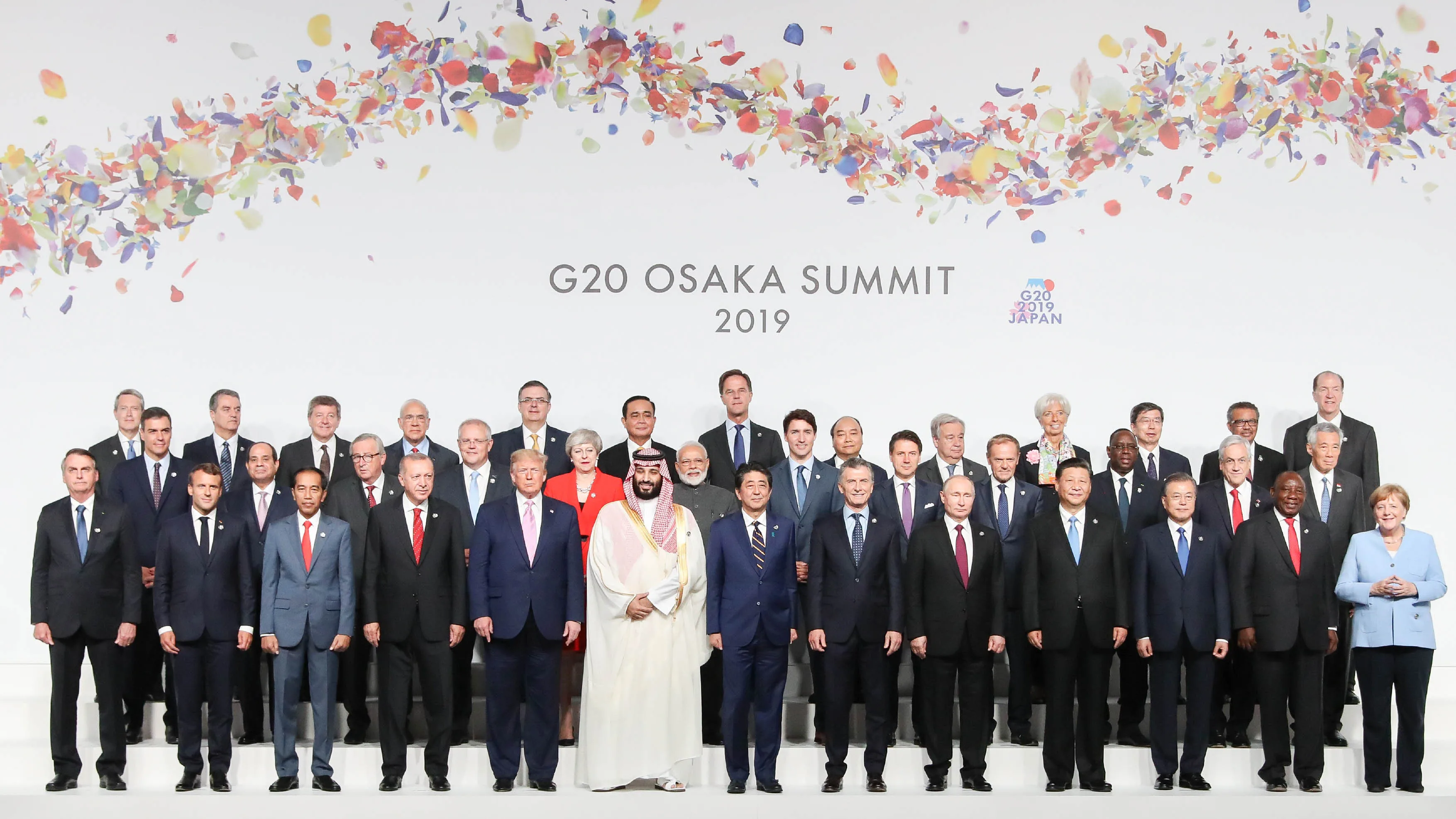 The G-20 Summit on the World Economy brings together the members of the G 7 comprising France, United States, United Kingdom, Germany, Japan, Italy, Canada and the European Union. It further includes countries such as Argentina, Australia, Brazil, China, India, Indonesia, Mexico, the Republic of Korea, Russia, Saudi Arabia, South Africa and Turkey. This post-World War 2 initiative is aimed at international coordination of of  economic policy. These include the key financial institutions, the International Monetary Fund and the World Bank as also the World Trade Organisation, Collectively, the G20 economies account for 80% of the global GDP and two third of the World’s population.

The G 20 was conceived in response to the series of massive debt crises which occurred since the 1990s. These crises include the Mexican Peso crisis, 1997 Asian Financial crisis, the 1998 Russian Financial Crisis which impacted the United States; most prominently in the form of collapse of a prominent hedge fund, and long term capital management. .

The organisation’s primary focus has been the global economy. The themes of the summit primarily dealt with the global economy. The turning point came in 2008 when Brazil was the Chairman. On 11 October 2008 after a meeting of G7 finance ministers, President George W. Bush stated that the next meeting of the G20 would be important in finding solutions to the burgeoning economic crisis of 2008.

The 2008 crisis was critical for the United States and the entire World. The summit was held in Washington D.C. on 14 and 15 November, 2008. It was a historic meet in which Germany and France said Bretton Woods-II should bring about genuine, all-encompassing reform of the international financial system.  The US Government reported that the summit had reached what would be the Washington Declaration. The five key objectives the leaders agreed upon were as under:-

Due to persistent efforts by all participants the global crisis was resolved. The G 20 hereafter became an extremely important group for resolving global economic problems.

The leaders of the G 20 met in Osaka for the 14th Summit on 28 and 29 June. Prime Minister Modi represented India at the summit. The group made united efforts to address major economic challenges to the World. They committed to work together to foster global economic growth. It was also decided to harness the power of technological innovation particularly digitalization and its application for improvement in economic standards of all countries.

They would continue to build on the work by past leadership and strive to create a virtuous cycle of growth by addressing inequalities and create a society where all people can realise their full potential. Further, efforts would be made to foster development and address other global challenges to pave the way towards an inclusive and sustainable world as envisioned in The 2030 Agenda for Sustainable Development.

The Summit Statement focuses on the following areas:-

India in the Osaka Summit and Implications

India feels that G 20 summit is extremely relevant for India. The important issues are as stated below:-

India took an active part along with South Africa and Indonesia to frame the G20 Declaration to suit their national interests. To achieve an inclusive, sustainable, safe, trustworthy and innovative society through digitalization and promoting the application of emerging technologies. However, they boycotted the Osaka Track on the digital economy as it overtly undermined multilateral principles of consensus based decisions in global trade negotiations and denied policy space for digital industrialisation in developing countries. India, South Africa and Indonesia expressed that this must be conducted on the basis of the 1998 work programme. Accordingly, they agreed to the G 20 Declaration but chose not to sign the Osaka Track, as it would fundamentally undermine the core WTO principles of arriving at consensus based decisions. India is a meaningful partner in the group and is likely to host the summit in 2022.

The G 20 is a grouping for discussions of economic activities. Currently there are no discussions on security issues. Can economy be delinked from security? This is an issue for consideration. May be in the future this would be an area for discussions. It would garner greater importance for the group and its activities.