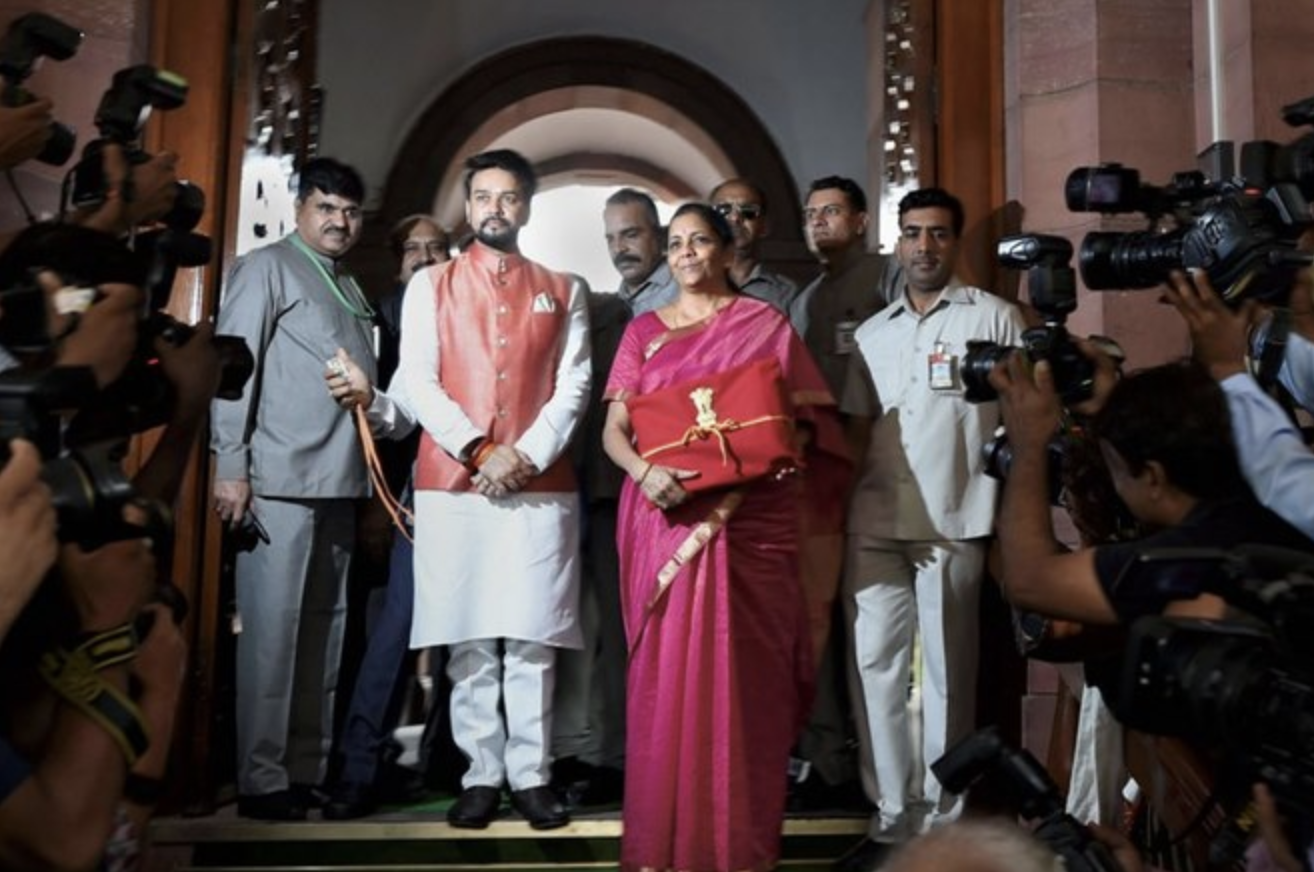 Where’s the Money for Defence: Need to Think Out of the Box

The lack of mention of the defence allocation in the Finance Minister’s presentation of the Union Budget was certainly most unexpected either by the forces or the strategic community. Was it an indicator of the government’s prioritisation of National Security? The answer apparently is No! However, competing priorities cannot be ignored, feels Amit Cowshish. The article provides a view at the macro level of why, ultimately, defence modernisation keeps languishing.

The Finance Minister made no reference to defence in her Budget Speech on July 5, upsetting some who see this as an intentional slight, and others who expected a handsome increase in the outlay. That the Finance Minister chose not to make hackneyed statements about the government’s commitment to defence should not be seen as an affront to the defence establishment. There should be no doubt in any one’s mind about the government’s commitment to the defence and security of the country. As for the expectation of additional funds, the issue is a bit complicated.

As it turns out, the total allocation under all the four demands for grant of the Ministry of Defence remains at Rs 4.31 lakh crore (net), including Rs 1.12 lakh crore for defence pensions. This is at par with what was proposed in the Interim Budget presented to the Parliament on February 1. The total allocation works out to 2.04 per cent of the gross domestic product and 15.47 per cent of the total central government expenditure, signifying a downward trend vis-à-vis the previous years.

The armed forces get a two-thirds share in this overall pie, with the rest of it catering for defence pensions and the requirement of other organisations like the coast guard, border roads, ordnance factories, defence research and development organisation, armed forces tribunal, and so on. 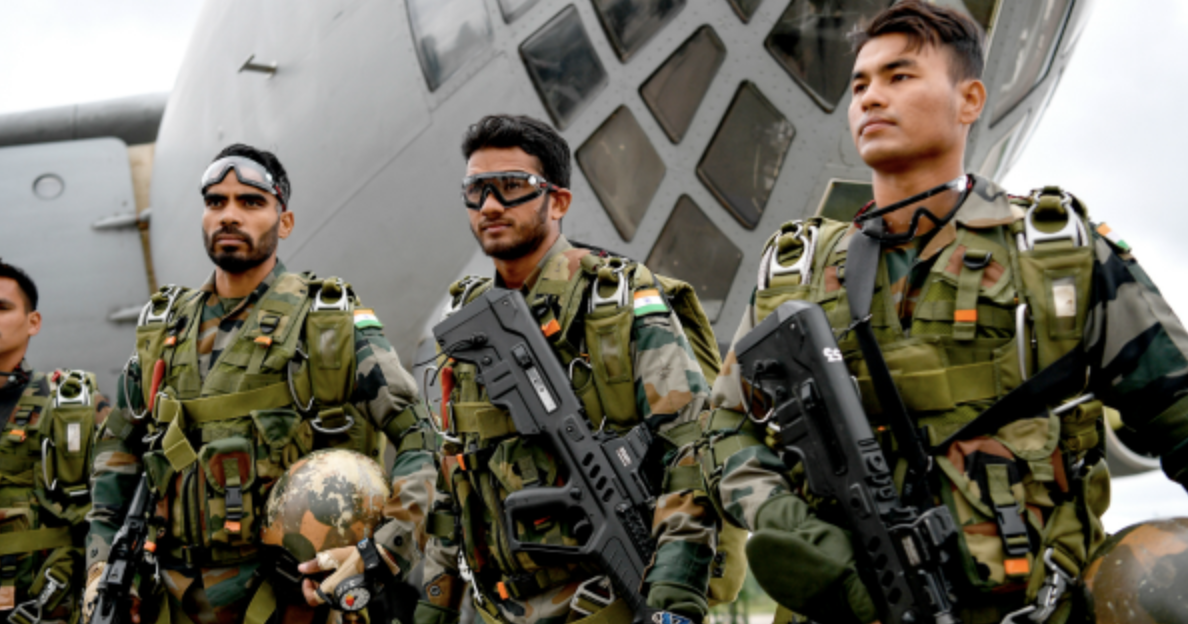 A quick analysis of the armed forces’ revenue budget reveals that salaries account for more than 60 per cent of this Budget. Stores account for approximately 18 per cent, but it includes a substantial element of obligatory expenses on ration and clothing, which impacts the availability of funds for procurement of ammunition, some minor equipment, spares, and other ordnance stores required for the upkeep of the in-service equipment.

With just about 6 per cent of the revenue budget being available for revenue works and another 3 per cent for transportation, maintenance and upkeep of the infrastructure, movement of personnel and stores, and other operational activities funded from these budget heads also tend to suffer.

On the capital side, there has been an increase of 10 per cent over the previous year’s allocation. Though it is in keeping with the past trend, it will be surprising if in absolute terms the allocation is anywhere near the requirement projected by the armed forces. Most of the capital budget anyway is consumed by the committed liabilities arising from the ongoing contracts.

As per the past trend, the committed liabilities could consume up 85-90 per cent of the capital outlay. Last year, the army was not left with even that much, going by what was stated by the Army Vice-Chief before the Parliamentary Standing Committee on Defence. Whatever amount is generally left after meeting the committed liabilities is insufficient to sign more than a few new capital acquisition contracts.

All this indicates a paucity of funds for meeting operational requirements of the armed forces as well as their modernisation. This inference is reinforced by the rising gap between the requirement of funds demanded by the armed forces and the actual allocation made in the Union Budget over the years. This gap has gone up from Rs 23,000 crores in 2010-11 to Rs 1.12 lakh crore last year. It will be surprising if it is significantly lower this year. Though new acquisitions do not get held up only because of the paucity of funds, there is no denying that it is a serious problem impacting the pace of acquisition.

This situation is not new. It has been like this for several years. There is no way the Finance Minister could have remedied it, even by a fraction, in the Union Budget presented by her earlier this month. For one thing, she barely had five weeks to rejig the Interim Budget and come up with a revamped budget to not only meet the expectations of the armed forces but also to promote the present government’s larger objective of pushing the Indian economy towards the US $5 trillion marks.

For another, in the July 5 Budget, the reassessed receipts have gone up by a mere Rs 2,149 crore over the estimates presented in the Interim Budget. Even if the Finance Minister were to pass on this entire amount to defence, it would have been a mere drop in the ocean, making no material difference to the larger problem of persistent inadequacy of defence budget.
The government must have more receipts flowing into its coffers to be able to allocate more funds for various purposes, including defence. In a broad sense, this is possible only if the government resorts to higher taxation, disinvestment or borrowings, or substantially reduces its expenditure. It would be obvious to anyone that there are severe constraints in, and serious consequences of, adopting any one or more of these measures. If this does not explain why no additional allocation was made in the regular budget for defence, nothing else would.

It is important to ponder why has this situation come to pass. There are, of course, several reasons for that, but if one were to single out one, it would be the disconnect between defence planning and financial realism. To illustrate, the five-year plan presented at the Unified Commanders’ Conference in July 2017 envisaged an outlay of Rs 27 lakh crore. It would have required the Defence Budget to be doubled the next year and sustained at that level for the next four years to implement the plan.

This was not the first time that a financially unviable plan was drawn up. Many earlier plans also ran aground because of the inability of the Finance and Defence Ministries to agree on the outlay. There is no point drawing up a plan which is financial unviable right from the beginning. The impression that this is on account of there being no clarity as regards long-term funding is also not quite correct. Such indication was available when, for example, the five-year plan for 2007-12 was drawn up, but the plan did not conform to the indicated level of funding.

More recently, the medium-term expenditure framework statement presented to the Parliament by the Finance Ministry projects the likely allocation under each of the four demands for grant of the Ministry of Defence for 2019-20 and 2020-21. It remains to be seen whether the requirement projected for the current year conforms to the indicated figures. But one thing is for sure: the figures for these two years would not result in substantially higher allocation for defence. It only means that the problem would remain unresolved.
This is not to pooh-pooh the threat assessment that underlies the defence plans or to suggest that the present level of funding is adequate. The fundamental issue remains, how the defence budget can be raised to the expected level without causing any adverse impact on other sectors like health, education, agriculture, and infrastructure development or on poverty alleviation schemes of the government.

The Parliamentary Standing Committee on Defence, which will shortly take up examination of the Defence Ministry’s demands for grant, can play an important role in finding a lasting solution to the problem by recommending setting up of a committee of defence economists, service officers, officials of the defence and finance ministries, and other experts to examine the issue dispassionately and come up with specific steps that the government could take to enhance the defence budget to meet the demand projected by the armed forces from next year onward or how the defence plans could be restructured to make them financially viable.