Pakistan announcing its intention of converting Gilgit-Pakistan to be their fifth province has fanned objections from all quarters. It’s not just the Indian government, even separatists in J&K, the populace of these areas, terrorist groups and even Baloch leaders have opined against it. Pakistan would surely have anticipated the response such a move would generate, but were possibly pushed by the Chinese to do so with the China Pakistan Economic Corridor passing through the region. The Pakistani move displays its lack of commitment to resolving the Kashmir issue holistically, as the terrorist groups perceive.

The Indian side has a fine opportunity of orchestrating a perception management campaign to influence opinions on both sides of the Line of Control, as also the international audience, against the Pakistani design. 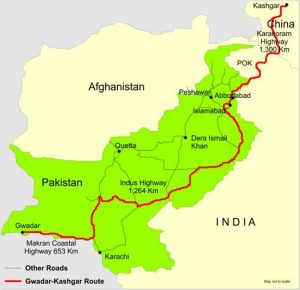 Two recent reports have had alarm bells ringing in strategic circles. Firstly, the news in Pakistan media about their intention to convert Gilgit-Baltistan as their fifth province. The second has been news emanating from China stating that it has authorised Pakistan to produce ballistic and anti-ship missiles, main battle tanks and aircrafts, currently being imported from them. This was discussed and approved during the recent visit to China by the Pakistani army chief. Both these comments have a strategic bearing on India.

China-Pakistan relations have always been close. China has always used Pakistan to balance Indian military power. It openly claims it as part of its strategy of maintaining equibalance in the sub-continent. This ensures that India will always consider a two-front war as a reality. The granting of permission to Pakistan to manufacture weaponry, which it presently imports from China, opens doors for eroding Indian conventional missile superiority. Two nuclear powered nations, antagonistic to each other, with reasonable parity in conventional military power, would ensure that any future major conflict is unlikely. It would thus provide Pakistan with impunity to continue with its proxy war on Indian soil.

The proximity of the two nations has been enhanced with the opening of the CPEC. While the CPEC may boost the Chinese economy, however its true impact on Pakistan has been shrouded in mystery. Statements from Pakistan have been vague and contradictory, supporting the CPEC as a magic formula for all ills, while hiding its repayment costs and increased dependency. Chinese investments in every sector of Pakistan’s economy including its stock market is converting Pakistan into a satellite of China, almost akin to North Korea. With the west losing faith in the ability of Pakistan to reign in terror groups, it is only China whom it can bank on, thus making it almost beholden to them.

Chinese troops have been observed in northern parts of Pakistan including Gilgit-Baltistan and in some cases close to Indian posts in Kashmir. Chinese nationals have been deployed for the construction and operationalization of the CPEC. To ensure their security, Pakistan has raised a Special Security Division (SSD) of about fifteen thousand troops and a Maritime Security Force (MSF) solely for the security of Gwadar. However, China still unsure of Pakistan’s capability and ability, has planned to increase the strength of its marine force and deploy the same at Gwadar. Thus, China will formally have a base in Pakistan, not only to enhance its strategic interests, but also because it does not trust Pakistan’s capability to ensure security. 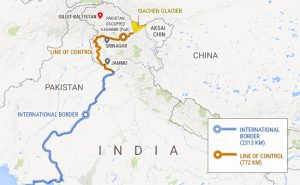 Gilgit-Baltistan, part of erstwhile J&K, presently an ‘Administrative Territory’ earlier termed as “Northern Areas’, has been a thorn for the CPEC. A discontented Shia population in a Sunni dominated nation, at the head of the corridor could very well derail the project. Further, Pakistan has been unable to harness hydro-electric power and mineral wealth of the region mainly due to its special status. Pressure from China to convert it into the fifth province of the country, solely to enable it to exercise better control of the CPEC and permit exploitation of resources, has compelled the government to seriously consider the issue. However, India and the diaspora of Gilgit-Baltistan would vehemently oppose any such action by Pakistan.

For Pakistan, such an action is not a simple step. Article 258 of their constitution would need to be amended. This is not easy as the government does not possess the desired mandate and would need the support of the opposition. Therefore, it would need to be pushed by the army, applying pressure on all political parties. Further, Kashmiri’s on both sides of the border are against this step as it would dilute and undermine the settlement of the dispute. Even the pro-Pakistan separatists and leaders of anti-India militant groups have condemned the move stating that it would dilute Pak’s claims over J&K. Pakistan is aware that it can never annex Kashmir, neither by its support to the ongoing militancy; nor by military means. However, pressure from China would override any local objections and it is likely that the government may be compelled to take this step.

While India would legally object to any such action by Pakistan, in the long term it may change the dynamics of the region. Such an action is against the UN charter, hence any future attempts by Pakistan to raise the issue at any international forum would become invalid. It would also make any proposed UN role (which India refuses and Pakistan desires) redundant.

More importantly, Indian perception management if correctly played, could change the scenario in Kashmir. The Hurriyat could be directly blamed for their support to a regime (Pakistan) which has broken the erstwhile state and thus ensured that the Kashmiris can never dream of a free J&K, since a part of the state is now an integral part of Pakistan. By openly criticizing this action in international circles and correctly projecting the same in the Valley, it could bring about a change in local mindset. Such a change would result in reduced support to Pakistan sponsored militants and the separatists. India could also simultaneously enhance support to moderates in the state to commence protesting against Pakistan’s proposed actions. 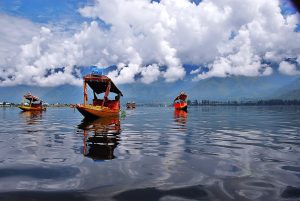 India should not wait for Pakistan to even commence the process of amending its constitution, but begin its perception management now by officially protesting in the international fora. The PDP-BJP combine should ensure that the issue becomes a major plank in the forthcoming bye-elections in the state, thus ensuring that even the opposition National Conference is compelled to support Indian actions, failing which they could be termed as anti J&K.

India can do little in convincing the Chinese to reconsider their decision of permitting Pakistan to manufacture missiles and aircraft. Like in earlier cases of the NSG and Azhar Masood, China will support its ‘all weather friend’. However, we must take advantage of Pakistan contemplating of converting Gilgit-Baltistan into its fifth province, and gain immensely in the Valley through a planned and organised media campaign.