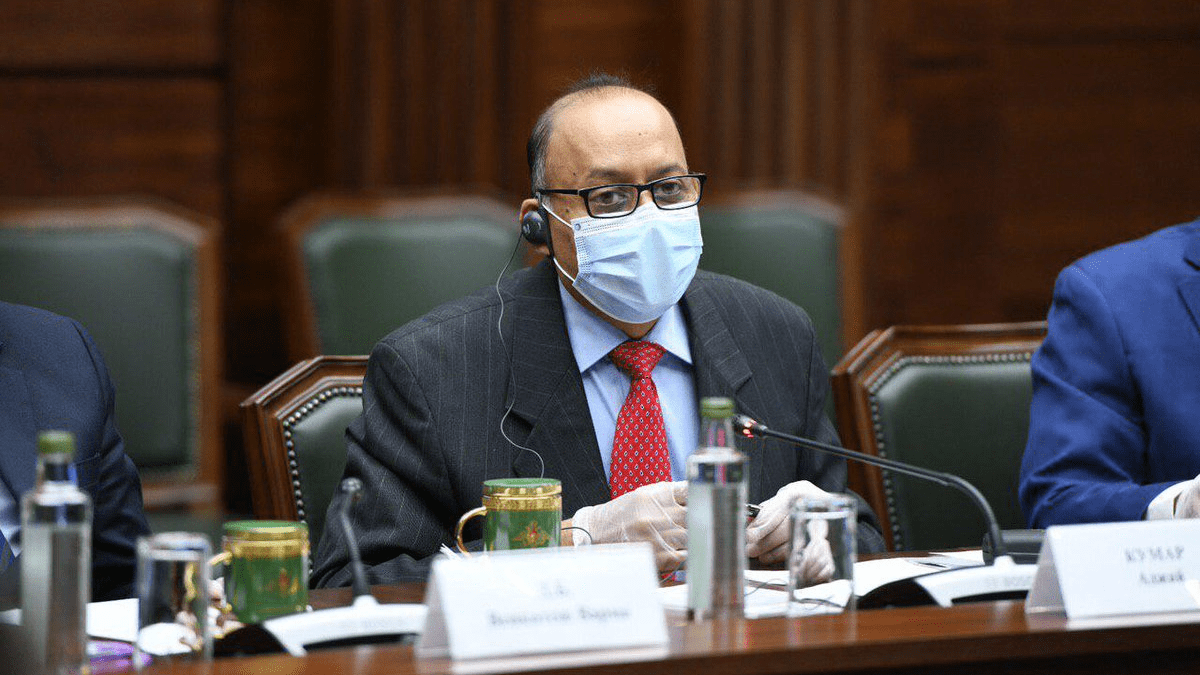 The danger of Biological Warfare is receiving huge attention amidst the ongoing COVID-19 pandemic and the strengthening perception of Coronavirus being a Chinese bioweapon created in a laboratory in Wuhan. In fact, the conspiracy theory is gaining ground, globally. Reacting to how India is addressing the concerns, Defence Secretary Dr Ajay Kumar declared, “Of course, we are prepared for Biological Warfare. Some of the things which came out recently to combat, COVID from defence DRDO labs, were a part of preparations for such an eventuality.”

Speaking on cyber threats, Dr Kumar said, “Cyber threats are extremely real and India is facing cyber-attacks on civilian and military infrastructure all the time. This is one area where the government is redefining the security threat perception of the country because putting down the power infrastructure of a city or the financial cyber infrastructure; you can do as much damage as is possible by a bombing. So, we are redefining it”.

Providing details of the initiatives taken in this regard, the Defence Secretary said the government has initiated several steps to secure its cyberspace. ”Within defence, we have recently recognised this and created a defence cyber agency. We have separate cyber infrastructure for armed forces. National Cyber Coordination Centre coordinates the overall cyber security architecture of the country between various agencies”.

On the issue of 5G technology, the senior bureaucrat exhorted the Indian industry to achieve a significant amount of capability development to thwart the advantages that the Chinese have with their technological advancements in this arena.

“If we look at 5G, we now that 2G to 4G was dominated largely by the Western world – Europe and America but 5G is dominated by China. When we look at the 5G equipment there is this big dilemma of what to do? This has multiple dimensions because 50 to 60 per cent of the equipment is coming from Huawei and other Chinese companies. Therefore, there is a need for us to develop our own technology in the communication sector. I’m happy to share that today some work has been going on and some has already been done. Several components of 5G infrastructure are now been designed and developed in India but we are still far off,” the Defence Secretary said.

Addressing a webinar on “Recent Reforms in India’s National Security Apparatus” organised by Special Centre for National Security Studies (SCNSS), JNU on 2 June, he said, it is very exciting times in the Ministry of Defence which is witnessing a huge change in the national security apparatus not seen in the last two decades. Expressing satisfaction over the pace of military reforms he said, “For the first time, all recommendations related to defence reforms put forward by several committees following the Kargil War have started taking shape, not seen in the past, which has a tremendous impact on our defence preparedness.”

He touched upon the various defence reforms which have been undertaken keeping in view the present security challenges and geopolitical scenario and appreciated the political will to carry out such changes which were long overdue. The formation of the Chief of Defence Staff (CDS) and the Department of Military Affairs (DMA) for greater integration of armed forces go a long way in this endeavour.

Speaking on the issue of the defence industry and the goal of self-reliance, he listed several initiatives which have been realised in recent times. He emphasised that the Indian defence sector has transformed from a licensed industry to an almost de-licensed regime. The extent of private participation is at an all-time. As an incentive the government had decided that 101 items will not be imported and can only be bought from Indian manufacturers. Now, 108 items have been added to the list, last week. This list is going to progressively increase.

On the export front, the senior official said India had exported defence products worth Rs. 105 crore two years ago. It’s Rs. 11,000 crore now and 80 per cent of it came from the private sector because of policy changes. Informing about the export growth, he said for the first time India has been included in the SIPRI’s exporters list. This has been a special journey coming from one of the largest importers to being in the exporters list.