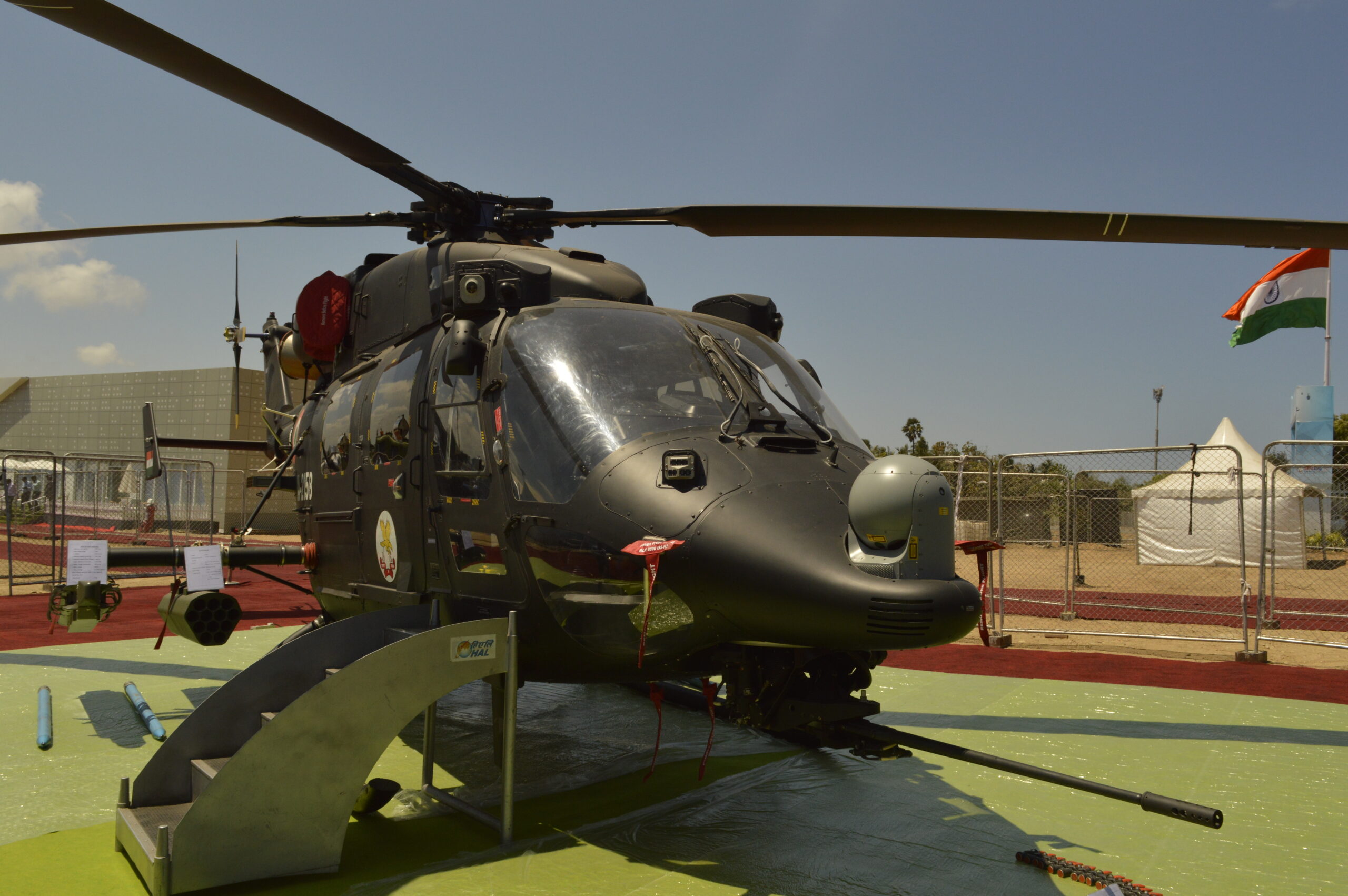 Our dependence on imports for the defence sector has been rising and it calls for concerted action should we attempt the twin objectives of indigenisation and creating a substantial export market. The author analyses the current status and recommends certain new structures to give a boost to exports.

As per the latest Stockholm International Peace Research Institute (SIPRI) report, our country is the world’s largest importer of major weapons between 2013 and 2017. Further, India’s imports have increased by 24 percent over the last 10 years. It’s interesting to note that defence equipment imports of China and Pakistan have reduced considerably during the same period. 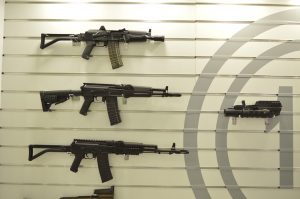 It is important to note that India has to be prepared to undertake operations against China and Pakistan which entails the need for state of the art weaponry. The armed forces would be extremely happy to buy a product designed, developed and manufactured in India. However, currently the same is not available. Are there any silver bullets to provide solutions? The obvious answer is No! There has to be a well-planned path. The process has to be top driven and must follow the lines of a few of our success stories which are listed below:-

These projects continue to remain on the upward trajectory due to few procedures and stress on implementation. Further, all these fields were headed by specialists who had the full support of the Government irrespective of their political affiliations. It’s similar in other countries which are exporters. 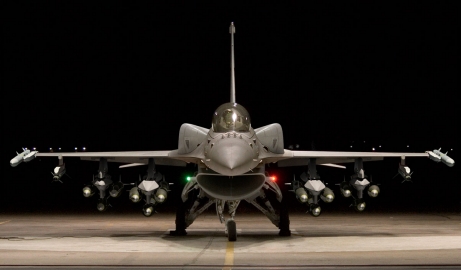 It would be pertinent to take the case of the United States and discuss the case of an officer late Colonel John Boyd. He was a fighter pilot during the Korean War and later on a flying instructor and a Consultant with the Pentagon. He was responsible for the theories of Manoeuvre Warfare, the famous OODA loop and the development of the F 15 Eagle, F 16 Falcon and the F 18 Hornet, which are versatile weapon systems even today. Boyd was a military strategist and due to ill health moved to his home in Florida. Prior to the First Gulf War, Secretary of Defence, Dick Cheney called him back to the Pentagon and he worked out the overall plan along with other strategists.

There are many specialists with similar capabilities in our own country who can definitely make Indian defence products state of the art provided they are selected and continue in their task with full support from the authorities. Specialists with their enthusiasm make procedures work.

At the outset, the need for weaponry stems from a National Security Strategy that needs to be issued by the Cabinet Committee on Security. Based on this strategic directive, the Raksha Mantri has to issue an operational directive from which it’s possible to decide the weaponry needed to counter the security challenges. Recently, the Government has formed a Defence Planning Group which would be able to structure this pivotal document. The creation of the document will enable us to right-size our force structure and weaponry needed for our armed forces.

The Raksha Mantri would issue the operational directive based on which the armed forces would work out the weaponry needed to achieve the objectives identified in the directive. This would also lead to the technologies which have to be developed. Fortunately, both the Army and the Navy have a Design Bureau and the Air Force has a clear view of technology as they have an Air Officer Maintenance and a Maintenance Command to look after these aspects. These would be integrated through the Headquarters Integrated Defence Staff and a formal requirement of weaponry based on indigenous capabilities would be prepared. 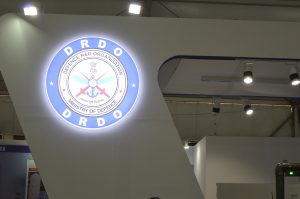 The aspects arrived at will need to be debated with the DRDO, academic institutions, OFB, DPSUs, big private sector companies and MSMEs. There must be a free flow of information based on which allocation is made and as far as possible the private sector, apart from taking on independent projects, must also form a part of all public sector projects on a Public-Private Partnership model.

Any item being purchased from abroad must be on Transfer of Technology or co-development basis. Based on these inputs a realistic Technology Perspective and Capability Road Map will need to be made revising the existing 2013 document and thereafter allocate projects based on Request for Information available. Products achieved by this system will be first procured by our Armed Forces and thereafter the same would automatically be exported.

It is important to also have the issue of Strategic Partnerships with private players resolved at the earliest. Apart from this, all countries which export weaponry have a Task Force which works directly under the Defence Minister. It’s important to correctly structure the composition and working of this Task Force.

This would be the most important task force which would propel India as an exporter of weapons in the next 10 years. This task Force which would work directly under the Defence Minister and provide kinetic energy to the subject of exports. The Task Force would be composed of the following members:-

As one can observe from the composition that the kinetic elements of the group would really be the Colonel, Captain, Group Captain, Scientist F, Director Defence Finance and representative from Defence Industry. Their minimum tenure should be five years. They would be the workhorse to ensure that the documents as also production take place on a fast track. Decisions must spring in real time and at a fast pace. The Raksha Mantri and the CCS will need to be supportive to the Task Force.

As per NDTV, India’s weapons buying is frequently crippled by multiple and diffused structures with no single point accountability. Further, there are multiple decision heads, duplication of processes, delayed comments, delayed execution, no real-time monitoring, and no project-based approach and a tendency to find fault rather than facilitate.

The 27 point internal report prepared late last year by the Ministry of Defence candidly states that of the 144 deals in the last three years only 8 to 10 percent fructified. Further, from the stage of Request for Proposal till the deal is closed by the Competent Financial Authority delays are from 2.6 times to 15 times. The report also suggested that the Technical Oversight Committee can be done away with. All this points towards lack of implementation. It’s in this context that the Task Force would be able to plug the loopholes and they could chase the lower and intermediate levels to speed up and complete the process. All this indicates that there is lack of synergy.

What Products do we focus on?

Currently, we are exporting limited items. These include offshore patrol vessels, lightweight torpedoes, components of Bofors Guns, upgrading of T 72 tanks and components of aircraft. We need to focus on a few technologies which would help us to enhance exports. These are in the area of communications and include Quantum technology, Nanotechnology, Artificial Intelligence and Robotics. These would be in addition to the existing technologies which we are researching:-

As was observed during the 10th DefExpo held from 11to 14 April 2018, India has attained significant manufacturing capabilities. Our ability to boost MSMEs and start-ups with financial backing will pay rich dividends. The need of the hour is implementation, which the Task Force will ensure.

The present Government has appropriately decided that India must become an exporter of weapons. Currently, we are the world’s topmost importer of weapons and armaments. It is a difficult journey but can be attained by carving our National Security Strategy, providing adequate budgets, making DRDO and DPSU’s deliver as well as create a level playing field for the private sector and holding the hand of MSMEs.

The implementation of the entire defence procedure is weak and suffers from lack of synergy. To bring about coherence there is need for an Export Task Force who will coordinate and accelerate issues to enable design, development, manufacture, equipping our armed forces and enabling exports.

During the 10th DefExpo held from 11 to 14 April 2018, the capability of Indian research establishments and industry was on display. We need the support of the Government as also synergy between the user, developer, public and private industry to transform ourselves from an importer to an exporter. This would require deliberate steps and quick development of the two defence corridors to ensure that we undertake tectonic shifts in our defence industry. With an integrated approach, it would be possible within a decade.