The creation of a Defence Planning Committee (DPC) has drawn a mixed response. Some people have viewed it as the state burial to the concept of Chief of Defence Staff, while others accept that this arrangement would provide the three service chiefs a channel to communicate the issues directly to the Prime Minister through the NSA, without distortion by bureaucrats. The author was the first Deputy Chief (Operations) of HQ Integrated Defence Staff and relies on his experience to evaluate the pros and cons of DPC.

In a recent article in a well-known English daily, 4 April and 4 May were referred to as important landmark dates for the future of theatre commands in India. Since I was the first Deputy Chief (Operations) of the newly created Integrated Defence Headquarters in 2002, I was reminded of two events leading to the creation of theatre Commands in the wake of decisions taken by the Group of Ministers (GoM) under PM Vajpayee. 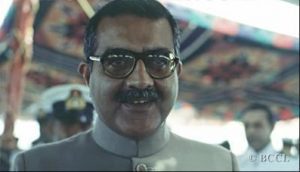 Reforms in MoD were found to be a necessity. Arun Singh, former Rajya Raksha Mantri (RRM) in Rajiv Gandhi’s cabinet, was invited by Jaswant Singh then the officiating RM, to recommend concrete proposals on Defence Management for which a committee was formed. It’s necessary to note that Arun Singh had resigned from the Rajiv Gandhi led Ministry after which he maintained complete silence despite speculations on Bofors and provocations from the media. He retired to the hills near Binsar and refused to be drawn into discussions.

Fortunately for him social media did not exist during that period and more importantly 24/7 electronic media was a rarity. It’s necessary to note that if ever there was an extremely well-informed individual on matters military and the infirmities of the MOD and its warped structure, it was Arun Singh. He had deep knowledge of the budgetary allocation and management of the defence budget with its attendant ramifications on responsibility vs accountability. Later, he headed a study on defence expenditure; a document praised for its innovative solutions.

Drawing from the experience of UK, USA and other democracies where integration of the armed forces was successfully implemented, he Indianised the model to suit the needs of the day. Hence, he was of the view that both C-in-C – AN and SFC need to be created and based on their efficacy, in a period of a few years the other theatre commands should follow. CDS was very much an integral part of the plan. The Integrated Defence Staff (IDS) was to function under the Chief of Defence Staff (CDS).

Based on the feedback received from the Group of Ministers (GOM), the CDS was identified, his residence and office virtually created and even the Guard of Honour for the first CDS was rehearsed. The Cabinet Committee on Security chaired by the PM was to meet to record the final approval for the proposal.

What happened next was mind-boggling. While approving all the proposals, the PM paused at creation of CDS and merely said,” Not now” or the words to that effect.

In the midst of red faces that emerged from the meeting, it was Arun Singh who rushed to save the first step for integration i.e., the IDS. If 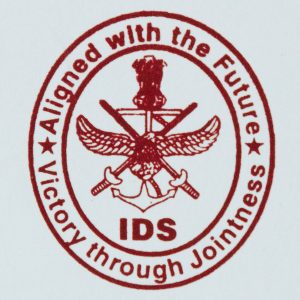 the decision on CDS was to be put on hold, who would IDS report to? If IDS is not in place, who would monitor the functioning of C-in-C – AN? Hence the term CISC was invented on the run. It stood for Chief of Integrated Defence Staff to the Chairman Chief of Staff Committee.

Arun Singh returned to Binsar and the process of integrating not only the MoD with service headquarters but indeed integrating the three services with theatre commands was laid to rest. The last post, however, is yet to be sounded!

It’s in this context that 4 April and 4 May quoted by the reporter need to be viewed. C-in-C – AN after 16 years of creation has now been vested with full financial, administrative and operational powers to effectively run the very first theatre command. It is relevant to note that integration of services and other efficiency-based reforms were always thrust down by the Political leadership and never by the services themselves. The Congress in the USA and Maggie Thatcher in UK are some examples of thrusting integration.

In the instant case, neither the Armed force’s headquarters nor the MoD was keen on losing its turf. None of the Defence Ministers were aware of matters military, its ethos and operational imperatives. The blind led the blind and all concerned were blissful in their respective kingdom. All the committed members who worked on the Arun Singh model retired after the Strategic Forces Command (SFC) was commissioned. Fortunately, the SFC needed a political interface and hence there was no option but to structure the civil-military organisational mechanisms.

From 2004 to 2014 feeble attempts were made to assess the efficacy of the intended integration. The military in India has never been a part of decision making process and even today functions as attached offices of MoD as specified in the business rules of the department. Who then would be able to provide the oversight elements when the MoD continues to be staffed with generalists? The RM relies only on them and the PM over the years has made himself inaccessible to serving Chiefs!

In the above context, the recent decision to create a Defence Planning Committee ought to be assessed for its positive approach. Firstly, an NSA who holds the position of a deputy minister is senior in protocol to the Chiefs. He is also current on national security matters and is closely linked to the PMO apart from accompanying the PM for most strategic discussions related to all aspects of national security. Secondly, the three Chiefs are members of the committee and not observers.

In brief, after the Arun Singh era, when the Chiefs were in direct touch with the Minister; not just the Ministry, this is the very first time that their voices would reach the PM without distortions and interpretations. The RM would be advised on the proceedings as she has to be on board. The bureaucracy loses its ability to intervene or misinterpret the findings of the committee, for they would have to tread on the toes of the NSA. This in my view is the first positive step in reaching out to the beleaguered (pun intended) heads of the services. Yes, it is a bit late in the day but nevertheless a very good beginning. Events of 2019 would decide the rest.

If I were to be asked for just one suggestion, it would be to bring back Arun Singh from Binsar to oversee some critical reforms along with their implementation. Who will bell the cat?