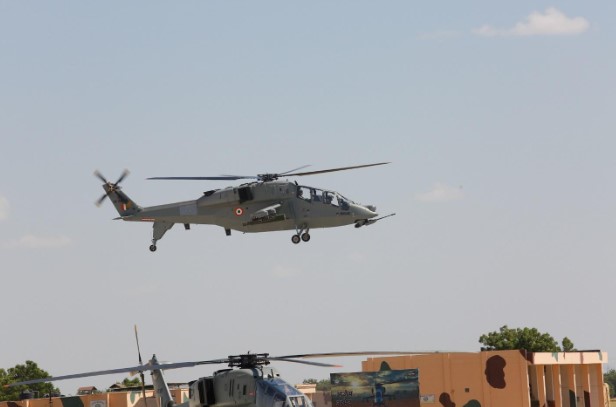 Indian Air Force (IAF) gets Atmanirbhar firepower combat boosts today with the formal induction of the first batch of indigenously designed and developed Light Combat Helicopter (LCH) at a ceremony held in Jodhpur Air Force Station in the presence of Defence Minister Rajnath Singh and Chief of Defence Staff (CDS) General Anil Chauhan and Air Chief Marshal V R Chaudhury. The LCH is the first indigenous Multi-Role Combat Helicopter designed and manufactured by Hindustan Aeronautics Limited (HAL). It has potent ground attack and aerial combat capability. Moreover, it is the only attack helicopter in the world that can operate in Siachen, the world’s highest battlefield.

Naming LCH as “Prachanda”, Rajnath Singh said that its induction is a pointer to the future when IAF will be the topmost force in the world, also making the country fully Atmanirbhar (self-reliant) in defence production requirements adding it is a “momentous occasion” reflecting India’s capability in defence production. 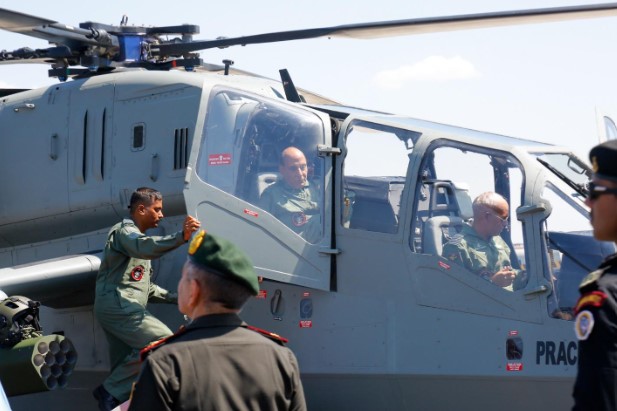 Defence Minister also took a sortie onboard the LCH shortly after its induction into IAF. Rajnath Singh praised the role of IAF in reposing trust and support towards indigenous design and development is evident through the examples such as Marut- Light Combat Aircraft, Akash missile system, Advanced Light Helicopter and the Light Combat Helicopter.

“The induction of LCH underlines that just as the country trusts the Indian Air Force, the IAF equally trusts the indigenous equipment,” he added.
Air Chief Marshall V.R. Chaudhary, Chief of Air Staff, said that induction of LCH adds a unique capability to the IAF’s combat potential. The versatility and offensive potential of the LCH are at par or better than most attack helicopters operating globally. 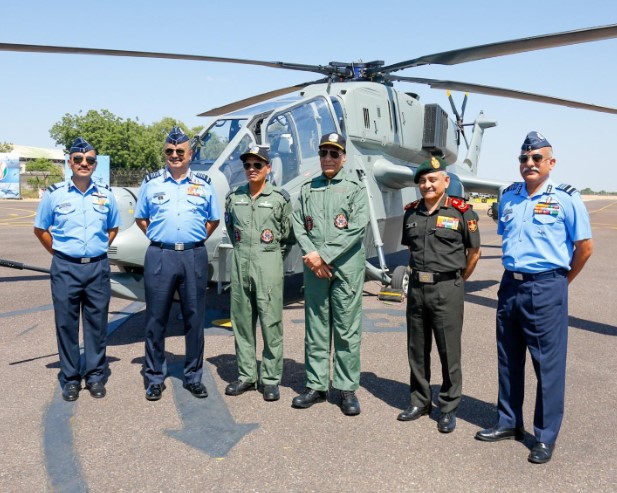 LCH induction marks the culmination of a process that began at the end of the 1999 Kargil conflict. The Kargil War battle reflected the need for an indigenously built helicopter that could carry a sufficient weapons load and operate at the Himalayas’ high altitudes. The LCH fulfils precisely these requirements.

The helicopter possesses modern stealth characteristics, robust armour protection and formidable night attack capability. Onboard advanced navigation systems, guns tailored for close combat, and potent air-to-air missiles make the LCH especially suited for the modern battlefield. Capable of operating from high-altitude terrain and carrying out a precision strike at high-altitude targets, the helicopter is a formidable addition to IAF’s arsenal.

Interestingly, even before the formal induction, the LCH was deployed by the Indian armed forces in eastern Ladakh, where India has been at a stand-off with the Chinese troops for over two years. Powered by two Shakti engines, 20mm turret guns, 70mm rocket systems, and Mistral-2 air-to-air missiles, with a top speed of 330 kmph, the LCH’s induction is another significant moment for India’s indigenous military manufacturing.