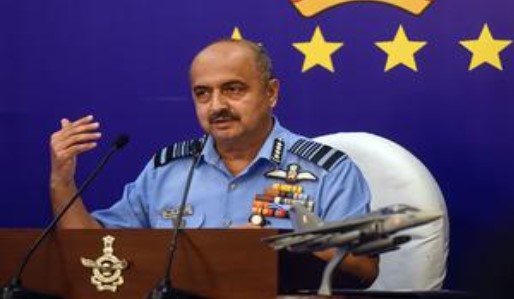 Reiterating the commitment toward building indigenous capabilities, Air Chief Marshal VR Chaudhari, Chief of Air Staff (CAS) said that the Indian Air Force (IAF) is in total sync with the government on self-reliance in defence production.

“We have pushed indigenization for the past few years. We get 62,000 components from the Indian industry and there is no shortage of spares or supplies so far. In the next few years, we are looking forward to inducting LCA Mk 1A, HTT-40 trainers, indigenous weapons, and different radars. The LCH has been inducted into the Air Force yesterday and I am confident that the helicopter will add teeth to the IAF’s strike capability. We are fully committed to the development of LCA Mk 2 and AMCA. The induction of C-295 aircraft is a step in the right direction and will boost the Indian aerospace manufacturing ecosystem,” IAF Chief said while addressing the annual press conference ahead of the 90th Air Force Celebration Day on 8 October in the capital today.

Commenting on the vision of transforming the Indian Air Force into an aerospace force, IAF Chief said “we see space as a natural extension of the air medium and we understand the need for exploiting this domain to the nation’s advantage. Space-based assets significantly enhance the potency of air power and therefore our strategy is to fully integrate our Air and Space capabilities to have a common picture of the aerospace medium and to enable optimum force application”

Theatre Commands: IAF’s doctrinal aspects should not be compromised by new structures

Air Chief Marshal VR Chaudhari made it clear that the Indian Air Force is not opposed to the tri-services theaterisation plan but asserted that the doctrinal aspects of the force should not be compromised by the proposed structures. He informed that the IAF has recently updated and revised its doctrine to keep it relevant, noting that no single service can win wars on its own. He explained that the IAF has reservations about certain aspects of the proposed structures under the tri-services integration process. Still, it supports the overall plan that aims to ensure tri-services synergy.

“Air Power has the unique capability of undertaking independent strategic operations as well as operations coordinated with sister services and other arms of the national security apparatus. We understand the imperativeness of joint planning and execution in future wars and are keen on integrating the efforts of the three services. We believe that the model of integration that we adopt must be future-ready, it must reduce levels of decision-making, and capitalise on the strength of all three services. We need an organisational structure that is best suited for Indian conditions and our geopolitical imperatives,” ACM Chaudhari observed.

With Gen Anil Chauhan taking charge as the new Chief of Defence Staff (CDS), it is expected that the ambitious theaterisation process of the three services will see forward movement. But it needs to take into Indian Air Force’s concerns seriously.

Air Chief Marshal Chaudhari said that even though the force was looking at the quality and technology of fighters, numbers still mattered. He made it clear that there was no question of a review of its sanctioned strength of 42 fighter squadrons, even though its current numbers have fallen to 30.

He said the IAF has already ordered 83 LCA Tejas Mk 1A and plans to place an order for the Tejas Mk 2 as well, besides the indigenous 5th Generation fighter aircraft, both of which are still in the design phase. He said the IAF was keen on the 114 Medium Role Fighter Aircraft (MRFA), for which it was in the process of firming up the technical requirements, following which a “Request for Proposal (RFP)” would be sent out.

However, he said even if the entire planned procurement happened without any glitch or time delays, the IAF might just about reach 35 squadrons, against a sanctioned strength of 42, by 2035-36.