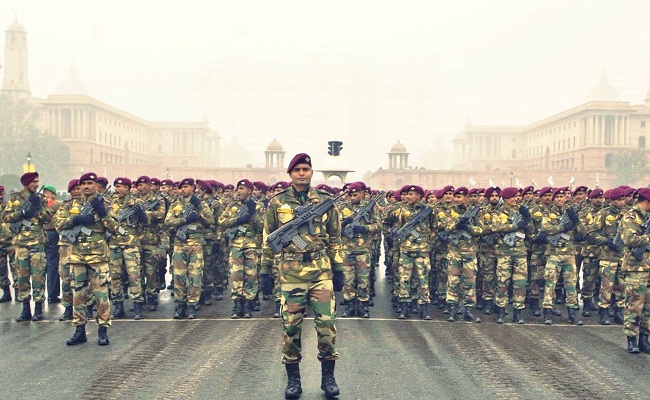 The prospects of conventional warfare in our sub-continent have definitely not receded, however the requirement of preparing ourselves to face cyber threats, information operations, and wars in outer space that may actually precede a conventional war, is definitely increasing. In most such areas we can be found wanting. The slow pace of our decision making has stymied the growth of our capabilities in fighting the battle we are being faced with even today in the information and cyber space. The General, in his article, undertakes a fairly detailed analysis and offers a few facts and options for the discerning reader.

Non Contact Warfare owes its origin to the scare of body bags of soldiers martyred in operations being brought back to a country. This started possibly with the Vietnam War. Technology has impacted warfare ever since its inception. The unacceptability of casualties in the Vietnam War led to path breaking technologies leading to the introduction of three new types of Warfare. These are Information Warfare, Cyber Warfare and Wars in Outer Space. 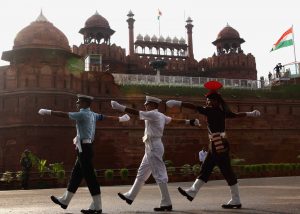 Broadly military operations entail Surveillance to gather Information, Information being converted to Intelligence leading to selection of Targets, manoeuvre to reach the target followed by its engagement and Post Strike Damage Assessment. All these currently entail combatants. The substituting of human beings partially or fully leads to Non Contact Warfare. The Indian Armed Forces are taking baby steps in this direction and it would be pertinent to first analyse the role played by various components and then see its applicability to our environment.

The underlying principal of this type of warfare is to avoid casualties by avoiding physical contact. Overall Non Contact Warfare involves application of the armed forces capabilities in a cohesive manner while ensuring minimum physical contact of forces.

Cyber warfare is currently an integral component of warfare. Information Operations are an essential part of Cyber Operations. As per United States Department of Defence, it constitutes integrated employment of Electronic Warfare (EW), Computer Net Operations, Military Deception, Psychological Operations and Operational Security. It is done in concert with specified supporting and related capabilities to influence, disrupt, correct or usurp adversary’s decision making while protecting our own.

The supporting capabilities are information assurance, physical security, counter surveillance and intelligence capability. In addition to these media, civil military cooperation and military support to public diplomacy are important.

The fire assaults of the Artillery could be directed by Unmanned Aerial Vehicles and they could undertake Post Strike Damage Assessment (PSDA) for any attack by any firepower element. Missiles as also Precision Guided Munitions (PGMs) could be fired at targets acquired by satellites, UAVs and confirmed if possible by agents operating in enemy territory and Post Strike Damage Assessment. As regards Missile Warfare and direct Energy weapons the procedure would be similar to fire assaults. Artificial intelligence particularly robotics would play a major role in Non Contact Warfare. The robots are capable of all aspects of soldiering and in the land theatre with the use of UGVs and in the seas with the help of USVs could perform innumerable tasks in the battle space.

Let us view how Non Contact Warfare would take place in a given set up. Issues explained are at the induction stage in advanced Armed Forces. The first step involves knocking out communication satellites and reconnaissance satellites in outer space. The second could be Information Operations where the objective would be to disorient and confuse the enemy by interfering with the power grid and false feeds. This could be followed by a shower of artillery and missiles. Finally robots landing in an unmanned helicopter to undertake ground fighting and capture of the objectives. Once this is accomplished Ground troops move in to secure the area by linking up.

Tom Bachelor in an article in the Sunday Express (express.co.uk) of 20 October, 2016 states that that the United States will have more ROBOT soldiers than humans by 2025. In this article he quotes John Basset who worked for the British agency GCHQ that the United States was planning to employ thousands of robots by 2025. The combat robots can drive themselves and can perform the tasks of human soldiers. Robotic equipment is already being used by the United States Navy and Air Force in the form of UAVs, UCAVs and autonomous ships.

In April 2016 robotic warfare took a major leap forward after the US Navy launched its very first self piloting ship designed to hunt enemy submarines. The 132 ft (40 metres) long prototype, dubbed the Sea Hunter, is designed to cruise on the ocean’s surface for two or three months at a time –without a crew or anyone controlling it remotely. The world is today considering a robotic Revolution in the Armed Forces. There is a clear thought to robotics being involved in manoeuvre and Fire power.

The United States Defence Advanced Research Projects Agency (DARPA) has recognised Cyberspace as a critical domain of operations by the armed forces and its protection as a critical issue. Plan X of DARPA is a foundational Cyber Warfare programme to develop platforms for the armed forces to conduct cyber warfare in a manner similar to kinetic warfare. This has resulted in Cyber Warfare being recognised as a potent form of combat. 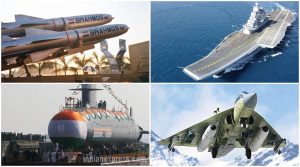 The spring 2014 issue of Scholar Warrior covers pertinent issues regarding Indian capabilities in the field of Non Contact Warfare. India has reasonable capabilities in the domain of Non Contact warfare. However, there is a need to improve synergy between the Government and the three Services. It is pertinent to note that great strides have been taken in the development of indigenous capability of Electronic Warfare equipment and radars.

The capabilities extend to design, manufacture, testing and deployment. We have creditably performed in the field of Psychological Operations with respect to our insurgencies in Jammu and Kashmir as also the North Eastern states. However, with regard to Computer Net Operations and Operational Security there are serious shortcomings. These pertain to lack of synergy between various Government agencies, absence of joint planning, inability to manufacture own chips and indigenous operating software as also lack of skilled manpower in different disciplines and language experts.

With regard to Information and Communications Technology (ICT) our country and its armed forces have a very well developed ICT and media infrastructure. It is pertinent to note that internet penetration is one of the highest in the World. Our country is in the process of establishing a broad band net work for e governance. It is also developing physical infrastructure for this purpose which makes it vulnerable to physical and cyber attacks.

All this makes Cyber Security very important. The Government has drawn a Comprehensive Security policy in 2013. Various organisations have been assigned tasks but the practical applications still remain marginal. The armed forces have made a proposal of setting up a Cyber Command which remains in the processing stages. The ingredients of this policy include various functions as listed below:-

· The second aspect pertains to standardisation testing and quality certification under the Department of Information Technology which provides assurance services for software quality testing, information security and service management.

· The National Association of Software and Services Companies (NASSCOM), a Data Security Council has been set up with a mandate to involve the private sector in the area of cyber security.

· The responsibility for offensive Cyber capability has been given to National Technical Research Organisation (NTRO) along with the Armed Forces.

· To protect Information, communications technology infrastructure a National Critical Information Infrastructure Protection Centre (NCIPC) is being set up along with a centralised command centre.

· A National Cyber Coordination Centre has been established.

Overall the implementation is slow. The legal framework of IT Act 2008 exists but there is low availability of security and language experts. A force of 7500 is to be employed in this field against strength of 193000 in China.

The Armed Forces and the nation have taken a few steps in the field of C4I2SR. Satellites, Aerostats, UAVs, Electronic Intelligence (ELINT) and Signals Intelligence (SIGINT) assets, P-8i long range maritime surveillance aircraft along with Indian Regional Navigation Satellites (IRNS) have provided the Indian Armed Forces with a reasonable degree of transparency.

The area we are comfortable is the field of fire Assaults and missile warfare. The UAV can provide target inputs as also correct fire assaults and missiles engaging targets. Targets can be decimated by these techniques and all that we need is an additional inventory of UCAVs, PGMs and Direct Energy Weapons. Both these equipment will assist our armed forces in undertaking destruction of targets with ease and comfort. Overall firepower in the Indian context is possible with no contact with the enemy.

Robotics is an extremely important aspect of Non Contact Warfare. Centre for Artificial Intelligence and Robotics (CAIR) of DRDO has developed a few robots which have passed developmental trials. The progress in this area is very little. There is a need to undertake co development with foreign countries to make state of the art robots that can provide surveillance and undertake combat operations. All this will enable us to undertake Non Contact Fire with skill and dexterity paving the way for victory. 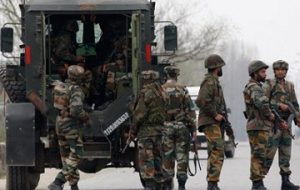 Non Contact Warfare is a modern tool to paralyse adversaries without getting physically involved. In the current environment where wars are not formally declared and human casualties have to be explained Non Contact Warfare becomes important. It gets closely linked to Non Traditional Warfare which impacts, health, economy and Climate. However, as on date Conventional Warfare still remains the main focus of our operations.