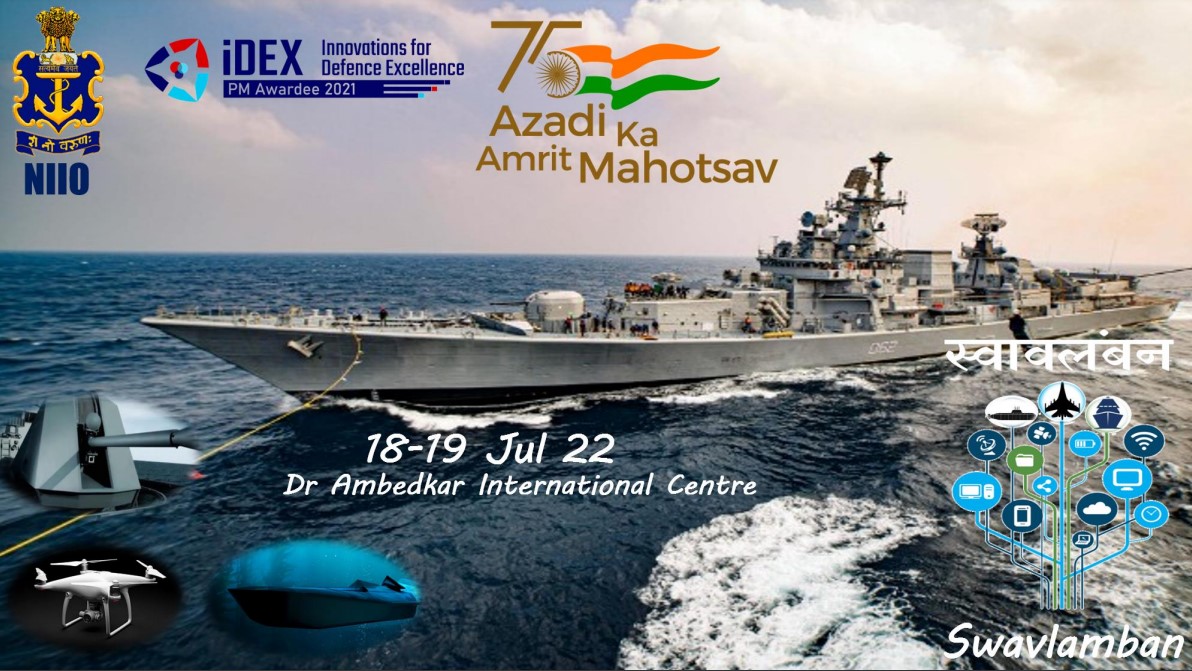 In a bid to showcase the growing strength of indigenous defence manufacturing and progress towards the goal of ‘atmnanirbharta’ (self-reliance), the Indian Navy is going to unveil a roadmap to develop more than 75 new technologies and products at a two-day conclave called ‘Swavlamban 2022’ later this month in New Delhi.

Foreign defence attaches of around 25 countries of the Indian Ocean Region (IOR) littoral states have been invited to offer them solutions to their security requirements in the event scheduled to be held on 18-19 July. A significant number of Indian defence attaches posted in countries with whom India has strong maritime cooperation are also attending the conclave to highlight the capability of India’s defence manufacturing to these countries.

Vice Chief of Naval Staff (VCNS) Vice Admiral SN Ghormade on Monday at a media briefing said “the unclassified version of the ‘Unmanned Roadmap’ will be unveiled during the event. This has been made specifically for the industry and gives the complete details of planned inductions along with timelines so that the industry knows where to focus their R&D efforts, and both sides can enhance collaboration in developing various systems and equipment required by the force”.

This event is planned to be a part of the ‘Azadi ka Amrit Mahotsav’ to celebrate the 75th year of independence. “A Memorandum of Understanding (MoU) has been signed between the Defence Innovation Organisation (DIO) and the Naval Innovation and Indigenisation Organisation (NIIO) to work on a collaborative project named SPRINT (Supporting Pole-Vaulting in Research & Development) through Innovations for Defence Excellence (iDEX) and Technology Development Acceleration Cell (TDAC),” informed Indian Navy.

“This endeavour is not about only a few products or even 75 products being launched. The vision of NIIO is much larger than that. We are actually trying to create an ecosystem and culture of innovation,” Vice Admiral Ghormade said.

Ghormade said the Navy has always believed in the idea of ‘Atmanirbhar Bharat’ (self-reliant India). Its commitment to indigenous platforms over the years has not only helped the Navy meet its own requirements but also contributed to the national GDP in a major way,” and added that “it has created hundreds of thousands of jobs and given a boost not only to shipbuilding but also to ancillary industries and MSMEs”.

“The fact that we are today designing and constructing complex warships including an aircraft carrier and nuclear submarines, which very few countries have achieved, bears testimony to the long-term vision of the Navy,” the VCNS added while exuding confidence that the indigenous naval industry can chart out such an ambitious plan.

It is a three-tiered mechanism and is headed by the Vice Chief of Naval Staff. At the top level, the Naval Technology Acceleration Council (NTAC) has been set up. NTAC will bring together the two aspects of innovation and indigenisation and enhance war fighting capabilities to help in speeding up the induction of disruptive combat technology into the Navy.

There is another body called ‘Technology Development Acceleration Cell which is a dedicated organisation that focuses on innovation. Its role is to interact with industry and academia and to channel in-house innovations by naval personnel.

The two-day event is being organised to ensure deeper convergence among various stakeholders involved in the Indian defence manufacturing sector and highlight India’s growing stature as a reliable supplier of defence equipment to the friendly countries in the Indian Ocean region.