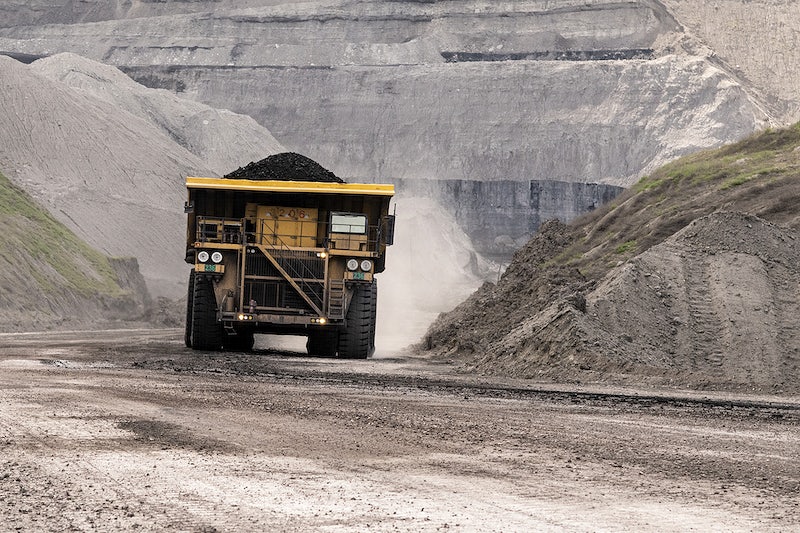 The availability of rare earth metals in limited quantities and very few countries empower nations with comparatively larger reserves to use it as a weapon of strategic import. The Chinese are in the driver’s seat currently. India has considerable potential to extract these rare metals and dilute the Chinese strategic advantage in this sector.

The Indian bid for Atmanirbharta (self-reliance) has been transformed from a dream to a policy. In approach, the policy has been top-down instead of bottom-up. It means that while the final products are “Made in India”, it might still carry imported goods. The first indigenous aircraft carrier, INS Vikrant, notably has about 76 per cent of indigenised content. It relies on imports and foreign OEMs for critical components like marine engines.

With end product strides in indigenisation, there has been a sustained change in industry sentiment wherein it continues to recognise it as a well-tailored policy. However, to benefit the larger economy, the policy must shift to a bottom-up approach to eliminate bottlenecks. For example, during the pandemic, the world hailed the Indian pharmaceutical industry’s ability, while the supply chain got disrupted due to dependence on China for Active Pharmaceutical Ingredients (APIs).

It is opportune to take a page out of China’s playbook to actively bring ‘Rare Earth Metals’ into the fold of Atmamirbharta policy.

The World Goes Round, Thanks to Rare Earth Metals

When the rare earth metals are named cerium, dysprosium, erbium, europium, gadolinium, holmium, lanthanum, lutetium, neodymium, praseodymium, promethium, samarium, scandium, terbium, thulium, ytterbium, and yttrium, one is not at fault for not knowing their importance in today’s world. However, rare earth metals are ubiquitous in use, from the glass industry to permanent magnets. These magnets are found in every audio device: speakers, headphones, mobile phones, and radios. Beyond this, these magnets are a core component of electric turbines, generators, screens, and air defence systems.

An American government think tank admitted publicly that an F-35 combat aircraft requires about 420 kg of rare earth metals. The Arleigh Burke DDG-51 destroyer requires about 2,300 kg and about 4,200kg for the SSN-774 Virginia-class submarine.

Every modern device has some quantity of rare earth metals, be it consumer or defence. Moreover, this breadth of application is why whoever controls the supply exercises an influence globally. Rare Earth metals have been an issue of contention between China and the US. China had already weaponised its dominant market position when Chinese trawlers collided with the Japanese Coast Guard near the Senkaku island. China reduced the export quota for Japanese automakers and electronics manufacturers, which felt a sudden impact due to such a supply chain disruption.

The global reserves are estimated to be about 120 million tonnes, spread across China, the USA, Australia, Brazil, Burundi, India, Malaysia, Myanmar, Russia, Thailand, and Vietnam. Until the 1980s, the USA was the largest producer. After that, China planned a comprehensive roadmap to exploit its reserves. Today, it accounts for over 90 per cent of the world’s production.

After securing its position as the market leader, China has begun maturing its national refineries. Recently, Chinese metallurgical researchers published a paper on a new method for refining rare earth metals. It betters the primary challenge that rare earth metals pose and why they are called ‘rare’. The ‘rare’ moniker has been accorded to indicate the difficulty in isolating these metals. They exclusively occur as complex compounds.

The traditional method requires ammonium sulphate as a leaching agent and ammonium bicarbonate to remove impurities. These environmentally harmful chemicals are the most significant challenge for rare earth metallurgy. The recent Chinese solution follows the suit of galvanisation and employs electricity and ions for leaching rare earth metals. Further, this method reported a higher recovery rate at a faster pace. The 36 per cent higher recovery rate was achieved almost half the time.

As global demand ramps up, China has increased the mining quota for the fifth year in a row by 25 per cent. In an attempt to further its dominant position, China is pumping investments into Africa to mine rare earth elements. North American producers of critical minerals estimate that China could halt its exports to the region in the event of a war. The demand and indigenous supply are skewed to the point where the American stockpile would be exhausted in merely 90 days.

Out of the 120 million tonnes of global reserves, India boasts 6.9 million tonnes. While it is paltry compared to 44 million tonnes of Chinese reserves, it is enough to make India self-reliant. However, India remains 100 per cent import dependent on rare earth metals. India has taken cognisance of the challenges posed by this peculiarity. Critical minerals have formed the basis of the QUAD members (India, the US, Japan, and Australia) with the QUAD Critical and Emerging Technology Working Group.

A group of predominantly Western nations have also formed the Minerals Security Partnership (MSP), including the QUAD members, except for India. The group will serve to funnel investments towards the development of strategic opportunities.

If India’s import addiction continues, it will be at the behest of a select few countries to achieve its green goals, including energy transition to electric vehicles.

Self Sufficiency to Global Player: Roadmap for Rare Metals in India

India must envision a role similar to its position in the oil refinery industry for rare earth elements. India is the fourth largest oil refining hub despite high dependence on crude oil imports. Moreover, this is a relatively new feat. Until 2001, India experienced a deficit in this sector. Today, India is self-sufficient and, with 248.9 million metric tonnes per annum of output, also is a major exporter of quality petroleum products.

With rare earth metals, India is blessed with domestic reserves. However, the focus on investing in quality processing, as with crude oil, can propel India as a favourable partner. Even the US has been unable to process its domestic supply at a rate that eliminates imports from China. With India as an option, countries like the US, Australia and Japan will move to diversify their supply of processed rare earth elements. India is seemingly into pursuing it.

In a report titled “Reinvigorating India’s Engagements with Southern Africa”, India’s Exim Bank pressed for India to leverage Africa as a source of critical minerals. Currently, most African countries rich in resources need proper entities for exploration and extraction activities. India’s investment in the sector can secure a supply of mineral ores which can be processed domestically.

India’s primary concern should be technological advancements. The lack of expertise can reason for India’s exclusion from the MSP to offer other members. Other countries with high reserves, like Canada and Australia, also bring expertise in exploration and mining. Other members, like Japan, bring processing prowess. India must leverage its ties with friendly nations like Australia and Japan (both members of the QUAD) to kickstart exploration, mining and processing. With processing being a bottleneck for even the US, India must build itself to be the processing hub for all countries looking for an alternative to China.

As India diversifies its supply, simultaneous development of a domestic processing industry is a must. Such a shift in the global market could be the poster story of Atmanirbharta’s policies. Rare earth metals can truly imbibe the clarion call, “Make in India for the World”.