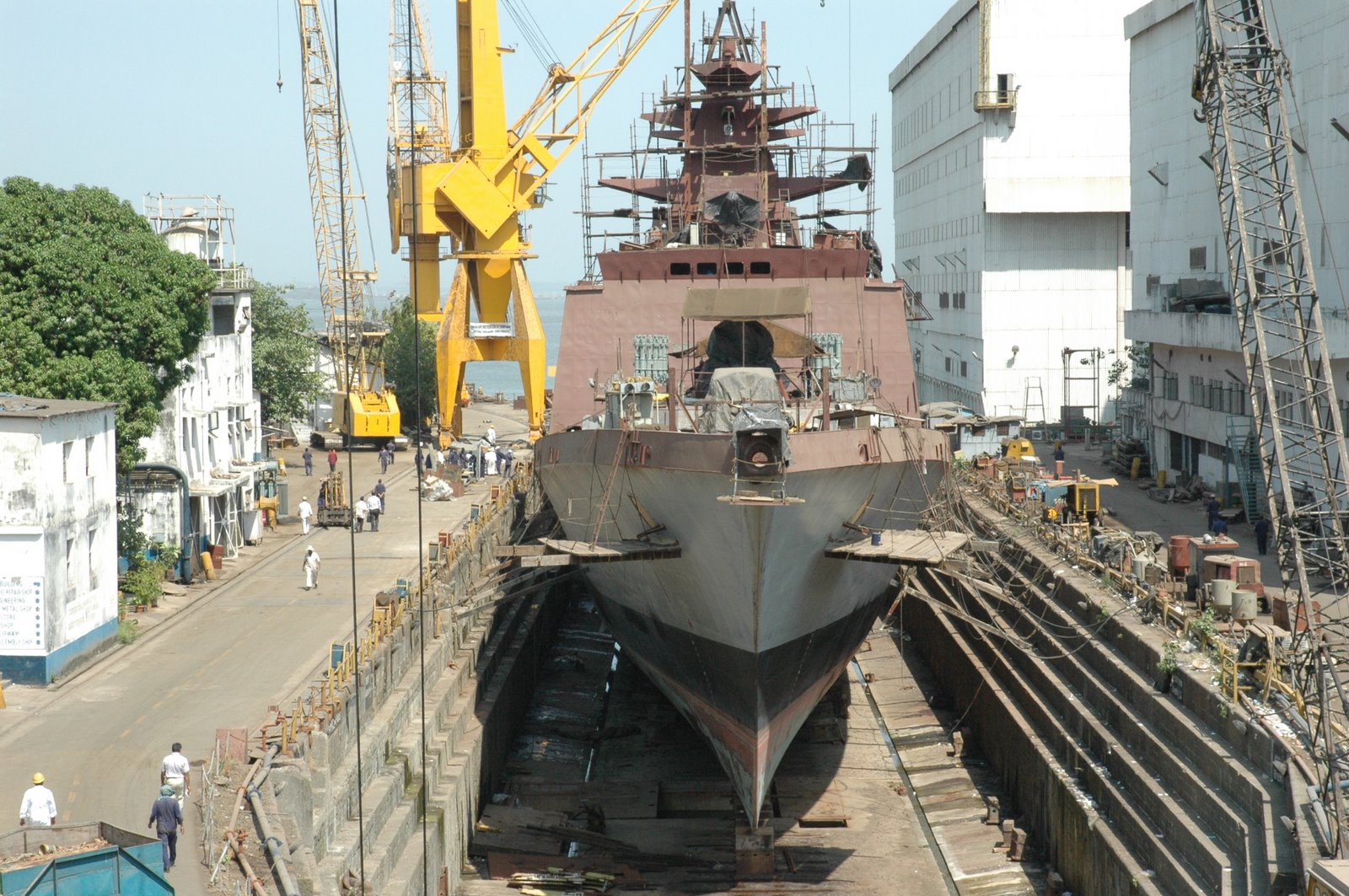 India is a country with a rich maritime tradition spanning over 4,000 years. This maritime tradition is deeply imbued in the psyche of our coastal population and manifests itself in their customs and practices. The Indus Valley Civilisation was known to use boats and sail ships around 3000 BC. This art of manufacturing boats started to fade when the Mughals invaded our country. Moreover, they could never be revived, courtesy of colonial rule after that. For a country that is predominantly peninsular in nature with a coastline of 7516.5 km and 1197 islands, India’s shipbuilding capabilities have not kept pace with its economic development, market demand and human resource potential. There is a need for this to be addressed expeditiously to ensure our economic potential and national security are not impacted.

The Indian shipbuilding industry mainly centres on 27 shipyards comprising eight public and 19 private sector shipyards. Further, it is essential to understand that shipbuilding is complex and has many players and variables. Building a ship starts with fabricating the ship’s hull in a dry dock or a launch way and outfitting it with various equipment and systems in outfitting basins. It requires around 300-400 types of raw materials and equipment, which vary based on the type of ship. In terms of cost, the value of all the raw material and equipment would be around 60-70 per cent of the total cost of the vessel. A shipbuilder must procure these raw materials and equipment from various industries; therefore, a shipyard is a crucial enabler for ancillary/small industries. 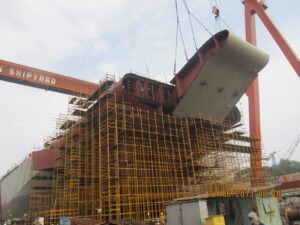 With the potential of India as a shipbuilding nation and the economic benefits of a robust shipbuilding industry, a conducive policy framework and institutional support systems would help India’s endeavours to emerge as a vibrant shipbuilding nation. Accord of strategic status by extending incentives like tax exemption on the import of equipment and spares, construction, expansion, upgrade, and modernisation could be considered. Further, the subsidy scheme needs to be extended for at least ten years so that Indian shipbuilding fully establishes itself in the global arena. It needs to be concurrently backed up by the setting up of shipbuilding ancillary industrial clusters in the vicinity of the shipyards. It will facilitate the Indian shipyards having the option of sourcing raw materials from the most cost-competitive vendor.

The industry is currently subject to multiple checks and clearances from central and state governments. All clearances must be established through a single window system, including but not restricted to the environment, allocation of land and its development, power and water, and security clearance of the location. Setting up a specialised financing institution/marine finance scheme could also provide a much-needed boost to the shipbuilding industry. Further, joint ventures with major shipbuilding companies/shipyards need to be explored and implemented on a fast-track basis to upgrade the shipbuilding industry’s technology. 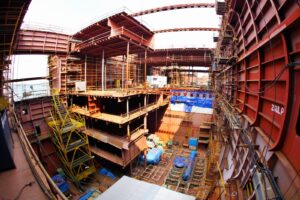 The shipbuilding industry has distinctive features compared to other industries in the country. It is unique because it must sell first and construct later, unlike the auto industry, where one manufactures first and sells later. Further, shipyards get orders only if they are credible (deliver quality ships on time), and they can be credible only after successfully executing consistently under international competition. Further, it must be globally competitive against the best yards in the world. Unfortunately, shipyards face very stiff taxes, tariffs, duties, and financing charges compared to foreign yards. Unlike other manufacturing industries, the product takes years to deliver and requires high-cost finances over a long period. It weakens the competitiveness of the industry.

The shipbuilding industry can improve a nation’s economy only with a high volume of shipbuilding output and sourcing the raw material indigenously. Towards this, a favourable economic ecosystem is essential. In addition to the measures highlighted above that must be put in place/implemented by the governments at both the centre and states, the shipyards also need to perform to the best of their ability to deliver quality ships on time that will bring in more orders. It must be an all-hands effort that will provide the required boost and make the Indian Shipbuilding Industry relevant for nation-building.