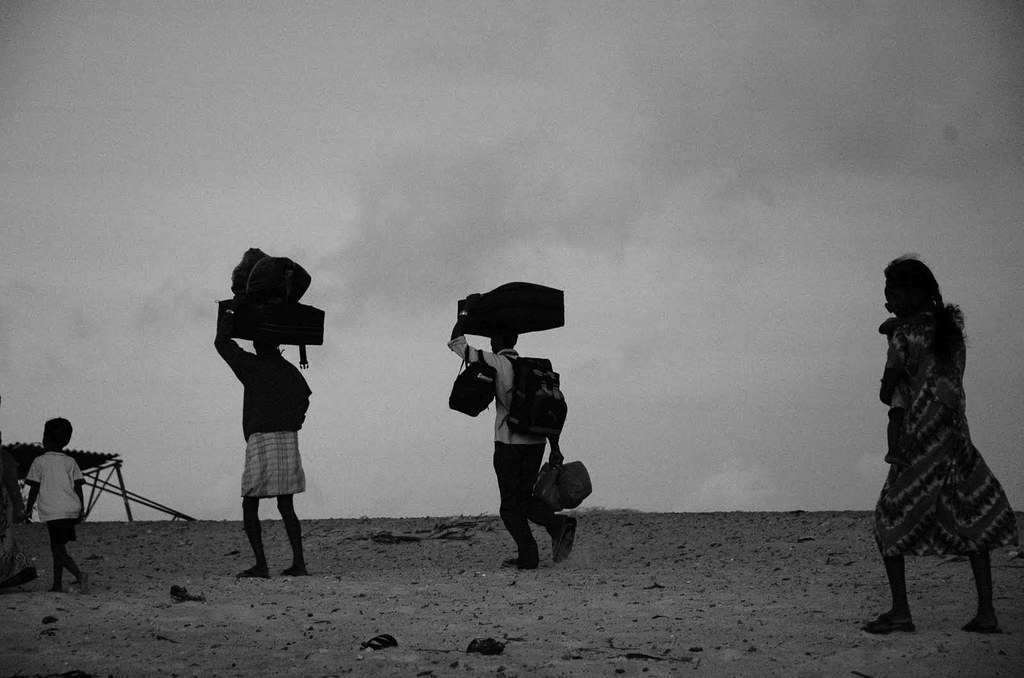 India will emerge as a preferred destination for people of neighbourhood countries if they are forced to find refuge in other countries. We have continually faced such a problem but somehow shied away from proper legal frameworks to deal with it. The author analyses the issues involved and the need for a legal framework.

According to UNHCR, a refugee in simplistic terms is someone who has been forced to flee his or her country because of persecution, war or violence. Unfortunately, in India, a refugee is often confused with an illegal migrant and is largely seen as an unnecessary burden on the country. Amongst the liberal democracies of the world, India is one of the few countries today that is not part of the 1951 UN Refugee Convention and its revised 1967 Protocol. In addition, the country also has no Refugee law in place (domestically or internationally) and only relies on The Foreigners Act, 1946 and the Passport (Entry into India) Act 1920 to deal with refugees. It is problematic because not only do these laws largely fail to address the problems of refugees as a growing category of people in the world but they also fail to acknowledge their harrowing experiences that call for sensitivity in their handling.

Geographically, India is surrounded by eight countries each burdened with substantial domestic issues leading to the generation of a large number of refugees, with India often becoming their destination. Ever since its independence, India has received refugees not only from some of its neighbouring countries but also from Afghanistan, Iran, Iraq, Somalia, Sudan and Uganda. Yet strangely, the country still lacks specific laws and infrastructure for refugees considering it is home to almost 300,000 of them today.

Since current Indian law does not properly define a refugee or any other form of an asylum seeker, the government can identify all categories of displaced persons under the wide umbrella of “illegal migrants”. It was precisely the case during the Rohingya crisis. Despite the UNHCR verifying a hundred refugees, the Indian administration chose to deal with them as trespassers under the Foreigners Act or the Indian Passport Act. As a result, ad-hocism drives the government’s actions today as cases for refugee status are only progressed on a case by case basis. This lack of a proper legal framework eventually allows discrimination by being selective in receiving refugees of diverse cultures and faith. Hence, while India is known in the world for being a multicultural hub, such biased actions erode its global status as a secular nation.

Historically, India has indeed been generous in absorbing foreigners, however, it is also guilty of selective recognition of refugees over the years. India offered refuge to the Zoroastrian community when they faced religious persecution by Iran in the 1400s. However, while the Tibetan refugees were allowed to live and form a government in exile in India at Dharamshala, the same cannot be said for the Tamilian influx post the Sri Lankan civil war and of course the Rohingya Muslims who despite having been termed as one of the most persecuted minorities in the world, still struggle to gain refugee status in India. Perhaps, why B.S. Chimni, a renowned academic and legal expert on International Refugee Law, has termed the arbitrary Indian asylum policy one of “strategic ambiguity”.

Moreover, considering the northeastern states of India share a 1600 km porous land border with Myanmar, the seven sisters have been prone to receiving refugees for years, a reason by itself for the country to have formulated a viable refugee policy for better administration. Unfortunately, the state governments have no power to grant refugee status to a person in India. While law and order is a state subject and it is the state administration that bear the major grunt of the refugee problem in India, all policies governing refugees are laid down by the Union government.

However, it has not stopped states like Manipur and Mizoram (prone to receiving the major chunk of the refugee influx) to speak against this policy. While the central government wants these states to push back refugees and maintain a strong vigil force on the borders, the shared cultural and familial ties on both sides of the border have led to these states differing.
Post the military coup in Myanmar in February 2021, tensions escalated further, and a total of 700 people entered Mizoram. These people were no different to the Rohingyas on paper, who had also fled due to the Myanmarese army’s persecution. However, a vital difference is that Myanmar accepts one lot as citizens while it rejects Rohingyas, who are left stateless.

It is an issue because legal deportation from India, which New Delhi has been trying to achieve, requires the recipient country to accept the refugee as its citizen, according to the Foreigners Act 1946. Moreover, if India is to send back Rohingya refugees to Myanmar, it would go against the principle of “non-refoulement” which proscribes individuals being returned to a country where they could face a threat of persecution. It will also violate other international treaties such as the International Covenant on Civil and Political Rights and the UN Convention Against Torture (UNCAT) to which India is a signatory. In addition, this action also greatly contradicts India’s statement at the UN in 2018 when it advocated for these principles to be guarded.

Thus, formulating a refugee law will undoubtedly ameliorate our concerns regarding the constant refugee influx in the country. Considering the recent developments along India’s northeastern border, this need has become more pressing than ever. Therefore, a proper refugee law in place would not only save money in contrast to a National Register of Citizens (NRC) but would also help categorise the thousands of refugees already living in the country from other different kinds of displaced persons like undocumented migrants and economic migrants. It would help vulnerable people who need refuge in India, get citizenship, while at the same time, aid in recognizing any person having any links with any terror outfit.

Currently, with the lack of specific legislature, refugees are forced to be compliant with existing Indian laws like the Criminal Procedure Code, The Indian Penal Code, etc. However, if these people are to follow the same laws as Indian citizens do, there is a case for them to have the same rights as an average Indian citizen. Only a fraction of refugees in India have gained an official refugee status via government channels or been rehabilitated or found employment.

Considering that the geographical location of the country has always made it prone to receiving refugees and will only be receiving more in the years to come, India must enact a specific law for refugees that are equipped to deal with their grievances. Rather than relying on the Foreigners Act, it must have a specific legislature to not only guarantee proper rights but also prevent any case of refoulement and arbitrary detention of refugees.

In addition, New Delhi could also do well with an emphasis on a more rights-based approach rather than a charity-based approach in the context of refugees. Smart or not, India has always advocated the principle of “vasudhaiva kutumbakama” (the world is one family) and welcomed people cutting across caste and religion even when it was a strain on her economy. Hence, it must not back down now when these destitute vulnerable people need asylum.

The proposed law could even enable New Delhi to partner with the UNHCR and build a stronger relationship with the organisation to facilitate the administration of refugees and work together not only on the security front but also along the lines of economic protection of these displaced people. The UNHCR could also help India in training a special task force that works well not only on the ground to do research and fieldwork but is also well versed in interpersonal skills, to deal with disturbed people living on the brink. Eventually, such a partnership would lead to benefits like better management, reducing the financial burden and lastly an opportunity to learn and hone existing methods of administration from an organisation that is adept at dealing with such specific scenarios.

After all, a national security risk only exists in the country today because we as a nation lack a law that can help guide us through these muddy waters. Swift administration has never been our strong suit but times can change if we will it to be so. Transparency, clarity and coherence would not only take us a long way but also help persecuted people build the safe life that they deserve. Hence, a humanitarian crisis needs to be dealt with like a humanitarian crisis and India needs to understand that this is a front it cannot ignore for long.