The need to indigenise defence production by a country which is the world’s largest importer of weapons is barely an argument that could be a subject of debate. In the last few years policies have been reframed, incentives provided and the three services have put in place the wherewith all accelerate indigenisation. The author examines the current status and provides a few avenues to progress India’s quest in this area.

It would be prudent to start with the Light Combat Aircraft Tejas which despite induction has yet to get its Final Operational Clearance. The First Series production of the LCA Tejas has been handed over to the Chief of Air Staff by the Raksha Mantri on 17th January 2015. The following are some of the reasons for the delay in completion of LCA project:-

The above issues spell out the difficulties involved in indigenous production. It is important to note the need for technology to produce equipment indigenously. Further, even if a country receives technology, there must be the capability to absorb it. These aspects need knowledge, skill and dexterity.

The next aspect that would merit attention is the Self Reliance Index (SRI) which may be defined as the ratio of indigenous content of defence procurements to the total expenditure in a financial year is at an extremely low figure of 0.3. In 1992, Shri Abdul Kalam, then Scientific Advisor to the Raksha Mantri, constituted a Self Reliance Review Committee to formulate a 10 year long-term plan to enhance the SRI to 0.7 by 2005. This would have resulted in the content in import of defence procurements be brought down to 30 percent or less. Incidentally, this was the only occasion that an effort was made to enhance the SRI. Hereafter, the SRI has possibly not fallen below 0.3. Indigenisation was initially the primary function of the Department of Defence Production and Directorate General of Quality Assurance (DGQA). However, the responsibility has since been transferred to Ordnance Factory Board (OFB) and the three Services. Each Service has a dedicated Directorate of Indigenisation. It is interesting to note that the three Services even formulated a well-articulated 15 years Perspective Plan for Indigenisation.

Overall, tremendous scope exists for indigenous manufacture of aircraft, ships, tanks, Guns, Rockets, Missiles, Unmanned Systems and Robotics for the Indian Armed Forces. The inventory being large there is ample scope for both the private and the public sector to set up their manufacturing setups.

How do we indigenise?

Defence Procurement Procedure (DPP) 2016 has numerous steps, which begins with a Service Qualitative Requirement (SQR) and ends with the finalisation of contract for the equipment. The DPP was first issued in 2002 and the mother document has been modified eight times, the last was issued in March 2016. The essential aspects are as follows:-

While the DPP 2016 supports Indigenisation, the main issue why defence industry heavily leans on imports is the absence of critical technologies and lack of capability to absorb them. No country parts with technology. Technology is developed when there is a strategic need or there is a very heavy demand. Technology has been successfully developed in two departments; Indian Space Research Organisation and Atomic Energy Department, where our country has been able to demonstrate state of the art capability. In the defence field, the Defence Research Development Organisation (DRDO), OFB   and DPSUs have failed to develop state of the art technologies needed for manufacture of high tech weapons. The performance of these organisations is good when they are assisted by foreign Original Equipment Manufacturers. By themselves they have not demonstrated any initiative despite heavy funding. They have the Know How but not the Know Why. The answer lies in permitting the private sector to enter the fray and use laboratories and research facilities of DRDO, OFB and DPSUs on a public-private partnership to develop products which would be comparable to global standards.

Technology would enter the defence field once a level playing field is created for the private player. The private player would invest based on realistic returns. World over high end research has been obtained as a result of the skills of Micro, Small and Medium Industries (MSMEs). About 6000 MSMEs operate across the country supplying the components and sub-assemblies to DPSUs, OFB, DRDO and private players. The Government of India needs to encourage developing clusters with a view to integrate dispersed MSMEs into the supply chain of major programmes right from the very beginning.

The next aspect relates to skill development. There is a need for better training and education infrastructure with a policy to build an 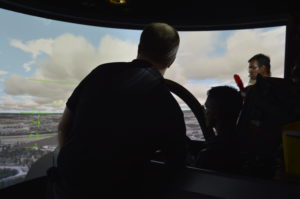 industry-academia ecosystem to tap the huge employment potential in the industry. The educational infrastructure needs to be put in place. The Ministry of Defence can have a tie up with engineering colleges to include aspects of aerospace, shipping., metallurgy, barrel construction, missile technology and defence electronics to include radars, communication devices and night vision equipment.  Skill development is crucial for achieving self-reliance in defence production. With an urgent requirement for maintaining brisk production there is an urgent requirement to upgrade existing facilities at training and skill centres to produce technically sound personnel. The National Skill Development Council has harnessed improvements through a private-public partnership but the same needs to be enhanced

Technology needs investment. In consonance with this requirement Foreign Direct Investment (FDI) has been permitted in the defence sector. Currently, FDI allowed is 100 percent with Government approval. As per the draft Defence Production Policy 2018, up to 74 percent in automatic route will be permitted in niche technology areas. 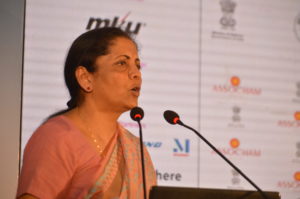 A draft Defence Production Policy is ready which could be released shortly. The Government is looking at achieving a turnover of Rs 170,000 crores in military goods and services by 2025. There are 13 military platforms and weapon systems which will be manufactured in India. These are fighter aircraft, helicopters, warships, combat vehicles, missile systems, gun systems, small arms, ammunition, explosives, surveillance systems, electronic warfare systems and night fighting enablers, among others. India aims to be one of the top five manufacturers of military equipment and platforms in the next decade and would also export to other friendly countries.

The Draft Defence Policy is definitely setting challenging goals.  An analysis throws up the following issues:-

What we need to do?

The answer is simple. Kindly emulate Pinaka, BrahMos, ATAGs, Dhanush and K 9 Vajra as also other Make projects like our strategic assets. These would give us the way forward to manufacture products which can cater for our forces as also are exported to foreign countries.