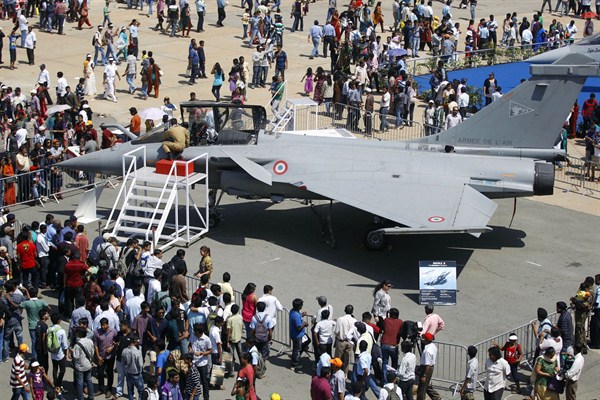 Defence procurement remains a difficult arena fraught with risks of deals being cancelled after much of the processing has already been undertaken. The deals are often large and can at times make or break a company. The reasons for cancellation of tenders at a late stage are also varied. The author attempts to analyse the main causes of such disruptions that have a detrimental effect on military modernisation.

India has over the decades modernised its military primarily by importing hardware. It has been the largest importer of military hardware. Government policies have restricted the private sector from entering the market. The Defence Research and Development Organisation has barely any successes to boast of except in the areas of missiles and space. Dependence on imports has thus been the rule inevitably resorted to.

The international armament market is a competitive one, fuelled by increasing distrust between nations and enhanced possibilities of confrontations. The market’s competitiveness and desire for profits breeds manufacturers unscrupulous in their dealings. A large number of manufacturers would adopt any means, legal or in the grey zone, to ensure their products are accepted. Employing middle men, whose primary task is to interact with concerned officials, plant positive inputs about their products by inviting those who make the final choices, either to the manufacturing plants or to costly social events. Kickbacks, as a policy, is well entrenched. 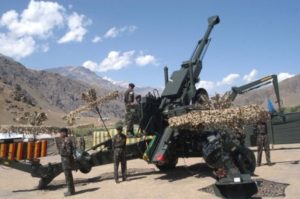 A single big order of a product can make or break a company. India, along with the induction of the Bofors, also ordered 99 Position Azimuth Determining Systems (PADS). PADS were necessary to accurately fix the location of the guns when deployed, thus enhancing lethality of fire power. The order saved the company, which was headed for a closure. Similarly, in the present environment, the battle for the ‘make in India’ fighter aircraft has top diplomatic personalities from manufacturing nations, visiting India, seeking to influence decision makers.

The Indian armed forces have a system of in-depth scrutiny of any product they seek to procure. Trials are conducted in every type of terrain and weather conditions. Each equipment is put through rigorous trials. In one case, a manufacturer’s representative even remarked that the Indian trial report is a document in demand, even if the equipment is rejected. The document alone can enhance sales in various parts of the globe after rectifying the suggestions made during trials.

The duration between trials, evaluation, negotiations, final orders and delivery can spread over a couple of years; in some cases, close to a decade. This duration is ideal for rival equipment manufacturers to scuttle the deal by any means, hoping for fresh tenders and a repeat of the trial process.

Further, dependence on imports binds the nation to the supplier. In the case of the US, there are laws that if the nation possessing US manufactured equipment employs it in areas against US interest, it could stop supply of the equipment or spare parts. In the case of Russia, dependence is mainly on spare parts. There have been instances, even presently, when shortage of Russian spares has adversely affected serviceability of the equipment. This issue gained prominence when the erstwhile Soviet Union split and the arms manufacturing industries were suddenly across the borders in other countries.

There are also inimical powers, who do not desire Indian armed forces enhance their capabilities. Hence adversaries would seek to employ multiple avenues to impact development of capacity and capability. In the case of imported products, spread of rumours on kickbacks or illegal means adopted by the manufacturer is the easiest. Home developed products could be impacted either by deliberate tampering or by rumours.

Scuttling of deals was largely prevalent during the UPA regime. Tender after tender was cancelled solely on claims of payment of kickbacks and the like. The government continued to be haunted by the Bofors ghost. In many cases this was being done in the advanced stage of trials or even post the selection of the equipment. Methodology adopted included leaking kickback details to the press and on occasions to elected representatives from the state or centre, who suddenly became knowledgeable. Were the claims genuine or were they the result of disgruntled competitors whose equipment had been rejected. The entire process and effort went into cold storage. It pushed capability development years behind.

Amongst the major deals scuttled during Anthony’s time as the defence minister were the Medium Multi Role Combat Aircraft (MMRCA) involving the Rafale, whose price negotiation he was unwilling to complete, Light Utility Helicopters (LUH) and the all-terrain army transport vehicle. The tenders for the 155mm Guns were issued and then cancelled, solely on fears of kickbacks. Air Vice Marshal Kapil Kak (Retired) also commented, ‘We need a person who is not pro-self but pro-India and can thus utilise the resources to the best, rather than sitting on files for personal intangible gains’.

The impact was on every service, which were compelled to remain ready for war holding decades old equipment with poor serviceability. It fought Kargil with aplomb, however were not have prepared for large scale operations. The air force was way below its essential holdings, the navy drastically below its minimum required submarine fleet.

Today, even the serviceability rate of the equipment held by both services, are below satisfactory levels. The navy suffered a series of operational accidents due to low serviceability and lack of spares, compelling its chief to resign, to send the right message to the government. The biggest sufferer in the army was the artillery, which remained locked in the eighties, desperately needing modernization.

The present government, adopted the ‘government to government’ approach, ignoring complaints or suggestions of favouritism or misdemeanours. Thus, a slew of orders for capacity development have been inked in the past three years for all the three services. The lesson which needs to be learnt from our mistakes over the decades is the importance of developing a sound military research, development and manufacturing base, within the nation involving both the private sector and the DRDO. 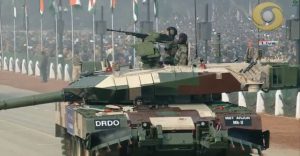 Another important lesson is the need to support this base by every means. A clear example in the present era is the development of two major artillery systems, one each by the Ordnance Factory Board (OFB) and a combined effort of the DRDO and private sector. These are presently undergoing extensive trials, which like all equipment, continue to face some shortcomings. Similar has been the effort of the DRDO in developing the Arjun tank. HAL has manufactured the Tejas for the air force. Shortcomings would always exist in every weapon system, irrespective of the country of origin.

The concerned service should adopt a methodology of interacting with the developer and manufacturer and assist in identifying shortcomings and rectifying the same before final production. Developing in-house would alleviate the shortcomings of being import dependent, saving vital foreign exchange and supporting the ‘made in India model’ as against the ‘make in India’ model.

Like the missile success story, once a breakthrough has been achieved, sky is the limit. It can be the same in weapon technology. Future models would always be more modern and gradually attain state of the art status. We should only look outwards for technologies which we have yet to master while supporting in-house developments in others.