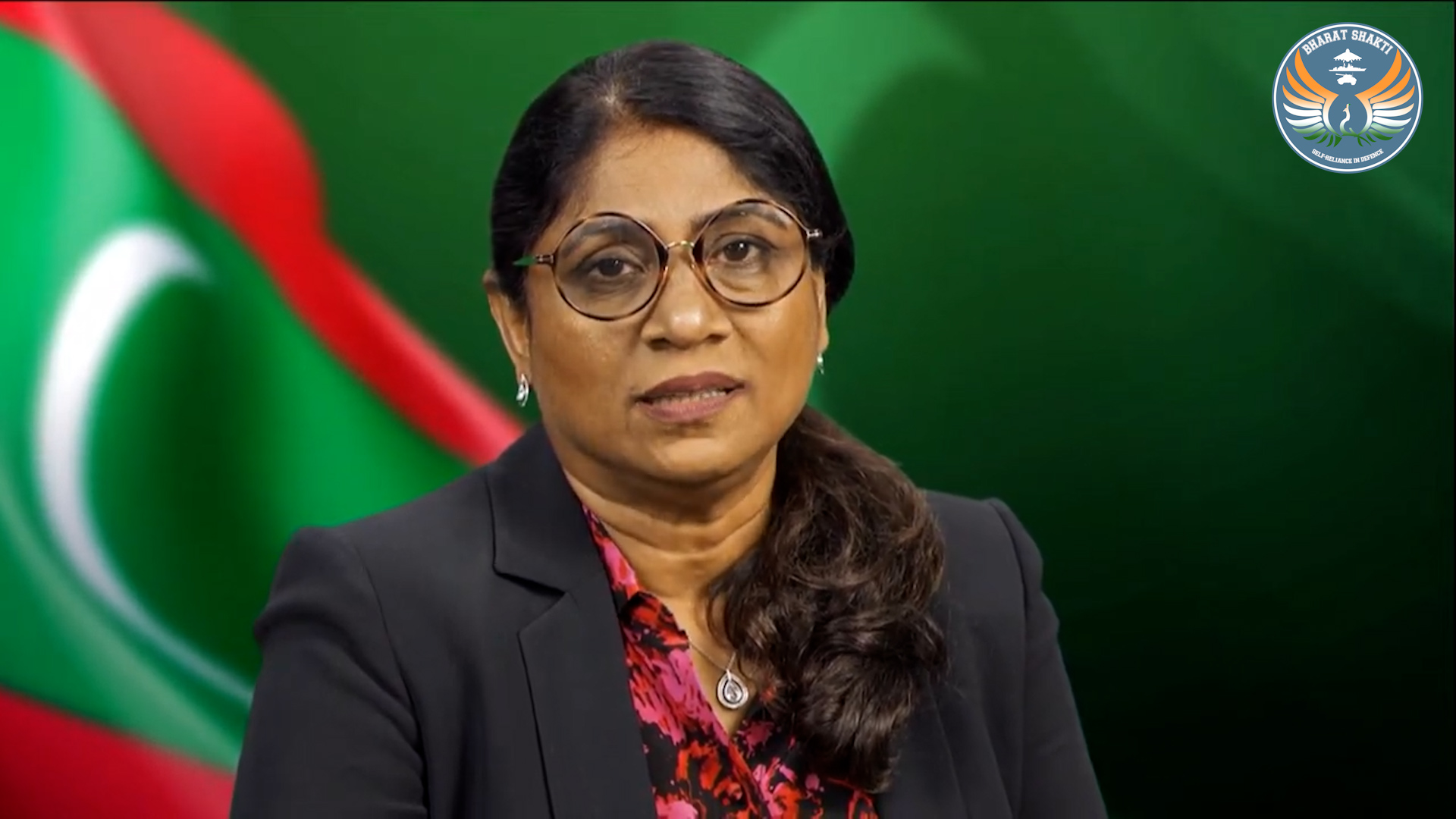 IOR Will Be At The Front And Centre Of Global Competition: Mariya Didi, Defence Minister, Maldives

Bharatshakti.in hosted its annual marquee event the India Defence Conclave 2022 (IDC) at the Constitution Club New Delhi on the 21st of September 2022. The event, formerly called the Foreign Defence Officers Conclave and now in its enhanced scope as IDC, witnessed the attendance of all three service Chiefs, Military Advisor to NSCS, industry doyens to include Baba Kalyani and JD Patil, over 70 DAs and embassy staff, a host of senior military and industry professionals.

Ms Mariya Didi, Defence Minister of Maldives, sent her recorded speech, a remarkable assessment of the Indian Ocean Region (IOR), and espousal of aspirations of smaller countries in the region and their expectations from the bigger powers seeking a competitive edge in the area.

Ms Didi pointed out, “The Indian Ocean Region (IOR) has the largest ungoverned maritime space. This leads to nefarious elements operating undetected. No country can alone ensure its security interests. For lasting peace, it’s imperative the countries cooperate in dealing with common threats they face”.

IOR is the next “Global frontier for geo-political competition”. The vastness of the IOR area and its importance both for the global economy and the development of the regional countries makes it imperative that security in the region requires cooperation among nations.

Ms Didi stated, “The IOR will be at the front and centre of global geopolitics”. No single power can dominate the space. Ms Didi also felt that India, as a leading power has a more significant role to play.

The IOR community is also responsible for ensuring coordinated effort is directed to keep the Indian Ocean rules-based and conflict-free. They must respect each other’s aspirations and concerns and help prosper to their full potential.

Ms Didi raised the question of how to foster cooperation in a competitive environment.  She felt, “Defence Co-operation is not just a concept stuck in bureaucracy. It needs to be action-oriented, promptly executed and results based”. Larger nations have to tailor their engagement with the specific requirements of smaller countries. It’s, in fact paramount that the larger nations keep their discourse and engagement relevant to the views of the smaller partners. Ms Didi recalled Mr Modi’s decision to provide support under India’s Sagar initiative to its neighbours for vaccines during the COVID pandemic.

Ms Didi also informed that many strategic priorities of smaller countries lie in the non-traditional security landscape. Larger nations wouldn’t be wise if they approached with the assumption that the “Military might make them favoured or feared.”

The smaller nations have a host of competing priorities of their own. These could include economic prosperity, safety and wellbeing of its people, social harmony, and political aspirations. Cooperation cannot be limited only to the singular aspect of security alone.

Ms Didi also opined that trust and information flow are the keys to a relationship. There is a necessity to share information that is substantive and pertinent.

Her final call placed the issue of solid relationships at the core. In her own words, “We are always stronger, together.”