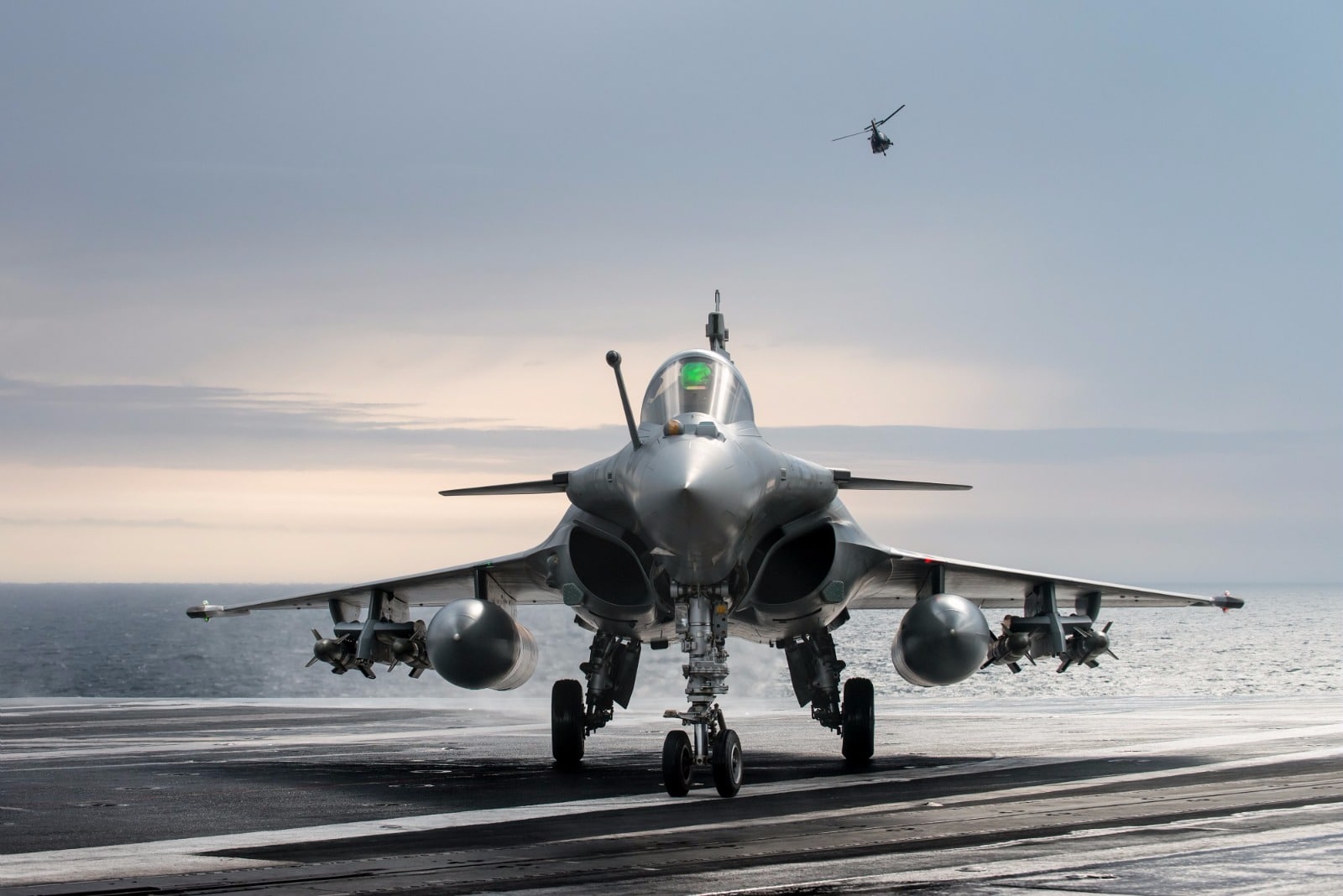 Fighter jet generational classification is often loosely quoted without reference to attributes that go to define such classifications. This article collates the broad specifications in various aspects of relevance to provide a comprehensible insight into grading of aircrafts from 1st to 5th generation. The 6th Generation is already on the design boards, and its generational leap is also elucidated.The author also provides a comparison between F-22 Raptor and the Chinese Chengdu J-20. Both aircrafts claim 5th Generation status. 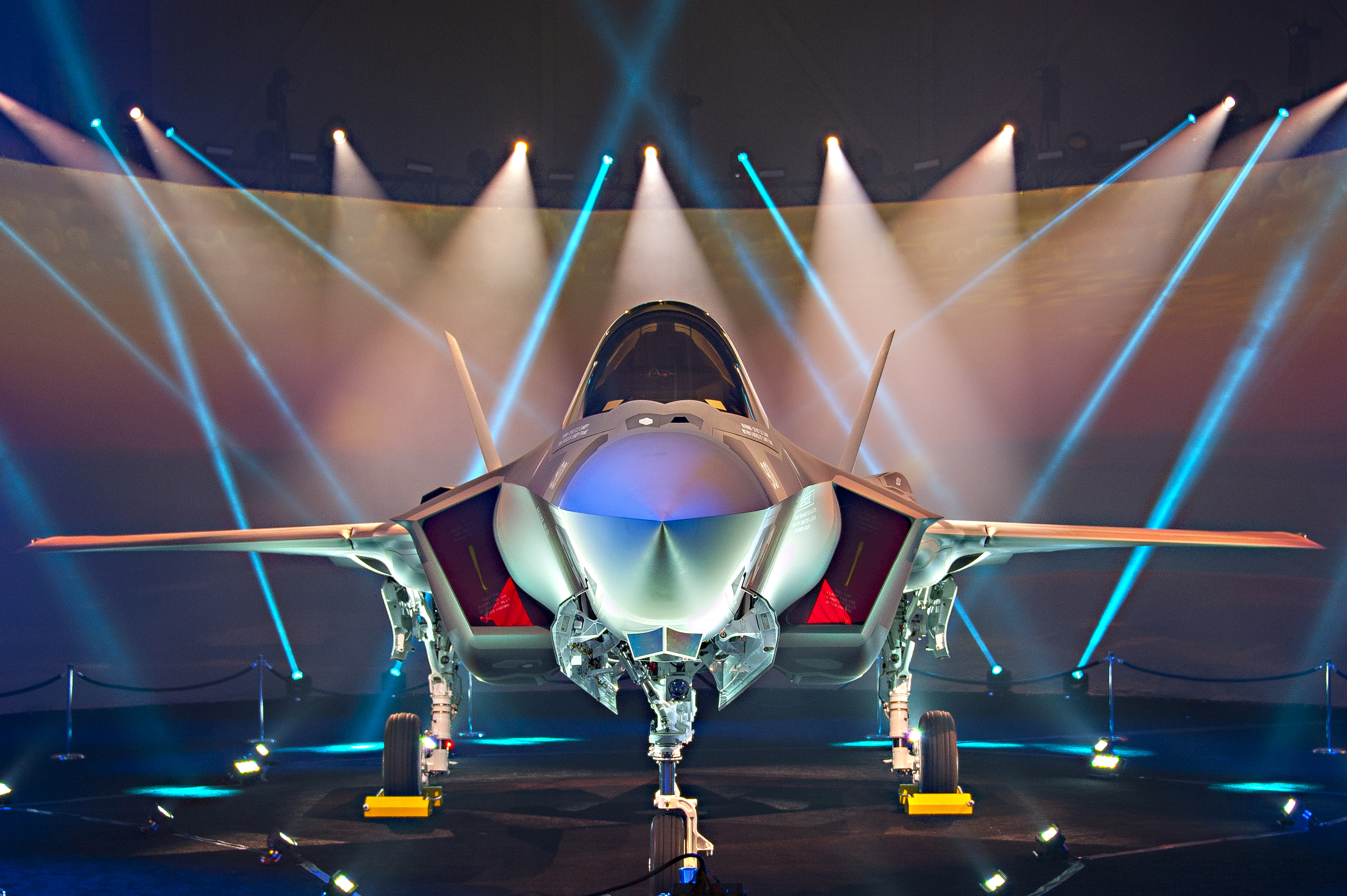 The Generational Classification of Jet fighters is primarily based on major technology leaps in their development over the years. The term Generation (Gen) first appeared in the 1990s to identify the improvements in performance of jet fighter aircraft brought about through major advances in aircraft design, avionics and weapon systems. This implied that a generational shift in jet fighter aircraft occurred when technological innovation could not be incorporated into an existing aircraft through upgrade or retrofit. This has been the generally accepted basis of defining Gen of fighter aircrafts worldwide.

The J-20 and the F-35 are not yet combat tested and have some issues regarding their performance despite claims to the contrary by the manufacturers.

The others like the Shenyang J-31 and the Sukhoi Su-57 are in the final stages of testing and operational clearance. India’s Advanced Medium Combat Aircraft (AMCA), being designed by the Aeronautical Development Agency (ADA) is also slated to be a 5th Gen fighter aircraft – the same will be produced by HAL and will need another three to four years before it sees the light of the day. 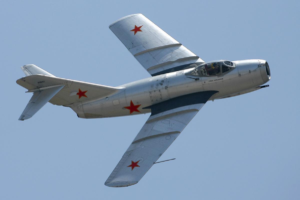 The 1st Gen of jet fighters were subsonic, armed with machine guns / auto cannon for air-to-air combat and with limited electronics, the most common examples being the Korean War-vintage US F-86 Sabre and Soviet MiG-15 (Fagot). The 2nd Generation of jet aircraft were supersonic,with limited on board radar capability and armed with early air-to-air missiles like the  AIM-9 Sidewinder. The Soviet MiG-17 and the US F-100 Super Sabre identified with this generation.

The first serious attempts at multirole-capability came to be classified as 3rd Gen fighter aircraft like the US F-4 Phantom II and Soviet MiG-23 (Flogger) equipped with beyond visual range missiles.

The 4th Gen saw a quantum jump in technology related to all three parameters like avionics, weapon systems and aircraft design resulting in high maneuverability and look down/shoot down missiles capability.  Some aircraft of this gen have enhanced capabilities due to significantly advanced electronics, maneuverability and some other significant features when compared to the basic 4th Gen, due to upgrades and have accordingly been classified as Gen 4 Plus.

A 5thGen jet fighter is a classification used around the world which encompasses the most advanced jet fighter generation as of today. 5thGen aircraft are designed to incorporate numerous technological advances over the 4thGen jet fighter, stealth being one of  the outstanding features. While the evolution of this generation of fighters is gradually taking off, the industry is already talking of the 6th Gen fighter aircraft with Optionally Manned and Directed Energy Weapons capability.

4th-Gen Jet Fighter is a general classification of jet fighters in service from approximately 1980 to the present days, and represents design concepts of the 1970s. 4th Gen designs are heavily influenced by lessons learned from the previous generation of combat aircraft. Long-range air-to-air missiles, originally thought to make dogfighting obsolete, proved less influential than expected, precipitating a renewed emphasis on maneuverability. 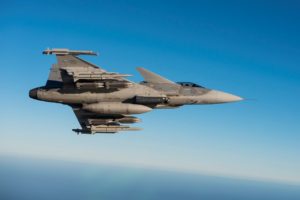 During the period in question, maneuverability was enhanced by relaxed static stability, made possible by introduction of the fly-by-wire flight control system, which in turn was possible due to advances in digital computers and system integration techniques. Analog avionics, required to enable Fly by Wire operations, became a fundamental requirement and began to be replaced by digital flight control systems in the latter half of the 1980s.

The further advance of microcomputers in the 1980s and 1990s permitted rapid upgrades to the avionics over the lifetimes of these fighters, incorporating system upgrades such as active electronically scanned array (AESA), digital avionics buses and Infra-red search and track.

Due to the dramatic enhancement of capabilities in these upgraded fighters and in new designs of the 1990s that reflected these new capabilities, the US Government has taken to using the designation 4.5 Gen or Gen 4 Plus to refer to these later designs. This is intended to field a class of fighters that are evolutionary upgrades of the 4th generation incorporating integrated avionics suites, advanced weapons and efforts to make the mostly conventionally designed aircraft, less easily detectable and track-able. Such requirement were driven by advancing missile and radar technology. Inherent airframe design features exist, and include masking of turbine-blades and application of advanced (at times) radar-absorbent materials, but not the distinctive low-observable configurations of the latest aircraft, referred to as fifth-generation fighter aircraft such as the F-22 Raptor.

5th Gen Jet Fighter is a classification used around the world which encompasses the most advanced jet fighter generation as of 2015. 5th Gen aircraft are designed to incorporate numerous technological advances over the 4th Gen jet fighter. The exact characteristics of 5th Gen jet fighters as defined by Lockheed Martin include all aspect stealth even when armed, low probability of intercept radar (LPIR), high-performance airframes, advanced avionics features, and highly integrated computer systems capable of networking with other elements within the battle space for situational awareness.

To put it simply, fighters of the current generation are revolutionary rather than being evolutionary. The example most often cited being the U.S. F-22 Raptor. These have stealth, very advanced avionics including extremely flexible AESA radars and may have super cruise – the ability to fly at supersonic speed without an afterburner.  While, as seen from above, much depends on how various specifications are viewed, as long as the airplane has two or more of these attributes, it could be considered a 5th generation fighter. As brought out earlier, the only currently combat-ready fifth-generation fighter aircrafts in service are the Lockheed Martin F-22 Raptor, F-35 Lightning II of the USAF and the Chengdu J-20 of China’s PLAAF.

The F-22 Raptor was developed by Lockheed Martin for the exclusive use of the US Air Force. Exports even to America’s closest allies are banned to protect its stealth technology.Its maiden flight was in September 1997 and it entered service in December 2005.  The Chinese warplane was developed by the Chengdu Aerospace Corporation, which began testing in 2011 and the first planes entered service in March 2017.Both jet fighters are single-seat fighters and have stealth capabilities, aviation experts believe that the J-20 has issues related to stealth due to many reflective surfaces and large size.

The J-20 and F-22 are generally of a similar size, made of advance alloy material and have similar empty weight of around 19000kg. Both planes have a ceiling of 20km and a maximum speed of over Mach 2 (2470km per hour). The F-22 has a comparatively shorter range – with a combat radius of 800km, while the J-20’s large internal fuel tank can sustain a longer combat radius of 1100km. 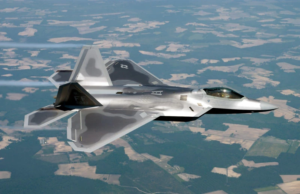 The F-22 is powered by after burning turbofan F119-PW-100 engines, which enables it to super cruise at a speed of Mach 1.82. The engines have vectoring nozzles which enable it to perform agile manoeuvres even at supersonic speeds.However, the current engines of the J-20 are its weakest link. Chinese plans to develop its own advanced turbofan engine the WS-15 is presently way behind schedule due to technology issues. Hence, the manufacturers had to rely on inferior engines, i.e., the Chinese WS-10B/ the Russian made AL-31FM2/3, which severely affect its maneuverability and stealth capability at supersonic speeds. This drawback presently raises serious doubts on its designation as a 5th Gen Fighter.

To maintain stealth, both fighters carry their weapons in internal bays. The J-20 can carry up to six air-to-air missiles, fewer than the F-22. But thanks to larger space in each bay, the J-20 can carry longer range missiles and the LS-6 precision-guided bomb.So far it has not been confirmed to have any guns, although some analysts believe it would be able to carry extended guns.The F-22 on the other hand can hold up to eight short or medium range air to air or air to ground missiles. It also has an M61 Vulcan gun in addition to four under-wing drop tank points, which allow it to carry extra fuel or missile launchers – a major advantage over the J-20.

Both aircraft possess highly integrated avionics and sensor equipment, featuring a low-observable, active electronically scanned array (AESA) that can track multiple targets in any weather. It is reported that the J-20’s Type AESA radar system is totally similar to the F-22’s AN/APG-77 system.

Finally on the cost issue, the F-22 production has been axed because of its high cost of production of  US$339 million per aircraft as compared to the J-20’s per aircraft cost of US $ 100-110 million. However, the USAF believes that they have enough numbers to cater to any threat from the Chinese J-20 or the Russian Su-57, especially with the F-35 Lightening II having also entered service.

In the meantime the USAF Research Laboratory is already looking at the conceptual 6th Gen fighter aircraft known as F-X with manned/unmanned option and with capability to travel at hypersonic speeds and carry hypersonic weapons.

Having seen the above comparable data and analysis it is clear that the US F-22 Raptor is the leader in the present 5th Gen category of jet fighters. Any threat posed to its supremacy can be only after the Chinese are capable of producing the WS-15 engines.