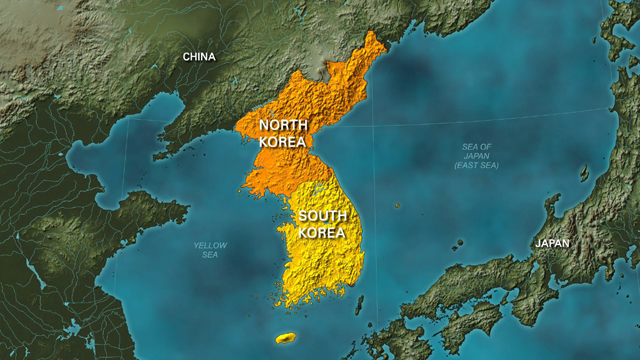 Korean Update and a Bit of Crystal Ball Gazing

The Korean peninsula is in a turbulent mode. Talks, no talks, talks; even otherwise a degree of uncertainty prevails in very many areas concerning the North Koreans. There are the expected differences in opinions of various stakeholders like Japan, China, South Korea. The North Korean President has his reasons to feel insecure. The author provides a background and then talks stock of the bigger issues that could influence the outcome of the talks.

Korean Update and a Bit of Crystal Ball Gazing

Korea has been in existence since 2333 BC. During its long history, it has had a chequered relationship with its main neighbor, China. Till late 19th Century it was a major economic powerhouse with strong economic ties with China, East Asia and Japan. In the 8th and 9th Century AD, Korea was the hub of Buddhism and it spread Buddhism in East Asia and Japan. In 1910, it was invaded by Japan and brutalised, the wounds are still fresh. With the defeat of Japan in 1945, the Korean Peninsula was divided along the 38th parallel, into North and South Korea with erstwhile USSR and USA being their protectors, respectively. 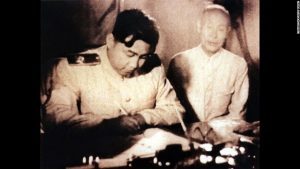 Since then both the Koreas have had an acrimonious coexistence and are separated at the 38th parallel by the world’s most heavily guarded de-militarized zone. Korean War (1950-53), defections, assassination attempts, border skirmishes have dotted their rather unnerving coexistence. During the Korean War, North Korea was subjected to merciless, crippling, and round the clock bombing of its industrial and population centers by the UN forces, mostly US; another memory deeply etched in the minds of the North Koreans.

North Korea recovered from the devastations of the Korean War and by 1957 had outstripped the South in national GDP and per capita income. However, by 1980s its economy started stagnating and the collapse of USSR in 1991 found North Korea without the support of its main benefactor. At this juncture, North Korea turned towards China and established strong economic ties. But, China of mid 1990s could ill afford to provide food grains as aid. This, coupled with the devastating floods and the resultant crippling famine, forced it to accept UN aid in 1996.

In 2001, in US the administration of George W Bush took charge. It declared North Korea as a rogue state, one of the Devils in the US defined ‘Axis of Evil’.  To avoid the fate of Iraq, where an accusation of possession of Weapons of Mass Destruction, by the UK and USA, invited the wrath of a US-led coalition of 28 nations and Iraq’s subsequent destruction and capitulation, North Korea decided to acquire nuclear weapons and directed its research in this field. On 9 October 2006 North Korea announced its first nuclear weapon test. Since then there have been a series of such tests, many in response to US threats and US-led UN sanctions, which has made the Korean peninsula one of the most volatile place in the world today.

In January 2017, the world witnessed the advent of Donald Trump as the 45th President of the United States. Since then there has been a continuous war of words and implied aggressive moves by both US and North Korea and imposition of further UN sanctions. It compelled even China to take heed of its unequivocal support of the North Korean regime. 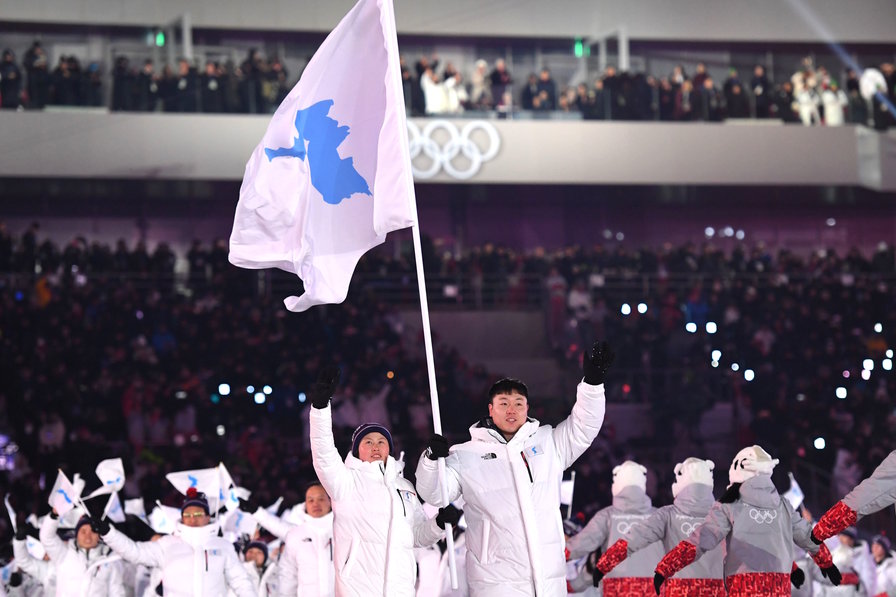 In February 2018 North Korea surprised the world by participating in the Winter Olympics in South Korea. Winter Olympics witnessed high-level talks between North and South Korean leaders and officials. This led to a considerable thaw in the tensions in the Korean peninsula. South Korea, in March 2018 announced the meeting of US President Trump with the North Korean leader Kim Jong-un, in May 2018.  Since then the Trump Administration has indicated that if North Korea gives up its nuclear weapons program, it will help develop North Korea with US aid.

North Korea, on the other hand, stated that it will dismantle and destroy its nuclear test site ahead of the meeting. On 23rd May 2018, North Korea ‘walked the talk’ by destroying the Nuclear test site on River Punggye-re, an event witnessed by foreign journalists.

However. there have been confusing statements emerging from the White House. John Bolton, the National Security Adviser has quoted the Libya scenario in this context. This cannot be treated as an isolated, one-off statement. In Libya, Col Gaddafhi gave a commitment to the UN that he will stop the Libyan quest for a nuclear weapon, mainly to avoid crippling UN sanctions. But history is witness to the invasion of Libya on 19 Mar 2011 by NATO i.e., US and a coalition of 18 Nations, in retaliation to use of Air Force by Libya on Libyan rebels, violating the 1973 UN resolution of imposition of certain No-Fly Zones over Libya and the Mediterranean.

What started as imposition of No Fly Zone and protection of human rights enlarged its scope to regime change and led to death of Col Gadhafi. This recent event of toppling of a stable and progressive regime by US and its allies, isn’t lost on the North Korean regime.

The recent withdrawal of the US from the JCPOA agreement with Iran has also shaken the confidence of the North Koreans on the veracity of any US commitment. 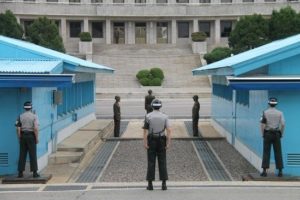 Recently Bolton stated, “Tell us where we should send our planes, pick up your stuff and take it away”. It appears as if US has confused the North Korean agreement for talks between the leaders of the two countries as a capitulation by North Korea to the US might. The meeting should have been the beginning of a dialogue between US and North Korea and the beginning of a peace process in the beleaguered heavily militarized Korean peninsula.

This brings us to the moot question as to whether North Korea is serious about the talks or not? In the backdrop of Trump’s statements of certain preconditions to be met before the talks and his 23 May 2018 statement during a meeting with S Korean President Moon Jae-in, that the 12 Jun 2018 Summit “may not work out”, North Korea has taken note that the talks will not be unconditional and that it has to make concessions, which may impinge upon its sovereignty and freedom. This has resulted in Pyongyang to issue statements, raising doubts on the Summit. Based on these developments, on 24th May 2018, the US President canceled the summit meeting between him and Kim Jong-un , based on the ‘tremendous anger and open hostility’ in Kim’s recent statements.

In the letter to the North Korean leader, he also cautioned North Korea by referring to the “massive and powerful ‘US Nuclear arsenal, with a prayer that he hopes that they are never used’. The cancellation probably emanates from the North Korean insistence to be allowed to keep a portion of its nuclear arsenal, as a safeguard, which doesn’t fit into US scheme of things.

China, as earlier mentioned, is a key player in the Korean peace talks. Recently, China has been hit by US sanctions, which it too has countered, but it’s apparent that China was losing. This became pronounced with China’s announcement of closure of the second largest telecommunication equipment company, ZTE, which threatened the loss of over a million jobs.

On 22nd May 2018, US called off the ‘Trade War’. China, which had shown strong economic growth in 2017, registering a growth of 6.9 %, was relieved. Was this a US strategy to bend China to its way of thinking in the North Korean tangle? Will China, after this experience, which would have stymied its economic growth, still remain a trusted ally of North Korea? These are a few questions which events of the next six months should unravel.

In the backdrop of all these, both the Koreas have moved forward in normalising their ties by signing the Panmunjom Declaration for Peace, Prosperity and Unification of the Korean Peninsula, during the Inter Korean Summit at the Peace House on 27 April 2018 in Panmunjom, South Korea. From a libertarian point of view, it augurs well for both the Koreas that now onwards, they can take their relationship forward in the direction as enshrined in the Panmunjom Declaration. This too has been one of the aims of South Korean President, when elected. 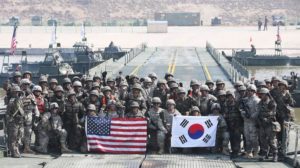 In the eventuality of unification of the Korean Peninsula, the future of the United States Forces Korea (USFK) which is a part of the United States Pacific Command (USPACOM) and has a strength of nearly 24000 combatants of Army, Air Force, Navy and Marines, will hang in balance and maybe a bone of contention in the peace process between the South and the North. On 2 May 2018, the S Korean President stated that even in the eventuality of signing of a peace treaty to end the Korean imbroglio, the US troops would not withdraw. This will be a definite deterrent in the normalization of the relations in Korean Peninsula.

In case both the Koreas decide to implement the Panmunjom Declaration in letter and spirit and ultimately unite as one nation, then US will become irrelevant in the Korean peninsula. In the eventuality of USA then being told to withdraw USFK, it will have no moral grounds. The UN mandate to maintain peace in Korean Peninsula by the presence of foreign troops in S Korea will become irrelevant, in the face of unification of Korea.

However, USFK is a major statement of USA’s ‘Power’ in the Asia Pacific region and its removal from the Korean peninsula will upset the balance of power. It may create a power vacuum. The fact remain that there is a resurgent China with its fast modernizing and expanding military next door. Further, the July 2014 declaration of the Japanese Premier Abe Shinzo to abandon its defence policy, now allows Japan’s powerful armed forces to defend allies and friends, even overseas. Under the circumstances the withdrawal of USFK by USA is a near impossibility.

The question is will lasting peace be ushered in and unification happen, heralding a new dawn for both the Koreas? Will the Korean peninsula be demilitarised of foreign troops?  Till now things have happened very quickly on the Korean Peninsula. The contrarian view is: who would have thought just before December 1989 that the Berlin Wall would come down.