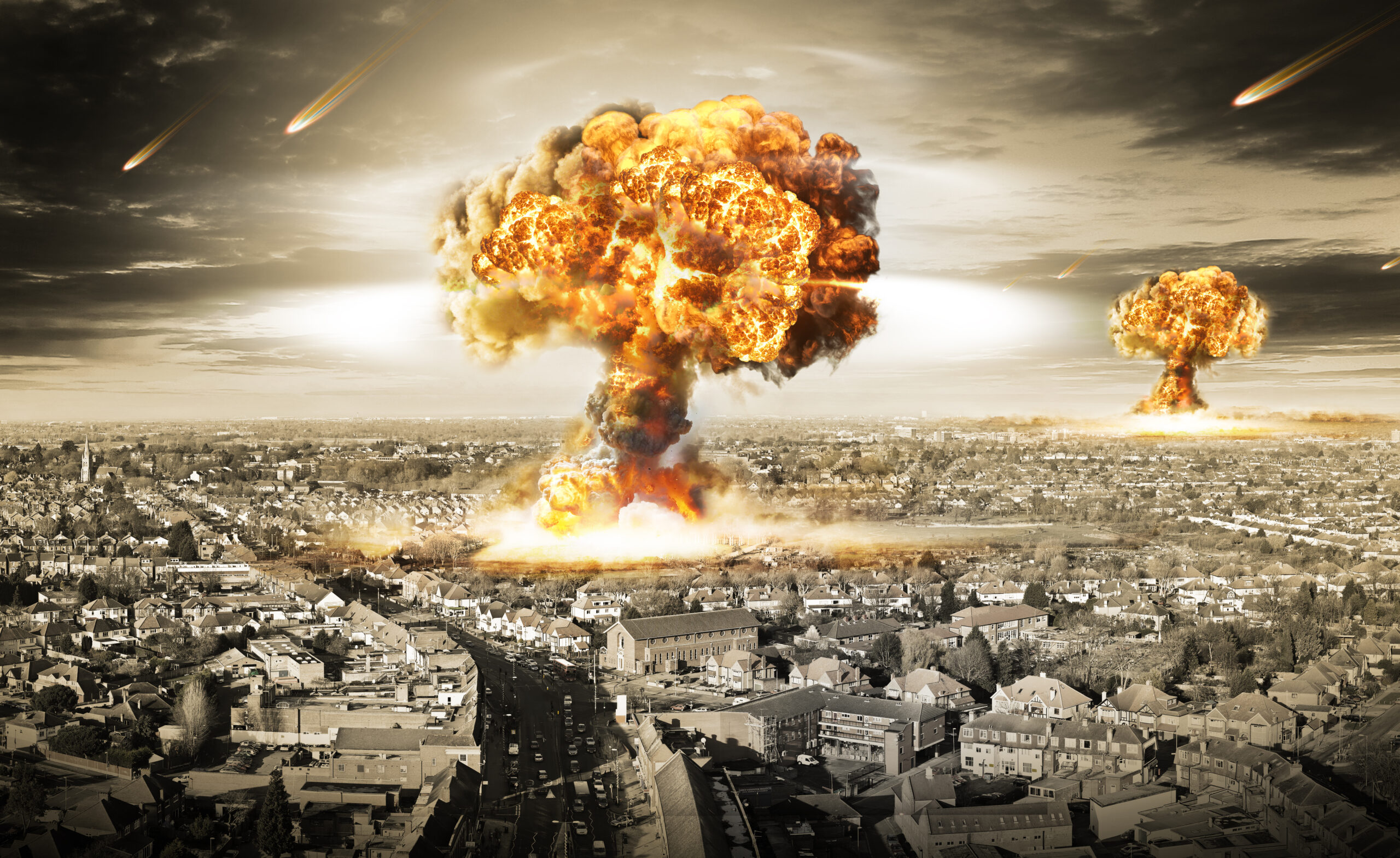 In recent years, there has been a growing perception that if a tactical nuclear weapon is used, its response will also be similar. Ukraine war and the repeated nuclear threats by Russia, a full-scale mobilisation and drill of atomic forces by both Russian and NATO forces, extremely dangerous incidents such as the bombing of the Kerch Bridge, destruction of Gazprom’s gas pipelines, the killing of over 100 Russian soldiers recently by Ukraine, has had the world on tenterhooks, fearing a tactical nuclear response.

But will a tactical nuclear war remain limited, for it may soon escalate into an all-out nuclear war which will encompass not only the two belligerent nations but all their allies too, and its short- and long-term effects will engulf the whole world.

In discussions on the effects of a nuclear war, the long-term effects have long been overshadowed by the horrifying short-term impacts of the Blast, Heat, local radiation fallout and electromagnetic pulse, rendering electronics useless. Military planners will focus on short-term results and gains for the immediate ongoing war.

The long-term effects, such as widespread fires and global climatic changes and its effects may not have been given due thought by the countries armed with nuclear weapons. The collateral effects are difficult to predict and require scientific knowledge outside the realms of military planners. Yet, in an all-out nuclear war, such collateral damages will wipe out over half of the global population, far and wide.

It is predicted that massive forest fires will ignite after a nuclear war, which, in addition to the nuclear mushroom, will throw up soot and ash in the atmosphere, blocking sunlight and heralding a ‘nuclear winter’. The global temperatures will lower on land and at sea and have many ramifications.

A 300-kiloton Minuteman explosion in a city like Delhi could cause a fire in a radius of approximately 6 km. Still, in an all-out nuclear war in this subcontinent or the world, it will simultaneously ignite many more cities where the air will turn into dust, fire and smoke.

Even a nuclear war between India and Pakistan would lead to widespread firestorms that could cause global climate change disrupting all forms of life for decades.

The Hunga Tonga volcanic eruption on 15 January 2022 released an energy of 61 megatons, much more than the largest 50-megaton nuclear bomb that exploded. Its plume injected up to 146 Tg of water vapour into the stratosphere, 56 km above, where it will stay for years and affect the earth’s climate, albeit differently from soot.

It is estimated that in an all-out nuclear war between Russia and US. 150 Tg of soot will be injected into the stratosphere.

Extreme heating will result in the loss of the ozone layer, which protects life on earth from the sun’s harmful ultraviolet (UV) rays. An injection of 5Tg soot will reduce the ozone layer by 25 per cent globally, taking twelve years to recover. A Russia -US nuclear war and its predicted injection of over 150 Tg of soot would cause 75 per cent depletion to the ozone layer.

Soot injected in the stratosphere will lead to changes on the surface of the earth. The loss of the ozone layer would result in the exposure of the land to extreme UV rays, contaminating the health of ‘life’ on earth and their food sources.

It is predicted that after a global nuclear war, the UV index would top 35 and may last up to 5 years. It may be noted that exposure to a UV index above 11 has severe consequences for humans. It also inhibits the photolysis reaction required for plant growth.

Even a 5 Tg injection of soot, as predicted in an India – Pakistan nuclear war, could reduce average global temperature by one degree and produce the lowest recorded temperatures since the ice age.

A Russia-US nuclear war and its resultant injection of 150 Tg soot into the stratosphere can result in a drop of temperatures by 8 degrees globally, in which the northern hemisphere may face freezing conditions even in summer.

Drop in temperatures will have a serious effect on agriculture. The crop season will get reduced, and many places may not be cultivable due to permanent ice. The world would face debilitating food shortages.

Global precipitation would drop significantly. A 5Tg soot injection may cause a reduction in precipitation by 40 per cent in Asia. This will unleash ‘water wars’ besides seriously impacting agriculture and human life.

The oceans will bear the longest-lasting effects of the nuclear war. Regardless of the location of the war, the soot injected into the stratosphere will disburse globally. It will reduce the amount of solar radiation reaching the oceans and result in its cooling, though slower than the landmass.

It is predicted that an India-Pak nuclear war and its injection of 47-50 Tg of soot will reduce ocean temperatures by 3.5 degrees. The US –Russia nuclear war would bring it down by 6 degrees, approximately 3-4 years after the war.

Once cooled, it will take much more time to return to the original temperatures, even when the soot gets cleared from the stratosphere. The ice cap of the Arctic and Antarctic will expand, and many ports will become snow-locked, affecting global shipping. Difficulty in transporting food, fuel, and medicines will seriously affect human life. The ‘Little Nuclear Ice Age’ predicted will become a reality.

A drop in ocean temperatures will severely damage the ocean’s ecosystem, and the ocean’s ability to support human life with food will significantly reduce. In a Russia –US nuclear war, the northern hemisphere will see a fall of up to 40 per cent in marine harvest for food. Developing coastal economies will be devastated by this shortfall.

Agriculture depends on the length of growing seasons, light levels, precipitation, and other factors. A nuclear war will alter these factors on a global scale for decades.

A 5Tg injection of soot itself will be catastrophic and result in food shortages globally. Livestock and fishing will not be able to compensate for this shortfall, nor will harvesting the remaining wildlife in the wild.

After the existing stocks of foodgrains are exhausted in a nation, food shortages will result in a country, and it will cause malnutrition, which, coupled with dropping temperatures, will result in disease and death.

Prices of food grains and fisheries for international trade will become extremely costly, and business will become negligible, mainly due to the non-availability of surpluses to export.

There’s no place to hide in a nuclear war.

Col RN Ghosh Dastidar (Retd) is a keen follower geopolitics around the globe and an amateur freelance journalist.