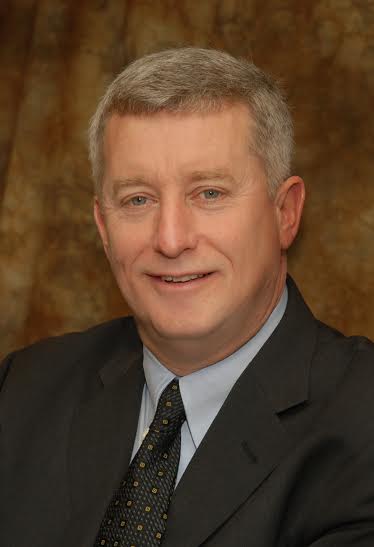 Dr. Joe Senftle of BAE Systems answers a whole range of questions on the M777 Lightweight 155mm Howitzers that the Indian government is pursuing through the FMS route with the US Government. A product of BAE Systems, the howitzer is already in service with a few armies and should the deal come to fruition, the 145 pieces to be contracted would be the first lot of guns to be imported after the Bofors scandal rocked the nation three decades back. The primary advantage of the system is its lower weight that provides strategic flexibility in deployment of the guns in the under-slung and air transported modes. The gun is in service with US, Australian and Canadian armies and is also on offer to a few more.

Nitin Gokhale (NG): What is the latest on the M777 Foreign Military Sale between the Governments of India and the US?

Dr. Joe Senftle (Dr. JS): BAE Systems has been supporting the US Government and Government of India in discussions for a Foreign Military Sale of 145 M777 lightweight howitzers for India. The sale would include an Engineering Support Package, which includes things like spares, tools and training.

Last year, encouraged by Prime Minister Narendra Modi’s “Make in India” call, we offered to establish an M777 assembly, integration and test facility in India with an Indian industrial partner. This was an integral part of our Offset offer to the Government of India. This February, we announced the down-selection of Mahindra as our business partner to provide this in-country assembly, integration and test facility for the M777.

Discussions between the governments have been progressing; with the U.S. Government recently submitting a final Letter of Acceptance to the Government of India. We are continuing to support these discussions in an effort to help finalize this M777 Foreign Military Sale.

NG: What capability does the system bring versus other towed artillery systems? 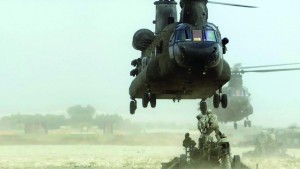 The M777 is highly portable by land, sea and air, and features a minimal logistical footprint alongside maximum reliability. This means that it can be moved frequently and re-deployed, maximizing survivability without encountering the threats that other systems face.

M777 can strike over extended distances, regardless of terrain and obstacles, and it is compatible with all standard ammo types, as well as fielded advanced rounds such as BONUS and EXCALIBUR.

With over 1,000 guns built and over 350,000 rounds fired, the M777 has a proven pedigree in Middle East and Asian operations with the U.S. Army, U.S. Marine Corps and Canadian and Australian artillery.

NG: Could you shed some light on how BAE Systems has approached the price of the Offer?

Dr. JS: BAE Systems has responded to an RFQ from the U.S. Government covering a significant portion of the case value associated with the Letter of Acceptance. We have kept our portion of the offering competitive, helped by our efforts to support indigenous operations.

Brig S K Chatterji (Retd) (SKC): You recently announced Mahindra as your AIT partner, can you talk about Mahindra’s role and why the company was selected over other bidders? 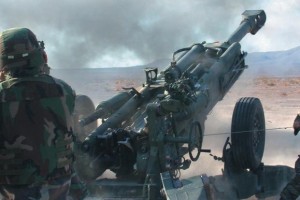 Dr. JS: In February, we announced the down-selection of Mahindra as our AIT supplier to provide an in-country assembly, integration and test facility for M777. We see this facility as being a fundamental part of the M777 program in India that would enable the Indian Army to access an artillery supply line capable of delivering a high quality product at a high rate of assembly.

Establishing this assembly, integration and test facility in India would lay a foundation to expand future work content in India. This could potentially lead to M777s for India and possible export customers being built from an Indian supply base, therefore realizing more of the “Make in India” aspiration.

We used comprehensive selection criteria that included current capability, value for money and future potential to evaluate all bidders. We down-selected Mahindra after a detailed assessment of the Company’s ability to provide the best value to the M777 India program.

We were impressed with the capability of all suppliers that submitted bids and are keen to consider them as potential suppliers for future sourcing of components and major assemblies from India.

SKC: Can you talk about your offset package and how BAE Systems would be able to deliver on its commitments?

Dr. JS: Our approach in the M777 offset proposal has been to tap into our diverse businesses, with their range of requirements to open opportunities for the Indian supply chain across our air, land and sea programs both locally and globally.

BAE Systems has offered a fully compliant Offset program, in line with the DPP Offset Policy, our package envisages developing opportunities for 30-40 Indian defence suppliers across the country. Key to our offset approach is the offer to establish an M777 assembly, integration and test facility in India, with Mahindra as our down-selected supplier.

BAE Systems has a long and successful track record of fulfilling offset commitments around the world. Our industry experience allows us to offer unique skills and knowledge that help our partners and suppliers improve their capabilities and maximize their potential.

SKC: Please tell us about the mobility and range benefits M777 brings.

Dr. JS: The M777 was specifically designed for fast strategic deployment. Weighing less than half the weight of a conventional 39 caliber howitzer and up to 75 per cent less than a 52 caliber towed howitzer, the M777 has much greater mobility and flexibility in its deployment. It can be easily transported by plane. It can also be transported and deployed by amphibious boats and unloaded on a beach, or transported by ship and dropped ashore with a helicopter. The M777 can be under-slung from helicopters such as the CH47, CH53 and MV-22, which is impossible to do with heavier guns. The M777 is also capable of being lifted to a higher altitude and to a greater operational range, and with more ammunition than any other competing system. 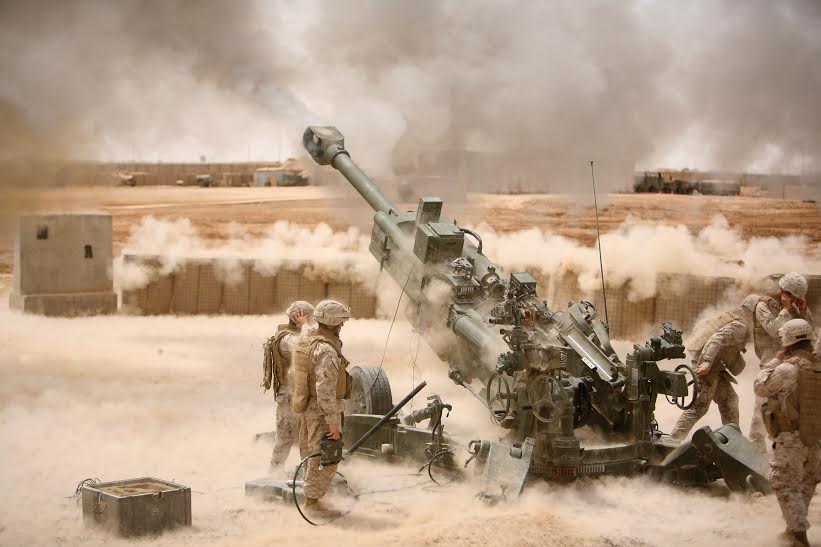 Compatible with 155mm munitions, BAE Systems is also exploring further avenues to enhance the M777’s capability through the use of a multi-service projectile capable of ranges in excess of 70 km and up to 100 km. This would place the M777 in part of the battle space currently occupied by rocket systems and aircraft, but reducing the cost of operations significantly against such other deliver systems.

The M777 can be towed with a range of vehicles. Its superior and robust construction provides an ‘all terrain’ capability due to the M777’s light weight, superior ground clearance and advanced suspension. 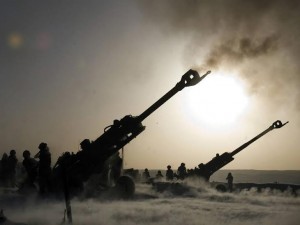 SKC: BAE Systems previously announced a production suspension of M777 in the UK. Would you be able to deliver the M777 systems upon a signed Letter of Acceptance (LOA) and contract?

Dr. JS: Yes we would be able to deliver the M777 systems upon a signed LOA and contract. When we had announced the production suspension, we did so with a strategic plan to maintain the key skills and equipment needed to re-establish this capability once a contract agreement had been reached.

We would anticipate M777 deliveries to the Indian Army would begin six months after receiving a signed LOA.

NG: Finally, what are BAE Systems broader plans for artillery in India?

Dr. JS: M777 brings a new capability to any Armed Force delivering 155mm standard, precision and extended range lethality from a platform that allows strategic offensive and defensive maneuvers. Any military looking for either expeditionary fighting capabilities or border protection needs, can exploit the versatility of M777’s lightweight, reliable and precision performance in all temperatures and all terrains.

In addition, previous lightweight artillery capability had to be compromised by reducing the size of the firing platform and munitions and hence the lethality and overall end effect. Now governments can forgo that compromise and save on the logistics footprint, by standardizing the caliber of their artillery. Spares, training and munitions can all be improved reducing the life cycle costs of operations further. 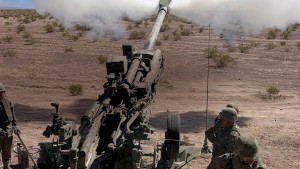 As with most artillery systems, the M777 can be modified to meet a variety of requirements. The U.S. and other militaries are looking at some of these possible modifications, which can allow for extended range, super lightweight and Mobile/Mounted Gun System variations.

BAE Systems has a long history of artillery design and manufacture, alongside a support infrastructure that provides performance based logistics and through life contracts across all its platforms. As we have been working with India for more than 60 years in the aircraft sector, we hope to repeat this relationship in support of India’s world class Army and as part of the Artillery Modernization program.