A sea change has been witnessed in the functioning of the Defence Ministry for some time, now. The best reflection of the changed environment is the new Defence Procurement Procedure (DPP) 2016. Brig Sunil Gokhale analyses the new parameters that DPP 2016 enunciates and is of the opinion that the Indian Defence Industry has a level playing field now to conduct its business now. There are improvements possible and unfinished jobs yet like defining the Strategic Partnership model. Hopefully, these will be addressed, shortly. The author sums up his assessments by suggesting catalysts to boost defence production.

Speaking at an event organised by the ASSOCHAM in May 2015, the former President of India Dr Abdul Kalam, Bharat Ratna, had spelled out a vision for an Indian Military Industry Complex (MIC), which would not only be capable to meet India’s requirements of weapon systems but also attain world class standards, thus putting it in the league of major arms exporter nations. 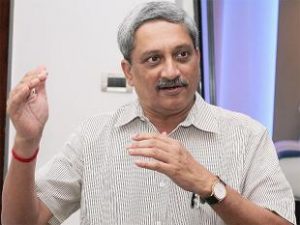 The BJP-led NDA government which came to power in May 2014, apparently endorses the late President’s vision and is actively pursuing it as evidenced by a slew of policy measures announced and implemented so far. Some of the most striking ones being:

While the above measures are basically supportive in nature, two other enabling initiatives of the government reflect major attitudinal changes of the government leadership and the bureaucracy towards industrial development. In tandem, these will help accelerate the build up of the Indian MIC like never before. These changes are, firstly, making defence manufacturing the prime driver in the ‘Make in India’ initiative to transform India into a manufacturing powerhouse, with an ambitious target of increasing the share of manufacturing output from the current 16 % to 25 % of GDP by 2025. Secondly, the release of the latest version of the DPP 2016 on 30 March 2016, applicable with effect 01 April 2016, which has been tailored to boost the government’s ‘Make in India’ initiative in the defence sector. It also improves the defence procurement process in order to make it more efficient and accountable towards meeting the needs of the armed forces. DPP 2016 is as yet a work in progress, certain important aspects such as a new chapter on the Strategic Partners, and a few appendices and annexure are yet to be notified. Among the many changes incorporated in DPP 2016 so far, two of the changes likely to initiate a paradigm shift in promoting indigenous manufacturing are as follows:

Ministry of Defence, several other ministries and industry associations will be involved in planning and executing the ‘Make in India and the DPP 2016’.

To achieve synergy and ensure success, a great deal of attention, oversight and nurturing will be required. At present there is no central overarching authority which can provide the necessary coordination and direction. Consequentially, an empowered inter-ministerial working group, termed as the ‘Defence Technology & Manufacturing Commission’ headed by the Defence Minister needs to be established. Besides this, the long delayed appointment of a Chief of Defence Staff will ensure judicious prioritisation and curb inter service friction in procurement issues. Similarly, in order to significantly improve the productivity and quality of Defence Public Sector Units and Ordnance Factories, the Vijay Kelkar Committee report also needs to be implemented without any further delay.

While the DPP 2016 has been welcomed by the industry and the three service chiefs, the proposal for nomination of ‘Strategic Partners’ has been opposed by some private sector companies as they fear losing out to their peers who are already established players in defence manufacturing. Employee unions in the government run defence industries are also echoing their concern, as they are apprehensive of being pitted against the private sector on a level playing field. Under these circumstances, proving the naysayers wrong by taking quick decisions for executing the projects under the ‘Buy (Indian-IDDM)’, ‘Buy (Indian)’, ‘Buy and Make Indian’ and ‘Make’ categories will be critical to the success of ‘Make in India – Defence Manufacturing’.