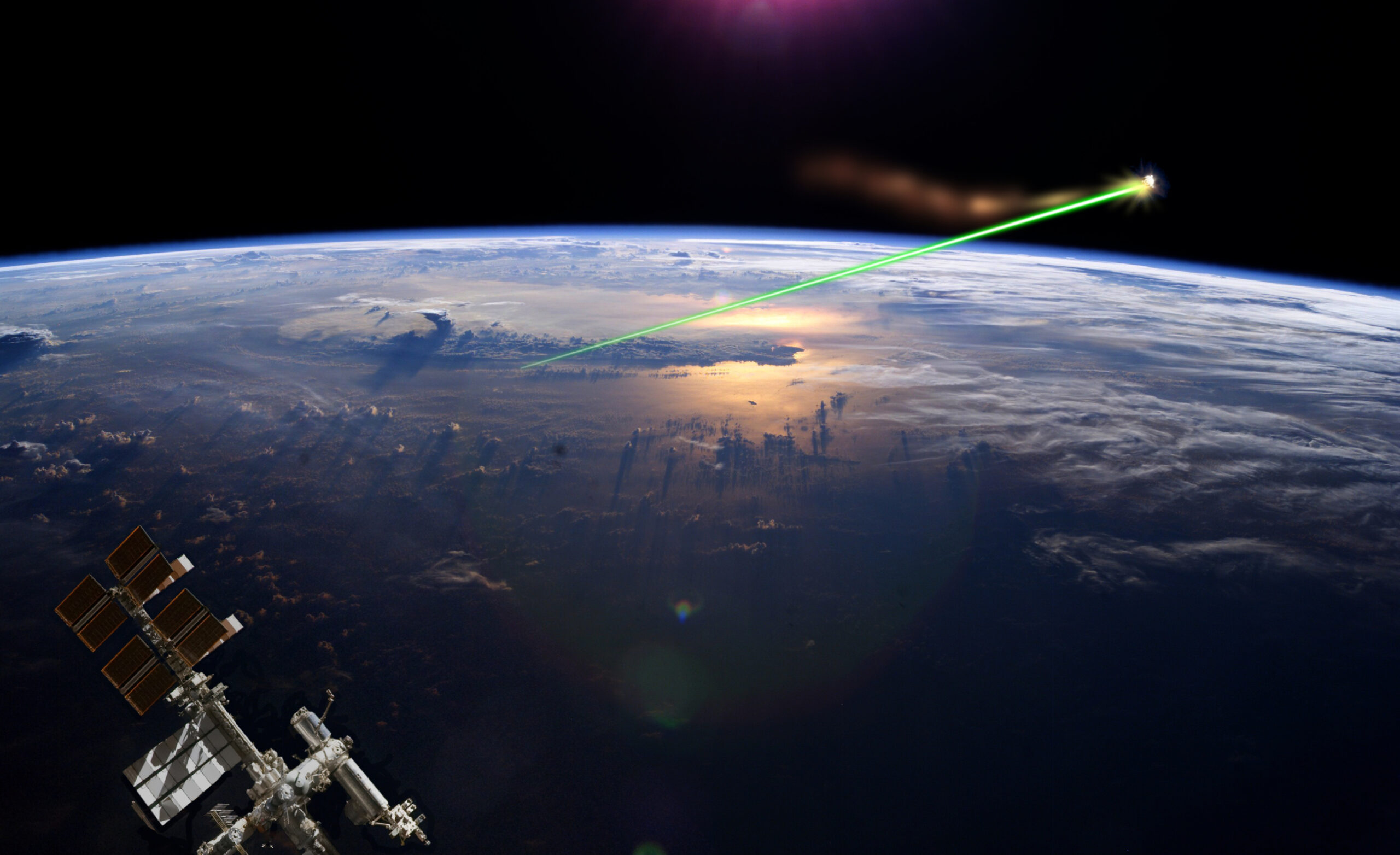 The testing of Anti-Satellite weapons has created a tenuous situation for space assets of all countries. In the space arena, the drive to dominate space as another sphere of combat that could have a decisive effect on the land, sea and air battles remains a focused pursuit. The article takes stock of the current situation and ways and means to ensure space assets of various countries remain safe.

On 15 November 2021, Russia launched an Anti-Satellite Missile (ASAT) and destroyed a defunct Russian satellite, Kosmos 1408. The event caused over 1500 pieces of debris in Space. The debris created posed an immediate danger to the Chinese space station “Tiangong” and International Space Station (ISS).

Similar ASAT tests have been conducted by China in 2007, USA in 2008 and India in 2019. The conduct of ASAT tests by four major powers in Space is an indicator that militarisation of Space is on the rise.

Since the launch of the V2 rocket by Germans in 1942, Space has been used for military purposes. Satellites for GPS technology, USSR’s Space Station, Space Shuttles, Tiangong, Satellites with high resolution imagery, and for tracking and guidance have been used for military purposes explicitly. Diverse use for civilian applications employing high end technology is rapidly blurring the lines between military and civilian usage of Space.

The rise in economic activity between Moon and Earth, an area termed as Cislunar, indicates that our dependence on it will only increase. The economic and military exploitation of lunar resources being planned by Space powers in future will add need for security, making military presence on Moon, mandatory.

This has added a new dimension to the conflict between nations who now will contest not only on sea, land and air, but it will extend it to the Cislunar space including Moon.

In response to the shift in the centre of gravity of combat to “aerospace”, advanced nations like France, USA, Russia and China have created a separate Space Division in their military. These Space Forces are organised, equipped and trained to protect their nation’s space assets in and beyond Earth’s orbit. In doing so, these countries are seeking new collaborations. This is bound to give rise to new ‘Power blocks” and initiate a new Arms race.

It dictates that we urgently evaluate military applications of “emerging technologies” to make governance decisions in their respect, to prevent militarisation of Space. The urgency to do so increases every moment due to the present rapid deterioration in the relations between the major powers, the weakening of Arms Control, the non-adherence to the UN Outer Space Treaty of 1967 and the gathering momentum of militarisation and weaponization of Space.

Major powers “seek advantage and to avoid disadvantages”. If the purpose to include Space in the realm of military warfare is to ‘gain advantage’, then the race to gain dominance in it is expected. As the realm of Space including Moon becomes increasingly valuable for economic gains, the race to protect assets in Space will trigger an arms race. This arms race has the potential to trigger a nuclear conflict on earth between nations seeking dominance of Space.

Those who will seek to dominate will also seek to develop arms to ‘deter’ as in the case of Nuclear Deterrence. ‘Deterrence’ needs to be lethal or otherwise it won’t ‘deter’. In Nuclear War, race for development of deterrence threatened the very existence of mankind on earth making the major powers realise its futility, resulting in Arms Control treaties and ‘this’ was during the height of the Cold War.

Then it was diplomacy which took the sting out of the race to dominate and capped development of new technologies. The urgent action of newly elected President Biden to renew the New START arms control agreement with Russia, to prevent it from lapsing is a case in point where diplomacy triumphed, to prevent and curb the race for mutually assured destruction.

Today, the race for domination on earth is much more complex than the Cold War days. It not only encompasses USA and Russia but also US and China. The balance six nuclear nations namely UK, France, India, Pakistan, Israel and North Korea too are seeking to increase and consolidate their spheres of influence. In addition, many nations have advanced missile technology which makes them a power centre to reckon with. Some of these nations have advanced space technologies, UAE being the latest entrant and all have plans for economic and military exploitation of Space.

The race to dominate Space is ‘on’ and one can hear echoes of the origins of nuclear arms race in this realm. Countries seems to have forgotten this chapter from history and are convinced that warfare in Space is inevitable and thereby the growing need to dominate it.

But unlike a Nuclear War, the following questions need to be answered by the nations who are militarising Space: –

If the answers to the above questions point to the very extinction of life on earth, as Space War will inevitably spill onto the earth, with the warring nations targeting each other’s launching pads of ASAT and command and control centres, thereby enlarging the conflict into all domains, including nuclear, then today it’s urgent that that space powers indulge in diplomacy; the kind that has prevented nuclear war till date.

Space is not exactly a lawless vacuum or a “wild west”. Activities in Space are governed by the United Nations 1967 Outer Space Treaty, a treaty which again highlights the wisdom of the two space faring nations of 1967, namely USSR and USA. It is ratified by 111 nations and offers broad principles for activities in Space.

It assures freedom of exploration and use of space to all mankind with inbuilt restrictions like use of Moon and other celestial bodies only for peaceful purpose. The second restriction is that a space faring nation must give ‘due regard’ to the corresponding interests of fellow space faring nations.

The treaty specifies use of Moon and other celestial objects only for peaceful, purposes but omits laying down rules for the use of the intervening Space.

The treaty also does not define ‘peaceful purposes’ or the ‘due regards’ a space faring nation must display in respect to its peers.

The Treaty also specifically prohibits nuclearization of Space but does not prohibit use of conventional weapons in space or weapons like ASAT. These rather vague limitations leave enough room for misinterpretation and conflict.

Realising the need to overhaul the archaic treaty of 1967, in November 2021, the UN General Assembly has approved a resolution seeking to appoint a new open ended working group to develop rules for military activities in Space. The resolution was passed by 163-8 votes with nine absentees. Russia and China opposed the resolution though earlier they had moved a resolution called “Prevention and Placement of Weapons in Outer Space”, which then was rejected by USA.

The rationale of the resolution was the creation of space debris and their long-term threat to all the satellites in Space, as a potential reason for a conflict in future. Therefore, the new rules must seek a time bound clearance of the space debris, the technology for which has been developed and European Space Agency in December 2019 had announced the launch of ClearSpace-1, the first space mission to remove debris from earth’s orbit, in 2025.

If major space faring nations like USA, Russia, China, India, Japan and others provide leadership, this UN initiative will rapidly progress to coin detailed rules for exploitation of Space in the spirit of 1967 Treaty. It will result in framing the much needed legally binding rules and methods for verifications aimed to prevent militarisation of space which threatens international peace and it can start by banning ASAT.

This month this resolution is likely to be approved by the UN General Assembly. If done, then the “working group” should be able to start discussion to coin the rules and methods for verifications, to enable it to table the report by mid-2022 or earlier as the growing urgency is now dictating.

In the interim, Space powers like the United States, Russia, China and India could reduce tensions by declaring unilateral moratoriums on any further testing of their ASAT weapons and readily agree to participate in the working group next year.