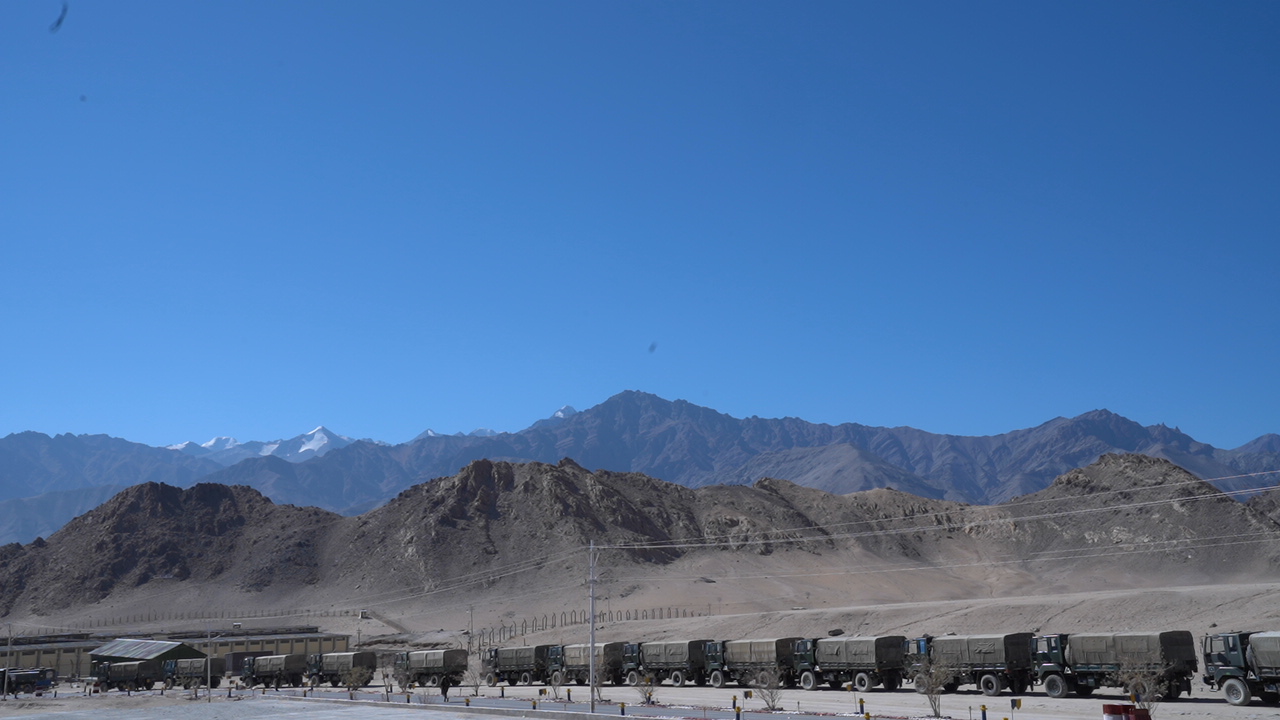 National Security: Looking Forward Through the Prism of 2020

The volatility inherent in geopolitics, and the intrinsic unpredictability in anticipating wars, have been often historically proven. In the Indian context, the experience started with the 1962 Sino-Indian conflict. Our diplomacy failed to restrain the Elephant from stomping on our sovereignty. Take a Leap across a few decades, the old story of lessons not learnt is exemplified by Kargil in 1999. Caught off-guard, we bled before we restored the Line of Control to its old alignment. 2017 Doklam stand-off with the Chinese had rung loud bells, however, the large scale multiple incursions in Easter Ladakh, again caught us off-guard. Today, Eastern Ladakh can neither find a balm to heal the pain of our 20 boys lost nor offer, after dozens of meets at military and diplomatic levels, the scantiest hopes of stability during the next summer.

One objective the Ladakh confrontation has served is the urgency that has crept into the procurement of arms and ammunition for our forces. The Annual Report of the Ministry of Defence throws light on some of the major steps undertaken by us in 2020. Some issues to include reforms in higher defence management, new procurement policies and a rush of acquisitions deserve dwelling upon.

The Government appointed the first CDS on 1st January 2020. The CDS is the Principal Military Advisor to the Raksha Mantri on all Tri-Services matters. It was a momentous decision that was long overdue. Simultaneously, the government also announced another major reform i.e., the creation of a Department of Military Affairs (DMA) within the Ministry of Defence. The CDS has also been designated as Secretary, DMA.

With the appointment of the CDS, the decision to transform from single service commands to joint-services commands was also taken and the office of the CDS was made responsible for it. Jointness has been given a huge acceleration. Theatre commands will bring together the resources of all the three services for optimised employment. The first joint command to be announced was the Air Defence Command that will combine the resources of the three services.

DAP 2020 was released. The new procedure emphasises Atmanirbharta (self-reliance) in defence production. The DAP aims to cut down the time taken in the procurement cycle. Defence Offset Guidelines 2020 were also promulgated to attract investments and technology through offsets in the Indian Defence Industry. Policy decisions to promote indigenous development and production of defence equipment were also announced. FDI through the direct route has been raised to 74 per cent to attract foreign investments in the defence sector.

As far as the induction of modern equipment is concerned, the Rafales have started flying in. One of the best fighter aircraft globally, 36 of them has been initially contracted. Upgrade of MiG-29 fleet is also underway. Purchase of 21 MIG-29 along with up-gradation of existing 59 Mig-29 aircraft from Russia and procurement of 12 Su-30 MKI aircraft from HAL has also been approved by the Defence Acquisition Council (DAC). The case for 83 Tejas MK 1A should be soon finalised.  Air launched a version of supersonic BrahMos missile has been integrated on Su-30 MKI. The case for 114 jet fighters is as yet to make any substantive progress.

As far as the helicopter fleet of the IAF is concerned, induction of CH 47 F(I)- Chinook heavy-lift helicopters have given a huge to boost to our heli-lift capabilities. A total of 15 helicopters had been contracted and the complete fleet has now been received. These helicopters have proven to be a boon all through the crisis in Eastern Ladakh. The Chinooks have twin rotors and can carry 45 personnel or 11 tons in weight.

The IAF has also inducted the H-64E Apache helicopters. A total of 22 helicopters had been contracted for the IAF. The Apache is an attack helicopter primarily for use against armour. The IAF received its last five helicopters in July 2020. Highly manoeuvrable and heavily armed with missiles and guns on board, the Apache is the most lethal helicopter in service globally, today. They would be a huge deterrent both against the Chinese in the mountains and Pakistanis in the plains of Punjab or in the desert terrain obtained in the Rajasthan sector. In February 2020, another six helicopters for Indian Army were ordered. The deliveries for the Indian Army Apaches are planned to begin in 2023.

The Navy commissioned two major platforms INS Kavaratti (P31), an Anti-Submarine Warfare (ASW) stealth corvette and a warship IN LCU L57. Of the 43 naval ships ordered, 41 are being manufactured in India. Meanwhile, the progressive trials of the Indian Aircraft Carrier 2 continue. Basin Trials were successfully concluded and the Carrier should be undertaking Sea Trials, shortly.

Meanwhile, Arighat, a nuclear-powered ballistic missile-carrying submarine (SSBN) of the Arihant class, is already past its sea trials and is likely to join the naval fleet this year. Once it joins the fleet, India will have two nuclear-powered submarines capable of carrying ballistic missiles. Both SSBNs are armed with K-15 Submarine Launched Ballistic Missiles that range up to 1500 km. Such a capability is an essential part of the Triad of any nuclear power, especially so in the case of countries that espouse a “No First Use Policy” in their nuclear doctrine.

Project 75’s third submarine, Karanj, is undergoing the final phases of its sea trials. It should be inducted soon. The fourth boat of the same class is also undergoing sea trials. The project, though hugely delayed, is delivering. The next lot of submarines to be produced under Project 75-I is yet to make much progress. It needs to be hastened to keep in view the increasing Chinese interests in the Indian Ocean Region.

The Navy might yet go for five Fleet Vessel Ships from Turkey, essentially used for replenishment of ships at sea. The deal was in jeopardy with Turkey’s increasingly proximate relationship with Pakistan. However, as on date, it appears that the deal might progress.

The Navy’s attempts at procuring minesweepers has been repeatedly stalled in the past. However, the Navy is going in for Autonomous Underwater Vehicles (AUV). An RFI has been issued drawing a response from a couple of Indian companies. AUV induction might just get a push with the Chinese operating more and more boldly in the Indian Ocean. These can be used for tracking underwater mines laid and also destroying them with a shaped charge.

The Army has been focusing on modernisation of its Infantry since long. A couple of years back, we were in a state when even the right quality Bullet Proof Jackets were not available for our troops operating in insurgency areas. Such basic deficiencies have been attended to. The army has procured adequate clothing and tentage for our troops to survive the winter in Eastern Ladakh.

There were loud complaints about the INSAS rifle that is the basic weapon of the Infantry soldier. As of now, over 72,400 Sig Saur rifles have been procured. The Army has moved a case for another 72,000 of these rifles. The necessity has arisen with the AK 203 project, a JV with the Russians, failing to take off, as yet.

The MoD also signed a contract for procurement of 16,479 Negev 7.62×51 mm light machine guns for Rs 880 crore. The Israel Weapons Industries (IWI) manufactures these machine guns. They will replace old vintage equipment of infantry soldiers who are right up at the forward edge in a contact battle.

Indian Artillery was way behind in its modernisation schedule a couple of years back, however, much has been done in the recent past. The inductions undertaken in the previous years included the 155 mm Ultra Light Howitzers of BAE Systems and K9 Vazra 155mm Tracked Self Propelled guns of L&T. Now we have inducted Dhanush, a 155 mm, 45-calibre towed artillery gun with a range of 36 km. The Advanced Towed Artillery Gun System (ATAGS) is also in the pipeline. It’s a 155mm calibre gun that ranges up to 48 km and is lighter than other guns of its category. The trials are on. 150 pieces were approved in 2018 by the DAC. Excalibur ammunition to achieve better range of 155 mm guns has also been procured.

The Indian Army is also focussed on enhancing the surveillance capabilities of its frontline troops. Remotely controlled, hand-launched UAVs are being procured that have limited endurance but can be flown and controlled from forwarding localities giving commanders a birds’ eye view of enemy dispositions/activities.

The Navy has also taken on lease two UAVs MQ-9 Guardian/Predator-B of General Atomics on lease. These have an endurance of 30 hours. Both the drones are unarmed and will be utilised for intelligence, surveillance and reconnaissance purposes. The US had approved the sale 22 of these drones to India. These are possibly the best in class products.

2020 has been a difficult journey for most countries. For India, the Chinese incursions and Covid 19’s substantial effects on our economy have posed severe challenges. There are no signs of disengagement in Eastern Ladakh, as on date. The chances of China attempting fresh incursions in other lightly held areas along the LAC during the coming summers are quite plausible. If they do so, it’s also possible that they will use enhanced force levels.

Even with a limited conflagration, we will need an army that’s combat-ready to fight against a technologically superior force that is served by better infrastructure. To face the challenge we need to quicken the pace of modernisation by an additional allocation of funds. The sovereignty of a nation comes at a cost, and our forces are tasked to win even in a two-front scenario.