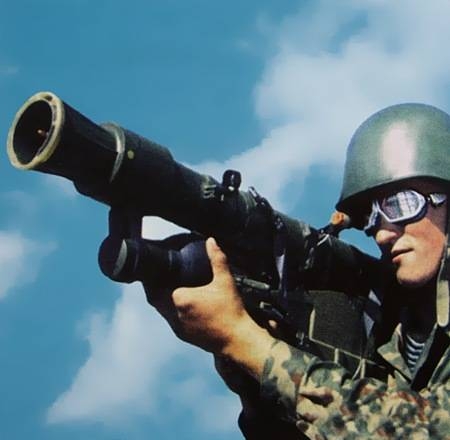 The inventory of the Army Air Defence Artillery reflects the most dated list of weapon held by any of the combat arms of the Indian Army. The current status calls for an immediate induction of state of the art equipment to enable the Indian Army to field its combat potential optimally in the tactical battle area.

The author provides a detailed account of Air Defence Artillery’s current equipment status and also dwells upon the Air Defence Control and Reporting System which is critical for the Air Defence battle. He also provides the details of new acquisition like the indigenous Akash and upgradation of other air defence assets in progress.

The Indian Army Air Defence (AAD) is tasked to provide air defence to key assets in the Tactical Battle Area (TBA). The current battle space envisages offensive operations in land, sea, air, cyber and outer space. AAD in conjunction with Indian Air Force counters the air component of the threats. It is also important to note that in the current strategic dynamics, India faces a two front threat from China and Pakistan. This is an extremely important factor as the present resources of AAD are sparse and at best caters for employment in prioritised areas.

The TBA in any operations would be subjected to threat from numerous elements. 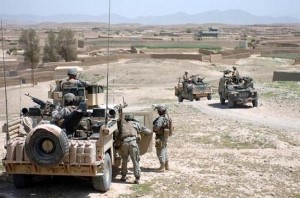 These include fighter jets using standoff weapons, attack helicopters, unmanned aerial vehicles (UAVs), unmanned combat aerial vehicles (UCAVs), loitering missiles, ballistic and cruise missiles as also short range tactical nuclear weapons. Apart from these, low earth orbiting satellites flying at lower altitudes can keep a constant surveillance over the battle area enabling the adversary to select and engage targets and undertake Post Strike Damage Assessment. The air threat has been enhanced not only from outer space but also due to introduction of stealth technologies. China has already demonstrated its stealth fighter aircrafts and a variety of UAVs and UCAVs which require expertise to counter accurately. The Chinese are experimenting with cyber weapons and directed energy weapons which could be used to decimate air defence weapon systems. They have also displayed innovativeness in making its obsolete fighter aircrafts into drones and these could be used for one time pin point attack missions. This makes the task of air defence challenging as there would be a requirement of state of the art weaponry to effectively counter the high technology threats.
Apart from these challenges the current force level of AAD is insufficient, capable of undertaking only limited priority air defence tasks in the tactical battle area. As AAD operates in conjunction with the Indian Air Force a lot of synergy is also needed to counter the air threat effectively.

The existing AAD Equipment primarily comprises guns and missiles. The equipment is obsolete; best enunciated in a letter by General V K Singh, the former Chief of Army Staff to the erstwhile Prime Minister Shri Manmohan Singh. In this letter he had candidly stated that more than 90 percent of Air Defence equipment of the Indian Army is obsolete and needs immediate replacement. Indeed a serious assessment which calls for immediate attention.
The AAD currently needs to modernise expeditiously. Despite best efforts by the Directorate General of Air Defence, most of the equipment needs to be replaced. 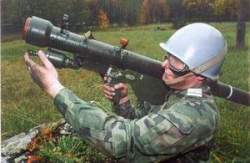 The main weapon held by the Corps of AAD is the 40 mm L/70 Air Defence Gun which was introduced in the late sixties after the 1965 War with Pakistan. The other systems that we have, Kvadrat Missile System (SAM-6) in conjunction with the Strela (SAM-7), OSA (SAM-8) as also the Self Propelled Schilka were used by the Egyptians in the Yom Kippur War of 1973. All these systems failed miserably in the Israeli offensive in Lebanon in 1982. 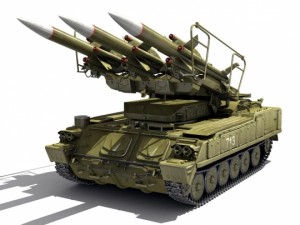 The shoulder fired Igla missile is of 1980 vintage. A few units of Tunguska held by the ADA are of late 1980s origin. The Air Defence Control and Reporting System, in effect the nerve centre of the air defence system, also needs to be modernised. As on date air defence assets are purely confined to the Strike Corps and are available in limited quantities. In the event of a two front war, there is hardly any air defence equipment available in the mountains. There have to be concerted efforts to address these problems.
The Defence Research and Development Organisation (DRDO) in its Integrated Guided Missile Programme had two projects for AAD. These were short range SAM, Trishul and medium range SAM, Akash. Trishul failed in its development firings and the project was foreclosed. The development of Akash along with its Rajendra phased array radar was a success story. Its first test flight was conducted in 1990 and user trials were completed for the Indian Air Force in 2007 and the equipment inducted on 03 March 2012.
The trials of the Indian Army on a tracked vehicle took a little longer and were finalised by 2010. In June 2010, the Defence Acquisition Council (DAC) placed an order for two regiments on Bharat Dynamics Limited (BDL) which was made the nodal agency for the production. The AAD gainfully optimised the system to function in conjunction with the mechanised spearheads in the TBA.

On 05 May 2015, after more than three decades, the Indian Army inducted the indigenously built supersonic SAM Akash capable of engaging targets up to a range of 25 km and an altitude of 20 km. The COAS made a special mention about the significance of the induction of such complex indigenous weapon system towards the Make in India initiative. With 96 percent indigenous content, the state of art weapon system is a tribute to our research and development capabilities. The weapon in its present configuration will be suitable for deploying on The Western borders. The Army has initially ordered two regiments each having three firing batteries. The total cost of the entire system is Rs 19500/ crores. These will in all likelihood replace the Kvadrat system.

The induction of Akash has given a big boost to the Corps of AAD. Coming on to other priorities, the foremost requirement is the replacement of the L/70 Gun.

With the failure of foreign firms to respond to the Request for Proposal a decision has been taken to float a US $400 million tender for manufacture of the guns by domestic industry. This would be a pragmatic step as our developers and manufacturers have already demonstrated their capability to manufacture guns and radars.

The next issue pertains to replacing the short range SAMs. The Indian Army has completed the trial evaluation of Very Short Range Air Defence System (VSHORADS). The $ 6 billion acquisition caters for 1000 launchers and 6000 missiles. The bid is a three way fight between French MBDA Mistral, Sweden’s SAAB RBS 70 NG and Russia’s new generation Igla-S. Field evaluation trials were conducted at Rajasthan (hot weather), Ladakh (high altitude, cold weather), and Vishakapatnam (coastal trials). Further, system trials of sights and sensors were undertaken at Bengaluru and Dehradun. All these weapon systems have demonstrated their capabilities during trials to include multiple target detection, tracking by day and night, providing the data to the missile and engagement of aerial targets. The Army is looking for a system in multiple configurations which could be man portable, fitted on a twin launcher and based on a high mobility vehicle. The processing of the trial results will result in deciding the systems suitable to our General Staff Qualitative Requirements. Thereafter, the selection of the L1 followed by Commercial Negotiations to fix the price, followed by signing of the contract. Hopefully, all this should be completed in about two years, and induction would commence about three years from now, at the earliest.
Another area we need to concentrate on is the Air Defence Control and Reporting System. This is a system for tactical command and control for Air Defence assets. As no single weapon system can adequately protect critical assets against the innumerable airborne threats, the system allows integrated firing capabilities by Air Defence weapons on a target. The system also provides dedicated high volume voice and data exchange throughout the network in real time enabling real time communications and engagement.
Bharat Electronics is developing a Control and Reporting System which is categorised into four hierarchal levels. These are as stated below:-
• Weapons and Radars: They form the first level. This includes multi point real data communication over VHF and serial Omnibus.
• Command Post: These are for control of the weapon. These are linked to the Vulnerable Area/ vulnerable Points. Covers about 50kmx50km.
• Operations Centre: This covers a larger area of 100kmx100km.
• Divisional Air Defence Centre: The Air Defence battle of the full division will be orchestrated from this centre and would cover an area of 200 Kmx200km.
The system is capable of real time, updated and accurate recognised Air Situation picture against a GIS backround, interconnectivity to other TAC C3I networks of the Indian Army and the Integrated Air Command Control System of the Indian Air Force. The system enables the Army Air Defence to undertake its task and will be inducted after test bed trials.
The ZSU-23-4 Schilka Air Defence System has been upgraded by Bharat Electronics Limited, Bengaluru.

The first upgrades were handed over to the Army in November 2014. As a part of the upgrade, the radar, analog computer and engine were replaced with advanced systems. An air conditioner has been added for crew comfort. The addition of an electro optical system that can operate in tandem with the radar, enables accurate identification, acquisition and tracking of targets while operating in a hostile electronic environment. According to Bharat Electronics Limited the upgraded Schilkas can fire on aerial targets while moving as also engage enemy aircraft and helicopters in all weather conditions both by day and night. In addition, the system can accept cueing from external surveillance radars thereby providing better operational performance. The first phase of upgradation will see 48 Schilkas undergo upgradation. The remaining 42 will be upgraded in the second phase. An upgradation adds normally 10 years to the life of equipment and it is essential that the Directorate General of AAD utilises this period of time for developing a new system based on futuristic technology.
A decision has also been taken to manufacture the L 70 and ZSU 23 mm guns indigenously. The Request for Proposal has been issued and it appears that Bharat Forge and Punj Lloyd are keen to manufacture a new gun system. Apart from these the AAD is in the process of inducting a new generation of surveillance and tactical fire control radars to improve surveillance, acquisition, tracking and engagement of aerial targets.
Conclusion
The AAD has begun the modernisation process in right earnest by undertaking proactive measures to induct new indigenous equipment. The Akash weapon system is a force multiplier which would help to optimise Indian Army’s Air Defence systems. Early decisions on manufacture of air defence gun systems within the country and a concerted drive to improve the air defence control and reporting system are urgent necessities from operational readiness point of view.