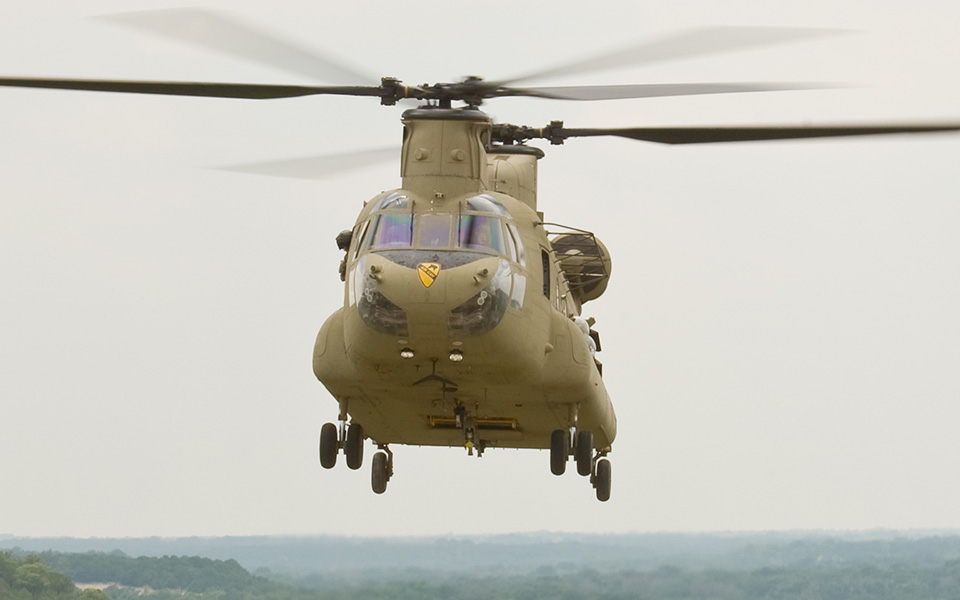 In Part I the author had dwelt upon developments in helicopter technology and the evolution of various models, especially in the US and Russian helicopter industries.

In Part II, the author dwells upon the convergence of varied tasks being undertaken by a single basic machine – the concept of multi-role helicopters. Lt Gen Pawar goes on to take stock of Indian capabilities and explains the relevance of the ALH model of HAL in both utility and attack helicopter versions.

A portion of the Part I has been repeated in this part to assist in comprehension.

World over today, the armed forces are seriously looking at the multi-role concept, due to the changing nature of conflicts and financial constraints. This concept basically revolves around the use of utility helicopters both in the lift/logistics and armed role. The size of such helicopters would be between cargo and light observation and their armament would generally be restricted to guns and rockets. Some of these may also have the capability to be fitted with air to air and air to ground missiles. The ALH is a classic example of a multirole helicopter with its utility and armed version (Rudra) available to the Indian Military.

The US military is already moving in this direction and their JMR fleet vision envisages narrowing down the more than 20 helicopter types spread across the services to only three basic models, plus a new ‘ultra’ category extending vertical take-off and landing aircraft into the domain of medium sized fixed wing transports. The vision lays down that no helicopter in all three basic categories-light, medium and heavy will be slower than today’s fastest conventional helicopter and should be powerful enough to carry their predecessors as external payload.

With regard to data acquisition, day/night observation and detection capabilities will increase and become more diversified specially in respect to information sharing and cooperation with other aircraft and UAVs. This aspect has already been incorporated in the Block III Apache model. Target engagement capabilities with regard to weapon range and precision is likely to remain the focus of future developments. With sub conventional operations gaining ascendency around the world, helicopter survivability will assume greater significance. Advances in stealth, such as reductions in radar and acoustic signatures offer major results in this area, as does the development of early detection/jamming countermeasure capabilities.

Some of the above technologies are already being incorporated in the development of Airbus’s X2, X3 and X4 and Sikorsky’s X2 co-axial compound helicopter as technology demonstrators. The main emphasis is on speed, stealth, reliability and survivability. Many of these designs go well beyond the tried and tested rotor and propeller system that has defined generations of helicopter technology since their introduction into the military use in the forties. The co-axial rotor design by cutting out the requirement of a tail rotor provides a whole heap of benefits to include more power (enhancing the payload capability), greater speeds, stability and noise reduction.  In fact in its demonstrative flight, Sikorsky’s X2 achieved a speed of 287 mph a major leap from the current standard helicopter speeds – the X2 has a rear tail fin rotor which provides the speed boost rather than anti torque thrust. Its military version the Sikorsky ‘S-97 Raider’ is stated to be the future light tactical scout helicopter of the US military. Airbus X3 technology demonstrator is another oddball chopper that can’t seem to figure out whether it wants to be a helicopter or a plane. But this aircraft is already turning heads by having achieved speeds that are fifty percent faster than the conventional helicopters and lower vibration levels. The X3 has two propellers on the side of the craft thereby removing the need for a tail rotor and is being projected by Airbus Helicopters for the military’s use in search and rescue, special forces operations and troop transport.  The X4 is under development and is expected to replace the Dauphin family in the 4 – 6 ton class. 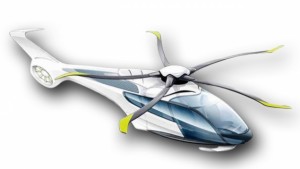 Finally, the development of innovative concepts, along the lines of V-22 Osprey (tilt-rotor technology), could generate fresh momentum in the utility/logistics domain. The V-22 has operated extensively in Afghanistan and was instrumental in the rescue of a downed US pilot in Libya in 2013. Agusta Westland has also come up with a similar rotorcraft, the AW-609 – a significant player in the emerging tilt rotor market. Agusta Westland sees the craft as a troop transporter similar to the Bell- Boeing V22 Osprey.  Such an aircraft would be ideal for deployment in our North Eastern region where the infrastructure is woefully inadequate. The latest in the tilt-rotor field is ‘Bell’s V-280 Valor’ third generation tilt-rotor demonstrator. Bell’s Valor programme is a quantum technology jump on its earlier V-22 Osprey aircraft and attacks affordability with technology – the Valor is expected to fly in 2017. 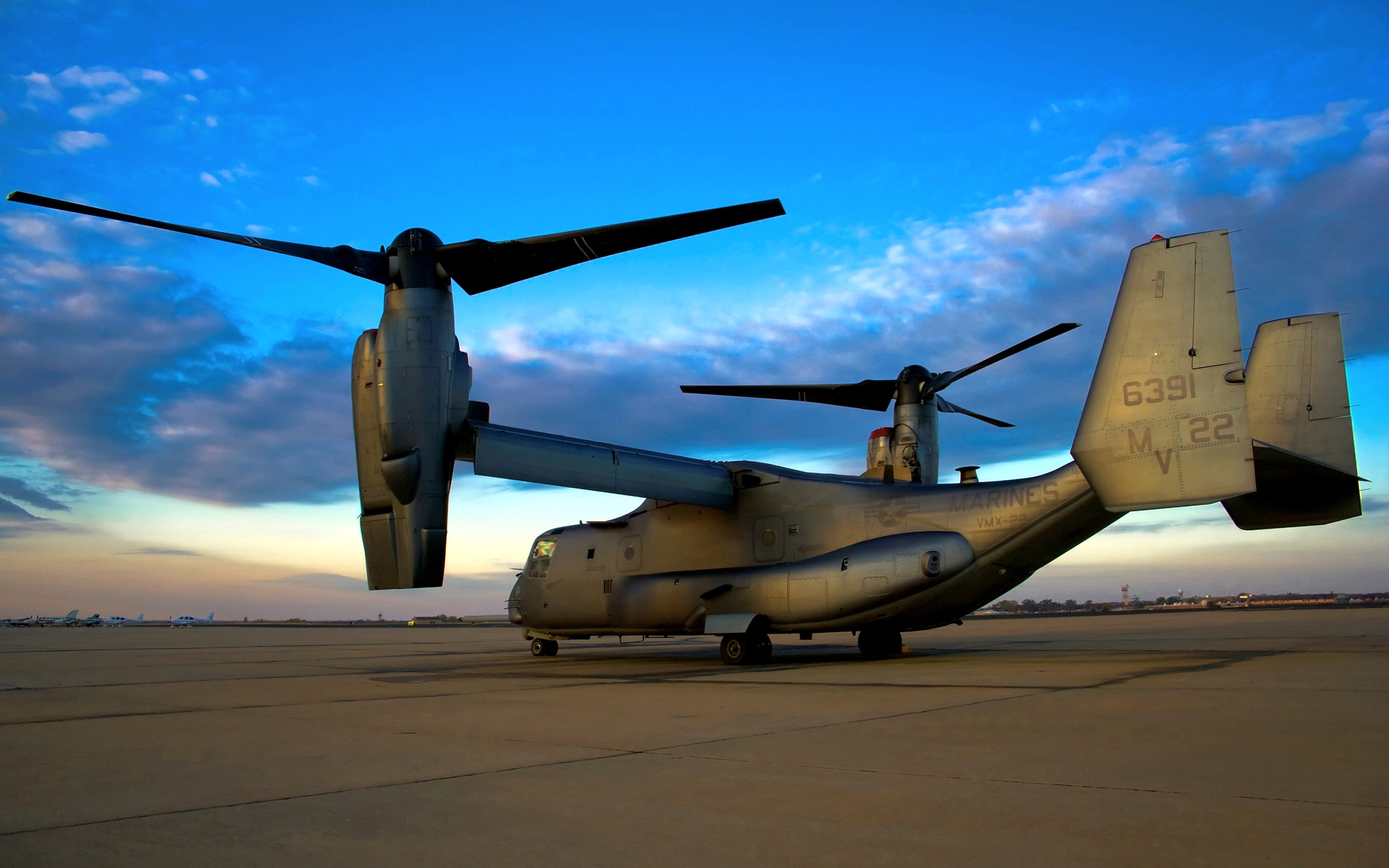 Another area of future development is helicopter UAVs. Two avenues are already being explored and implemented in different countries- UAV-helicopter cooperation and development of rotary wing UAVs. Lockheed Martin’s K-MAX helicopter UAV was deployed in Afghanistan for logistic resupply and has proved to be quite a hit. It has been able to fly in adverse weather conditions when manned helicopters could not fly. Northrop Grumman’s ‘Fire Scout’, is another helicopter UAV which is already in service with the US Navy, capable of operating from ship decks. The latest in the unmanned field is the unmanned version of Sikorsky’s UH-60A Black Hawk helicopter modified for both manned and unmanned flights. The Indian Military is also seriously examining these unmanned options.

The operational diversities of the Indian Armed Forces coupled with extremity and variety of terrain (from sea level to high altitude) underline the need for state of art, modern technology helicopters capable of operating both by day and night in a complex battlefield environment of future. As per reports the armed forces are looking to induct as many as 1000 plus helicopters in the coming decade ranging from attack and high altitude reconnaissance to medium and heavy lift variants. Presently the Indian military holds in its kitty approximately 600 helicopters of all types and class including specialized ones, but majority of these have far exceeded their life span and are either obsolete or nearing obsolescence.

Recently India has signed a $ 3 billion deal for purchasing upgraded version of 22 Apache Longbow Attack Helicopters and 15 Chinook Heavy Lift Helicopters – both are leading helicopters in the world in their class. The army is also looking at the acquisition of another 39 Apache helicopters for which the in principle approval has already been given by the Government. In another significant Government to Government deal under the ‘Make in India’ Policy, India and Russia have jointly agreed to manufacture 200 Ka-226T Light Observation Helicopters in India. While 60 helicopters will be acquired in a fly away condition the balance 140 machines will be manufactured in India in collaboration with HAL. As per reports some private companies may also be involved in this project.

With the’ Make in India’ policy in place, a number of Indian Companies are in the process or have already formed Joint Ventures (JVs) with foreign companies. Indian majors like Tata’s, Reliance, Mahindra, etc are already in the fray, looking at JV’s with foreign majors like American – Bell and Sikorsky, Russian – Kamov and European – Airbus Helicopters. The projects for 197 RSH (Army & Air Force) and 100 plus NUH (Navy) are still wide open with decision yet to be taken by the Government.

Indigenous Capability – Presently the most significant development in the HAL helicopter development venture is the Light Combat Helicopter (LCH), stated to be a state of art attack helicopter with capability to operate in the mountains. The LCH uses the technology of the existing ALH and its configurations, except that the fuselage is suitably modified and streamlined for tandem seating required for a modern day attack helicopter. An indigenous attack helicopter is a step in the right direction as it has been tailored to suit the terrain and climatic conditions of our area of operations.

A number of development flights have taken place since its maiden flight on 29 Mar 2010 and it is expected to be ready for trial evaluation by end of this year. Both air force and army are the potential customers for induction in their inventories. The HAL is also looking at the development and manufacture of a three ton class Light Utility Helicopter (LUH).  This development is to cater to the Light Observation and Reconnaissance class of helicopters for the military. While HAL claims to field it by 2017, the current progress on its development belies these claims.

The involvement of private industry in helicopter development needs to be encouraged by the Government in order to stop the monopoly of HAL and ensure greater competition in the market. The industry also needs to keep in mind the developing future helicopter technology and incorporate the same in its projects. There is an urgent need to develop a collaborative approach towards developing helicopter manufacturing base in the country for using the strengths of both the public and private sector towards fulfilling national aspirations.

Note: You can read Part I of the article here: https://bharatshakti.in/military-helicopters-expanding-capabilities-future-developments-part-i/